The deaths of three patients who contracted food poisoning while in the hospital for other conditions have been linked to a venerable favorite of the south – Blue Bell ice cream.

A household name in parts of America, Blue Bell issued the first product recall in its 108-year history on Friday. The company also shut down one of its production lines as the government warned consumers to clear their freezers of a number of ice cream bars and cookies made by the Texan firm.

Five adults who were patients at the same hospital in Wichita, Kansas, contracted listeriosis from the listeria bacteria sometimes found in food. Three subsequently died.

Federal and state investigators are looking into the deaths; the investigation could expand beyond the hospital and Kansas to include other deaths where listeria may have been a factor and was linked to eating tainted versions of the popular brand of ice cream…

Four of the five patients for whom dietary information was available to investigators were shown to have consumed milkshakes at the hospital, which had been made with a single serving of a Blue Bell ice cream product called Scoops.

The listeria strain obtained from those four patients was linked, after laboratory testing, to tainted Blue Bell products examined in South Carolina and Texas this year…

The ice cream product eaten by all five has been traced to one of the production lines at Blue Bell headquarters in Brenham, Texas, where the machinery was immediately taken off line.

The chief executive of the Brenham creamery, Paul Kruse, said contamination of the ice cream could only have taken place at the point of production.

The company has removed a list of products from shelves and the CDC has called on the public to destroy any they have in their freezer, as the products have a shelf life of up to two years.

Blue Bell doesn’t make anything we consume in our family – we don’t especially eat ice cream; but, there are beaucoup places where the brand is so well established consumption is as much a tradition as a matter of taste.

RTFA for a listing of the kinds of ice cream products from Blue Bell that should be taken from your freezer and destroyed if you have any of them.

Mexican officials have reportedly offered millions in tax incentives for Sony and MGM to shoot the next James Bond installment in Mexico.

A report posted on the American website Tax Analysts, shows emails of Mexico offering up to $20 million in tax incentives for filmmakers to change their script, cast “a known Mexican actress” and shoot Mexico in a positive light to combat the country’s negative image…

The original script included an assassin named Sciarra, who had his sights on the mayor of Mexico City, however, Mexican officials insisted that the villain “cannot be Mexican” and requested his target be changed to an international leader instead.

In exchange for their financial incentives, Mexican officials also reportedly demanded that Stephanie Sigman be given a Bond role, which seems to have been secured with the announcement last week. Sigman will be playing the character of Estrella.

The studio admits Mexico’s changes to the script went beyond what governments typically allow in film deals, however, they apparently allowed Mexico to “make casting decisions, dictate characters’ ethnicities, and even change the occupation of an unnamed character that never appears on-screen or figures into the story outside of the opening scene.” 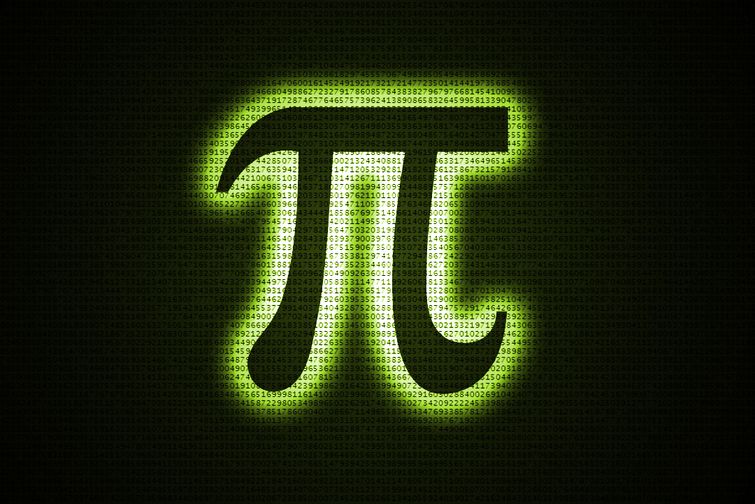 Today is the most magical day of the year: Pi Day.

It’s also the most magical year of the century: Pi Year.

That is, today’s date is 3/14/15 (at least in the US and a few other countries that write dates the same way), which matches up nicely with the first five digits of pi, the ratio of every circle’s circumference to its diameter: 3.1415.

But it doesn’t stop there. As University of Toronto statistician Jeffrey S. Rosenthal has pointed out, at an infinitesimally brief moment just after 9:26:53.58979 am but slightly before 9:26:53.5898 am, we’ll have Pi Instant.

At this impossibly short moment, our particular civilization’s way of marking the amount of time elapsed since an arbitrary date in history will match perfectly with every single digit of pi, an irrational number that literally never ends (when expressed in a base 10 numbering system, or any system that uses a natural number as its base).

Pi will ring throughout the land. It will extend to infinity. For the briefest of moments, pi will fill the gap in your soul.

Savor this moment. Appreciate it. Think of circles…It won’t happen again until 2115, when you’ll probably be dead.

And you just missed it.

The vote on the Cybersecurity Information Sharing Act, 14 to 1, occurred in a secret session inside the Hart Senate office building. Democrat Ron Wyden was the dissenter, calling the measure “a surveillance bill by another name”.

The bill’s bipartisan advocates consider it a prophylactic measure against catastrophic data theft, particularly in light of recent large-scale hacking of Sony, Target, Home Depot and other companies.

Private companies could share customer data “in a voluntary capacity” with the government, Burr said, “so that we bring the full strength of the federal government to identifying and recommending what anybody else in the United States should adopt”…

The bill faces strong opposition inside and outside Congress. Beyond expanding government’s reach into private data outside warrant requirements, it mandates real-time access to that data for intelligence agencies and the military.

Privacy advocates consider the bill to provide a new avenue for the NSA to access consumer and financial data, once laundered through the Department of Homeland Security, the initial public repository for the desired private-sector information. Campaigners consider the emphasis placed by the bill’s backers on DHS’s role to be a misleading way of downplaying NSA access to win congressional support…

But Burr admitted the bill would still allow companies to share directly with the NSA, and…While the NSA has labored to convince the public to move on from international condemnation of its digital dragnets – though Congress has passed no legislation to curtail them – acrimony within the tech sector at the surveillance giant persists.

Wyden declined to comment to reporters, saying as he left the meeting: “You guys know I like talking about this stuff but I can’t say anything.”

He later articulated his dissent in a statement: “The most effective way to protect cybersecurity is by ensuring network owners take responsibility for security. Strong cybersecurity legislation should make clear that government agencies cannot order US hardware and software companies to build weaker products, as senior FBI officials have proposed.”

As long as I have been a political and social activist, I have had to confront the gamut of ethically-challenged creeps on the payroll of one or another bureaucracy supposedly chartered to provide security for Americans. They are backed up by Congressional fools who slaver over their trite slogans like a hound for a lamb chop. They have never done a damned thing that bettered the lives of ordinary working families. Mostly, they only exist to threaten those who stand up against domestic and international bullies, bigots and apologists for thievery.

American coppers have had some kind of Red Squad since before the name became popular. Their solution to what they call sedition usually is a club or a bullet. Today’s national and international coppers are somewhat more sophisticated; though, Cheney and Bush reminded us that torture is still the first choice of the completely demented and drunk with power.

It might be nice – once in a while – if our elected officials considered legislating on our behalf instead of contriving lies to secure their patriarchal wet dreams.

Some of the stolen goods recovered — Lakeville PD photo

The imprint of a license plate in a snowbank proved to be the undoing of a couple suspected of a series of burglaries in Massachusetts.

A Lakeville police officer investigating a home break-in traced the imprint to a pickup truck that matched the description of a vehicle seen at other burglaries.

Chief Frank Alvilhiera told The Enterprise of Brockton on Monday that the truck was traced to a Dartmouth hotel…A search of a hotel room uncovered more than 300 stolen items, including jewelry, watches, wallets, laptops and cameras. Alvilhiera estimates the goods are worth at least $10,000.

Something good besides lots of snowshoeing had to come from all that snow on the South Shore.