Later this year, the U.S. Department of Agriculture may approve the Arctic Granny and Arctic Golden, the first genetically modified apples to hit the market. Although it will probably be another two years before the non-browning fruits appears in stores, at least one producer is already scrambling to label its apples GMO-free.

The looming apple campaign is just the latest salvo in the ongoing war over genetically modified organisms (GMOs)—one that’s grown increasingly contentious. Over the past decade, the controversy surrounding GMOs has sparked worldwide riots and the vandalism of crops in Oregon, the United Kingdom, Australia, and the Philippines. In May, the governor of Vermont signed a law that will likely make it the first U.S. state to require labels for genetically engineered ingredients; more than 50 nations already mandate them. Vermont State Senator David Zuckerman told Democracy Now!, “As consumers, we are guinea pigs, because we really don’t understand the ramifications.”

And the apples have been OK’d. The article is several months old – and worth revisiting.

But the truth is, GMOs have been studied intensively, and they look a lot more prosaic than the hype contends. To make Arctic apples, biologists took genes from Granny Smith and Golden Delicious varieties, modified them to suppress the enzyme that causes browning, and reinserted them in the leaf tissue. It’s a lot more accurate than traditional methods, which involve breeders hand-pollinating blossoms in hopes of producing fruit with the desired trait…

So what, exactly, do consumers have to fear? To find out, Popular Science chose 10 of the most common claims about GMOs and interviewed nearly a dozen scientists. Their collective answer: not much at all.

No need to review all 10 points here. RTFA. POPSCI ain’t exactly a hotbed of politics. Just folks who work for a magazine that’s been writing about science for over 140 years.

In the U.S., farmers have been planting increasing amounts GMO crops since the seeds became commercially available in 1996. Corn, cotton, and soy—which together occupy about 40 percent of U.S. cropland—are the three crops with the highest GMO fraction by area, each more than 90 percent in 2013.

One of our late contributors discovered a bakery in his home state of Georgia – like a lot of really great bakeries – was using a genetically-designed sourdough culture. Chatting with the owners who happened to be friends of his is how he learned about it. And they swore him to a secret he took to the grave – because they know damned well that folks who love the wonderful flavor of their sourdough bread would crap their non-GMO cotton drawers if they knew. And they’d probably be out of business at least in their fashionable Atlanta suburb even though a side-by-side blind test with any other great sourdough would be impossible to tell apart. Except for the consistent results they get from their baking.

Nope. I’ll stick with science, I know enough about peer-reviewed testing to be 99.999% confident – even if “common wisdom” says all studies are funded and owned by Monsanto. Differentiate between the creeps using scientific studies to bad ends – and the science itself. Learn how many rules you have to abide just to get your article published – which is why the most recent bought-and-paid-for creep who violated those standards had to lie.

And if you’re truly concerned – read the science, not opinions from other folks who aren’t reading the science either. Draw your own conclusions. Personally, I find well-written science fun to read. And I love learning about science – whether it be astrophysics or asafoetida. I also realize there are only so many hours in the day; so we rely on folks our experience says are usually right. That can be a problem when those folks try to find facts to back up their beliefs instead of the other way round.

When I became involved in climate science discussions at the millenium, I spent two years reading and studying before I became convinced one way or the other. The delight was discovering regular online publication of a broad range of research from the Max Planck Institute in Germany – in several languages including English. A great find. I hope you can be as fortunate.

Oh well, plenty of dirty money left for us

BP has severed its ties with the American Legislative Exchange Council, a corporate-funded nonprofit group that promotes a pro-business, free-market agenda through state legislatures.

There’s nothing pro-biz or free market about the racist and outright reactionary crap they polish up for their Republican flunkies.

Other members of the council, such as EBay, Microsoft, and Google departed last year, with Google citing the group’s opposition to climate-change regulation. A spokesman for London-based BP said the company had determined it didn’t need ALEC, as the group is called, to advance its legislative priorities.

“We continually assess our engagements with policy and advocacy organizations and based on our most recent assessment, we have determined that we can effectively pursue policy matters of current interest to BP without renewing our membership in ALEC,” BP spokesman Brett Clanton said in an e-mail.

ALEC develops model legislation for state legislatures. It was behind Florida’s so-called Stand-Your-Ground law, which drew scrutiny after Trayvon Martin was shot and killed by a neighborhood watch volunteer who later was acquitted of murder. The group also has pushed to repeal state mandates for renewable energy use.

One of the sleaziest and most secretive fronts for the fossil fuel finks. Like their peers in the US Chamber of Commerce, they often mask their hatred of progress in some flavor of conservatism – though always closer to Mussolini’s version of fascism as corporatism. Racism and other bigotries fit them well.

An FBI agent in the District fired for stealing heroin, collected as evidence, for his personal use has been charged with 64 criminal offenses and, through his attorney, said he would plead guilty and focus on avoiding a drug relapse.

The 33-year-old former agent, Matthew Lowry, had been part of a team targeting violent drug traffickers who cross between Maryland and the District. His misconduct compromised cases and forced the dismissal of charges against 28 defendants. It also exposed weaknesses in the handling of drug evidence in the FBI’s Washington field office…

The case represents a stunning turn for the Maryland resident, who graduated near the top of his class at the University of Maryland, earned a graduate degree while working full time for the FBI and tried to follow his father’s distinguished career in law enforcement. He was found six months ago, seemingly incoherent, on a lot near Southeast Washington’s Navy Yard with open bags of heroin in his agency car…

Friends had noticed Lowry’s erratic behavior, but knew that he had a new baby at home and was having trouble in his marriage. They took Lowry to a fellow agent’s apartment that night.

But the next day, agents were cleaning out the trash in the car when they found the drugs. Inside were evidence bags, full of heroin, that had been cut open…

The Washington Post obtained more than 600 pages of internal documents, memos and transcripts of interviews with Lowry’s fellow agents that detail how he managed to obtain the drugs and the personal events leading to his downfall.

In those documents, Lowry described how he took advantage of procedures that allowed a single agent to sign out drugs for lab analysis and did not track whether the packages reached their purported destination. As a result, Lowry was able to store drug evidence in his car, sometimes for as long as a year, with no questions asked. Lowry described how he forged signatures of agents on forms and evidence seals, repackaged drugs in bags and used store-bought laxatives to replaced heroin he had taken to avoid discrepancies in package weight…

Many of the 28 defendants whose cases were dismissed had already pleaded guilty and had been sent to prison, some for up to 10 years or more. Within two months, all of them had been freed and sent home with the convictions erased. Those charges had been filed based solely or substantially on drug evidence that Lowry stole from.

A scary example of unintended consequences – even from a drug addict.

They appeared in the nation’s capital as part of Inside Cornell, a series of public policy roundtables. The pair spoke before an audience consisting largely of journalists who closely follow these issues. National Public Radio correspondent Allison Aubrey moderated the panel.

Tom Brenna said the most fundamental change proposed for the new dietary guidelines, which are updated every five years, “is a focus on overall healthy eating patterns, rather than individual foods…”

Brenna also lauded what he called an emerging emphasis on “nutrition above the neck,” a reference to the role diet plays in neurocognitive health. His Cornell lab, for example, conducts extensive research on nutrients including omega-3 fatty acids, which are proving to be effective in treating depression.

David Just focuses on how consumers make their decisions about what foods to purchase and eat.

He said the government’s new nutritional guidance “will probably generate no response at all at the consumer level, at least initially. The primary effect will come from the millions of meals directly influenced by the government, including public school lunches, hospital food and military meals.”

Over time, however, as the new advice takes hold, it will start to be felt as “consumers make their shopping lists or decide which groceries to display prominently in their kitchens, as opposed to buried in cabinets.”

Just also stressed the positive role the food industry can play by adjusting how it markets and advertises its products. Touting the good taste and benefits of healthier foods on packaging, he noted, is far more effective than any government warning about the risks of a poor diet.

They also discussed the never-publicized lobbying over dietary guideline recommendations. The meat industry – of course – wants to water down recommendations that Americans eat less red meat, less processed meat. The last thing they want is linking an animal-based diet to environmental problems like greenhouse gas emissions and water pollution.

Once Congress gets quickly past the parts about science, no doubt they will return to rules and regulations directly proportional to the influence of lobbyist/industry dollar$.

BTW, that 2nd link up top is a fine article on the details of new recommendations. 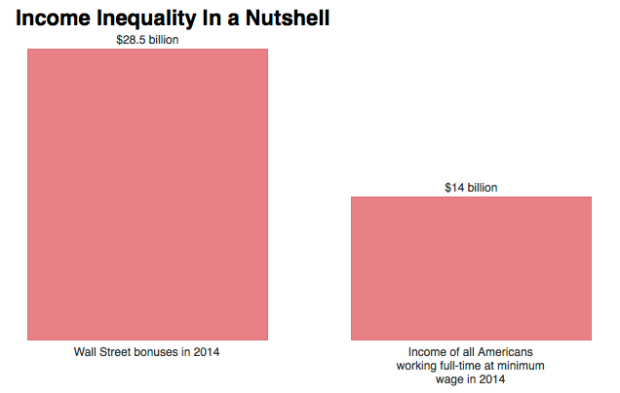