Salesforce.com CEO Marc Benioff says he has canceled all his company’s events in the state of Indiana after its governor signed into law a bill that makes it legal for individuals to use religious grounds as a defense when they are sued by people who are lesbian, gay, bisexual or transgender.

And in an interview with Re/code, Benioff threatened the state with a “slow rolling of economic sanctions” if the law is not thrown out.

“We’ve made significant investments in Indiana. We run major marketing events and conferences there. We’re a major source of income and revenue to the state of Indiana, but we simply cannot support this kind of legislation,” Benioff said…

Benioff said that Salesforce employs between 2,000 and 3,000 people in the state, owing largely to its 2013 acquisition of ExactTarget, an email marketing company based in Indianapolis. Salesforce paid $2.5 billion for it, and Benioff later described the acquisition as a “perfect fit.”

Since 2007, ExactTarget has hosted its most important customer event, called Connections, in Indianapolis. Last year it drew 10,000 people and about $8 million in spending to Indianapolis. Salesforce announced it would move the event to New York in September. Benioff says there are other events that will be canceled as well. “We can’t bring our customers or our employees into a situation where they might be discriminated against,” he said. “We have a large number of employees and customers who would be impacted dramatically by this legislation. … I’m really just advocating on their behalf.”

Bigots courting votes from idjits have no place in a democracy that recognizes the civil rights of all citizens.

END_OF_DOCUMENT_TOKEN_TO_BE_REPLACED

A California lawyer says he wants to legalize the execution of gay people, and there may be nothing the state’s attorney general can do to stop the proposal from moving forward.

Matt McLaughlin, an attorney in Huntington Beach, California, filed paperwork to bring his proposal, which would sanction the killing of gay and lesbian residents on the basis of their sexuality, before voters in November 2016.

The initiative, named the “Sodomite Suppression Act”, is awaiting further review by the office of the state attorney general, Kamala Harris, who does not appear to have the authority to block it. However, the measure is unlikely to reach voters, as the California supreme court can intervene to prevent measures that violate the state constitution from reaching the ballot.

The so-called “shoot the gays” proposal would mandate “any person who willingly touches another person of the same gender for purposes of sexual gratification be put to death by bullets to the head, or by any other convenient method”. McLaughlin, a lawyer since 1998, declared in his proposal that it is “better that offenders should die rather than that all of us should be killed by God’s just wrath”.

The initiative would also make it a crime to support gay rights, punishable by a $1m fine, up to 10 years in prison and expulsion from the state. It would be illegal to distribute “sodomistic propaganda” to “any person under the age of majority”. Being a “sodomite” or distributing “sodomistic propaganda” would disqualify a resident from serving in public office or public employment and from enjoying any public benefit…

This isn’t McLaughlin’s first controversial measure. In 2004, he tried to qualify an initiative…that would have added the King James Bible as a textbook in California public schools…

Aside from the fact he’s a scumbag of the first order, it could be interesting to see how large the idjit vote might be for a bigot-centered proposal like this. He might outpoll the Tea Party. 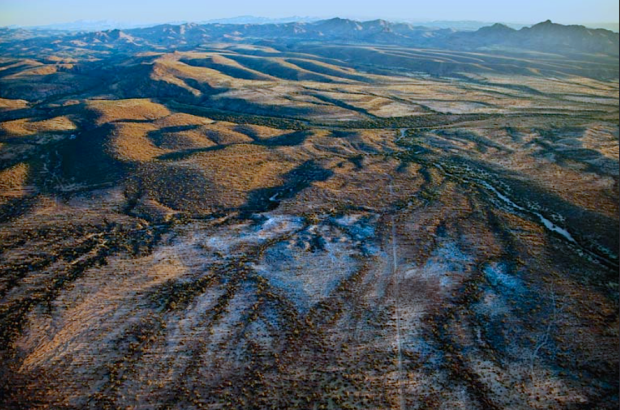 Paleoindian research encompasses a number of broad questions of far-reaching significance. Who were the first peoples to reach the Americas? When did they arrive? What was the relationship between the makers of Clovis spear points and the extinction of megafauna, such as the horse, mammoth, dire wolf, and other animals? Although these issues have long been debated, no consensus has been achieved. Big questions can persist because of in- sufficient evidence or because re- searchers have not adequately or fully interpreted the available infor- mation. A few researchers have pro- posed dramatically new ideas— such as the possibility of a comet col- liding with the earth (page 18)— and others, like Joe Cramer, have decided that these questions will be resolved only by supporting many more researchers who will generate new data. Both approaches are ex- amined in this issue of Archaeology Southwest…

“The end of the last Ice Age in North America was a time of enormous change: mile-thick glaciers were retreating rapidly, the sea level was rising, and large mammals, such as mammoths, ground sloths, camels and dire wolves would soon disappear.” Although a convergence of climate change and Paleo-Indian hunters may be a cause of the great extinction, “researchers still do not know exactly what happened.”

My own vulgate opinion is not much better informed than the average American science buff – excepting the portion of that opinion formed during the comparatively brief time I lived in the Navajo Nation plus day-to-day experience working construction trades in northern New Mexico, sometimes within one or another Rio Grande or Northern Pueblo.

I agree with that school of thought that presumes Paleoindian hunters to be the primary cause of the great extinction of large mammals from North America. Not unusual when and where human beings are part of the equation. Regardless – RTFA. It is a lovely, in-depth examination of many of the questions of the Paleoindian period in North American history.

The Boston Yeti is using its newfound notoriety to help some fellow furry friends.

The abominable snowman gained a huge following on social media during Boston’s epic winter by running around the city in costume and stopping to help dig out stranded drivers. Now the unidentified prankster is selling Yeti swag to raise money for the Massachusetts Society for the Prevention of Cruelty to Animals.

All of the proceeds from the sales of stickers, buttons and bookmarks will benefit the MSPCA’s Angell Animal Medical Center in Boston.

The Yeti told The Associated Press in an email: “I can think of no better way to spin ones popularity than for the benefit of animals in need…”

The swag, illustrated with quirky line drawings of the Yeti by Rhode Island-based artist Jeff Smith, is being sold through an Etsy store appropriately dubbed Boston Yetsy.

“Blizzard after blizzard, the Yeti was a constant source of amusement and mystery for everybody just to get through the winter,” he said. “It’s wonderful that the Yeti would surface in the spring to aid his fellow four-legged friends who are in shelters.”

OK by me. That’s my kind of reality imitating myth.