A University of Colorado Cancer Center study published in the journal Nicotine & Tobacco Research shows a new dimension to the marginalization of smokers: people who smoke are less likely to vote than their non-smoking peers.

“On one hand, the result is intuitive. We know from previous research that smokers are an increasingly marginalized population, involved in fewer organizations and activities and with less interpersonal trust than nonsmokers. But what our research suggests is that this marginalization may also extend beyond the interpersonal level to attitudes toward political systems and institutions,” says Karen Albright, PhD…Colorado School of Public Health…

The data comes from the Colorado Tobacco Attitudes and Behaviors Study (C-TABS), a questionnaire administered by Arnold Levinson, PhD, investigator at the CU Cancer Center, director of the University Health Smoking Cessation Program, and the paper’s senior author.

Through random digit dialing, the study reached 11,626 people who completed a telephone survey querying a range of demographic, social, and behavioral factors. Questions included smoking behaviors and whether the respondent had voted in a recent election. Overall, 17 percent of respondents were smokers. Holding all other variables constant (included variables of socioeconomic status that were strongly associated with smoking), daily smokers were 60 percent less likely to vote than nonsmokers.

The study is the first to link a health-risk behavior with electoral participation, building on the work of a previous Swedish study that found an association between smoking and political mistrust. Voting is a direct behavioral measure of civic and political engagement that at least partly reflects trust in formal political institutions.

Albright points out that, like many studies that use statistics to describe the behaviors of a population, the current study creates as many questions as it answers, most notably why smokers are less likely to vote. One possibility is that smokers may view political institutions as oppressors, given widespread enactment of tobacco taxes and clean indoor air laws. Somewhat similarly, the stigma associated with smoking may create social withdrawal or feelings of depression or fatalism among smokers, which could decrease voting.

Or…given the key social question asked most often at this blog, “are they ignorant or stupid?” – the pretty generalized understanding of the dangers of smoking seems to indicate these people are stupid.

The Supreme Court says police are immune from a lawsuit arising from the arrest and shooting of a mentally ill woman in San Francisco.

The justices ruled that police did not violate the rights of Teresa Sheehan when they forced their way into her room at a group home and shot her five times after she came at them with a knife.

The officers had been called to take Sheehan for an emergency psychiatric evaluation after she threatened a case worker, but the situation quickly escalated.

Sheehan, then 56, was shot in the hip and the head. She survived, but had to undergo two hip replacement operations.

The high court, which heard oral arguments in the case in March, on Monday left undecided the question of whether police should take special precautions when arresting armed and violent people suffering from mental illness.

Sheehan claimed police must make reasonable accommodations under the Americans with Disabilities Act for suspects with mental illnesses.

The court said it would not take up that question because it had not been fully considered by lower courts.

Is there any way someone might stage a confrontation between these shit-for-brains justices and the average copper, say, in Oakland?

Could be a potential learning opportunity for a few elitist arch-conservative know-nothings. I’d gladly pop for the cleaning bill after they crap their Heidi Whities.

Luxembourg’s prime minister is to become the first European Union leader – and only the second worldwide leader – to marry someone of the same sex.

Xavier Bettel, 42, and his partner, Gauthier Destenay, an architect from Belgium, are among the first gay men to wed in the mostly Catholic Grand Duchy since it became the latest EU state to extend full rights to same-sex couples.

Their union comes five years after Jóhanna Sigurðardóttir, the then prime minister of Iceland, became the first serving leader in the world to marry a same-sex partner.

Bettel and Destenay, who have been civil partners since 2010, were expected to say their vows in a quiet civil ceremony with friends and family, away from the glare of publicity…

Few details have emerged about the wedding, which Bettel had aimed to keep private. Press photographers have been banned…

Bettel, who is leader of Luxembourg’s centre-right Democratic party, came out publicly as gay in 2008. But since taking power 18 months ago he has played down the significance of his sexuality, insisting “what happens at home remains private”.

His party won its leading place in a coalition government after promising to be a modernising force for Luxembourg, with plans to replace religious education in schools with general ethics classes, and to lower the voting age to 16.

Same-sex marriage was another key pledge. It was previously knocked down in 2007 by the then ruling Christian People’s party, but a poll in 2013 found 83% of Luxembourgers supported a change in the law.

No doubt he didn’t invite Jeb Bush, any of the purportedly modern Republicans, or the rest of that mob of professional bigots and hate-mongers. Constitutional equality may be all right for some furriners; but, not “real Americans”.

Bon chance, mes amis. Have a wonderful journey in love. 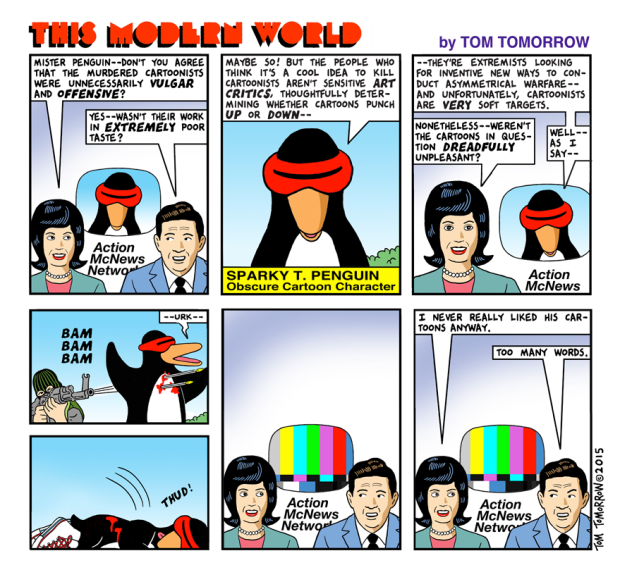