A decade in the making, the controversial Trans-Pacific Partnership (TPP) is reaching its climax and as Congress hotly debates the biggest trade deal in a generation, its backers have turned on the cash spigot in the hopes of getting it passed…

That vote, to give Barack Obama the authority to speed the bill through Congress, comes as the president’s own supporters, senior economists and a host of activists have lobbied against a pact they argue will favor big business but harm US jobs, fail to secure better conditions for workers overseas and undermine free speech online…

Fast-tracking the TPP, meaning its passage through Congress without having its contents available for debate or amendments, was only possible after lots of corporate money exchanged hands with senators. The US Senate passed Trade Promotion Authority (TPA) – the fast-tracking bill – by a 65-33 margin on 14 May. Last Thursday, the Senate voted 62-38 to bring the debate on TPA to a close.

The average Democrat received $9,689.23 from those same donors.

The amounts given rise dramatically when looking at how much each senator running for re-election received.

Two days before the fast-track vote, Obama was a few votes shy of having the filibuster-proof majority he needed. Ron Wyden and seven other Senate Democrats announced they were on the fence on 12 May, distinguishing themselves from the Senate’s 54 Republicans and handful of Democrats as the votes to sway.

In just 24 hours, Wyden and five of those Democratic holdouts – Michael Bennet of Colorado, Dianne Feinstein of California, Claire McCaskill of Missouri, Patty Murray of Washington, and Bill Nelson of Florida – caved and voted for fast-track.

Bennet, Murray, and Wyden – all running for re-election in 2016 – received $105,900 between the three of them. Bennet, who comes from the more purple state of Colorado, got $53,700 in corporate campaign donations between January and March 2015, according to Taylor Channing’s research.

RTFA if you need the details on Republican payoffs. Since only 2 Republican votes were in doubt you can be certain that everyone up to and including former presidential candidate, John McCain, received an appropriate chunk of silver dollars.

The world governing body of football, Fifa, was plunged into an unprecedented crisis on the eve of its congress in Zurich after Swiss authorities arrested a string of officials in a dawn raid and opened criminal proceedings over the awarding of the 2018 and 2022 World Cups.

More than a dozen plainclothed officers descended on the five-star Baur au Lac hotel on Wednesday, where officials had gathered for Fifa’s annual meeting.

The arrests were made on behalf of US authorities, after an FBI investigation that has been ongoing for at least three years. The US Department of Justice said authorities had charged 14 officials, nine of whom are current or former Fifa executives. Those arrested in Zurich face extradition to the US…

Separately, Swiss federal prosecutors said they had opened criminal proceedings in connection with the award of the 2018 World Cup to Russia and the 2022 tournament to Qatar. These decisions have been shrouded in claims of bribery and corruption ever since the vote in December 2010.

In a statement, the Swiss attorney general’s office said the executives were being questioned on suspicion of “criminal mismanagement” and money laundering. It said the timing of the operation was deliberately co-ordinated with the arrests on behalf of the US authorities “to avoid any possible collusion” between suspects and because a large number of those involved in the voting for the two World Cups were present in Zurich, where Fifa president Sepp Blatter was expected to be re-elected for another four-year term on Friday.

At a later press conference at Fifa headquarters, spokesman Walter de Gregorio denied Blatter was in any way involved with either investigation and said blah, blah, blah, blah.

I shan’t wander off into the scumbag details, now. RTFA. The tale is global. Corruption, bribery, payoffs, money laundering, kickbacks and profit from all of the above fill in the broad strokes of an outline of FIFA history for the last couple of decades. Money remains the most useful tool of corruption.

I am no longer shocked. Cynicism is not a necessity, it is a result. It is derivative.

I recommend following The GUARDIAN through the coming days unraveling the corruption that is FIFA. No one in the world of journalism has struggled longer and harder to bring that sporting body to a principled change. 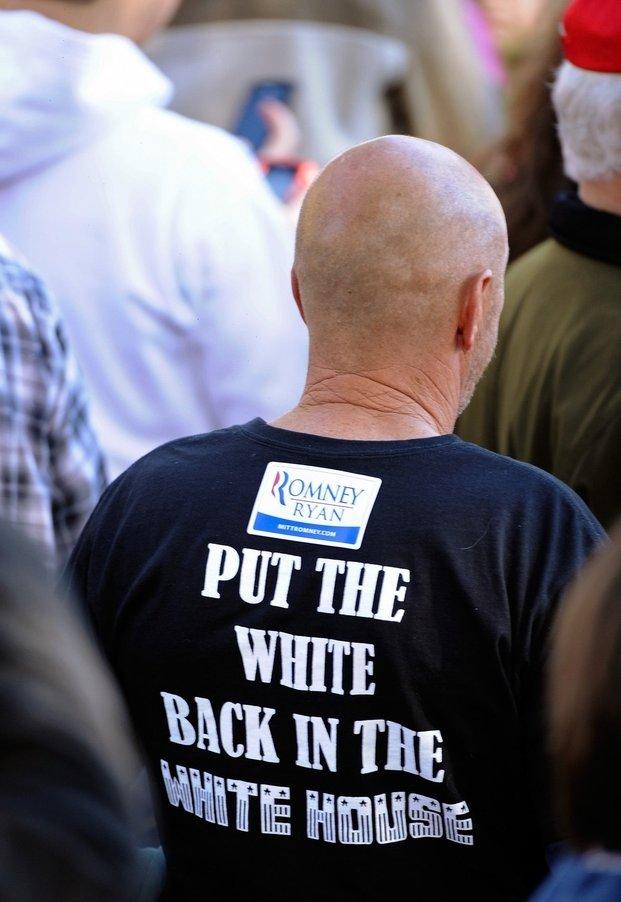 The Supreme Court on has agreed to hear a case that will answer a long-contested question about a bedrock principle of the American political system: the meaning of “one person one vote.”

The court’s ruling, expected in 2016, could be immensely consequential. Should the court agree with the two Texas voters who brought the case, its ruling would shift political power from cities to rural areas, a move that would benefit Republicans.

The court has never resolved whether voting districts should have the same number of people, or the same number of eligible voters. Counting all people amplifies the voting power of places with large numbers of residents who cannot vote legally, including immigrants who are here legally but are not citizens; illegal immigrants; children; and prisoners. Those places tend to be urban and to vote Democratic.

A ruling that districts must be based on equal numbers of voters would move political power away from cities, with their many immigrants and children, and toward older and more homogeneous rural areas…

The Supreme Court over the past nearly 25 years has turned away at least three similar challenges, and many election law experts expressed surprise that the justices agreed to hear this one. But since Chief Justice John G. Roberts has led the Supreme Court, it has been active in other voting rights cases…

The case, a challenge to voting districts for the Texas Senate, was brought by two voters, Sue Evenwel and Edward Pfenninger. They are represented by the Project on Fair Representation, the small conservative advocacy group that successfully mounted the earlier challenge to the Voting Rights Act. It is also behind a pending challenge to affirmative action in admissions at the University of Texas at Austin…

…Several judges have acknowledged that the Supreme Court’s decisions provide support for both approaches. The federal appeals court in New Orleans said the issue “presents a close question,” partly because the Supreme Court had been “somewhat evasive in regard to which population must be equalized.”

My view of the case, SCOTUS and what passes for the Republican Party nowadays is a tad more simplistic than all the arguments in the article. Today’s conservatives only want well-off, older, white men to vote.

Yes, that’s over-simplified. How about “they want the kind of results guaranteed if only well-off, older, white men can vote” but some of the rest of y’all are OK – if you can be trusted to agree?

I don’t base my analysis on anything ideological. Just look at who’s in charge of the Republican Party, the range of representation among Congressional Republicans, who they have populating political primaries.

Authorities in La Plata, Maryland, are trying to determine how a three-year-old boy died, after his mother was found pushing his dead body in a swing in a playground…

Officers responded to the scene after a resident phoned them to say that a young woman had been pushing a toddler in a swing “for an unusually long period of time”.

When officers arrived at the scene of the playground shortly before 7am on Friday, they found the toddler’s mother pushing him in the swing. Their first instinct was to administer CPR to the child as “it was clear something was wrong”, Diane Richardson, a spokesperson for the Charles County sheriff’s office, said.

But they almost immediately realized he was dead, and had been “for quite some time”, Richardson said.

Officials said it was possible the woman and her child had been at the park since the day before.

There were no obvious signs of trauma, the local sheriff’s office said, and results from an autopsy conducted over the weekend in Baltimore have so far been inconclusive, pending the return of toxicology tests, among other results…

Wills Memorial Park, where the mother and her son were found, is “a small park, nestled in a neighborhood, surrounded by homes and roadways in a quiet community”, Richardson said.

The mother was still believed to be in hospital Tuesday.

Like I said. Strange, sad and disturbing. Looks like the mother needed help. Now, her child is dead. And no one – yet – knows what happened.