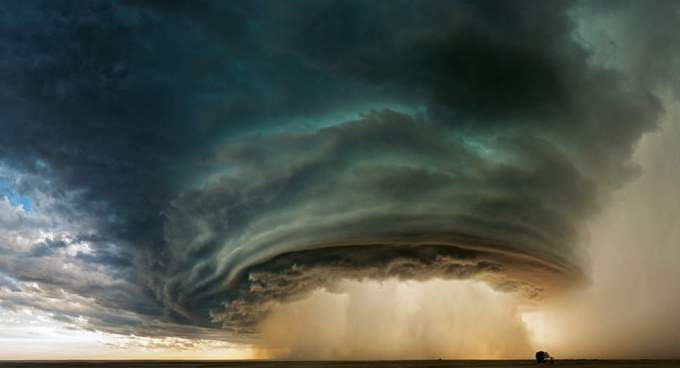 Heavy rainfall events setting ever new records have been increasing strikingly in the past thirty years. While before 1980, multi-decadal fluctuations in extreme rainfall events are explained by natural variability, a team of scientists of the Potsdam Institute for Climate Impact Research detected a clear upward trend in the past few decades towards more unprecedented daily rainfall events.

An advanced statistical analysis of rainfall data from the years 1901 to 2010 derived from thousands of weather stations around the globe shows that over 1980-2010 there were 12 percent more of these events than expected in a stationary climate, a scenario without global warming. “Due to the upward trend, the worldwide increase of record-breaking daily rainfall events in the very last year of the studied period reaches even 26 percent”, Lehmann adds.

The record-breaking anomaly has distinct patterns across Earth’s continents with generally wet regions seeing an over-proportional increase and drier regions less so. In South East Asian countries the observed increase in record-breaking rainfall events is as high as 56 percent, in Europe 31 percent, in the central US 24 percent. In contrast, some regions experienced a significant decrease of record-breaking daily rainfall events. In the Mediterranean, the reduction is 27 percent, and in the Western US 21 percent. Both regions are at risk of severe droughts.

While a statistical analysis of course cannot provide direct physical cause-effect relations, the scientists compared their findings to existing knowledge about how much more water can be stored in the atmosphere when temperatures rise, as given by the well-known Clausius-Clapeyron equation. This additional moisture can be released during short-term heavy rainfall events. The scientists show that the observed increase in unprecedented heavy rainfall events generally fits with this thermodynamically expected increase under global warming…

Up to now, studies could add up to only medium confidence on how human induced greenhouse gases have contributed to changes in heavy precipitation events at the global and regional scale. The new analysis now helps to fill this research gap. Building on previous work on extreme precipitation, it is the first to study worldwide observational data of record-breaking daily rainfall events in this context.

I probably haven’t said this for at least 10 minutes, but — if I was starting out, today, I’d point myself at a geek career in computational analysis. This stuff is fascinating. Most particularly when you have the opportunity to gather wide-reaching data and spend time data-mining, winnowing away the chaff – perhaps discovering a new direction, insight to old problems.

Some Americans still vacillate between ignorance and bigotry. Certainly Black folks in South Carolina know the history of slavery and racism in the Confederacy. It’s been shoved in their faces all their lives. But, the idjits who prattle about Southern Heritage being represented by that stars and bars rag are too ignorant to breathe on their own.

It was a dead issue in the South until it was adopted by racist politicians trying to preserve segregation as part and parcel of Southern life. There were NO southern statehouses flying the Confederate flag the first time I was arrested in a sit-in. That ploy hadn’t yet been thought of by corrupt officials in Southern states.

There’s nothing to preserve. Only one more tactic, part of a range of mediocrities adopted by fools and bigots to prop up their failed belief in racial superiority.

The Los Angeles Police Department’s mental evaluation unit is the largest mental health policing program of its kind in the nation, with 61 sworn officers and 28 mental health workers from the county…

Triage duty involves helping cops on the scene evaluate and deal with people who may be experiencing a mental health crisis.

The triage officers are first and foremost a resource for street cops. Part of their job entails deciding which calls warrant an in-person visit from the unit’s 18 cop-clinician teams. These teams, which operate as second responders to the scene, assisted patrol officers in more than 4,700 calls last year.

Sometimes their work involves high-profile interventions, such as helping S.W.A.T. teams with dangerous standoffs or talking a jumper off a ledge. But on most days it involves relieving patrol officers of time-consuming mental health calls…

That’s the right approach, says Peter Eliasberg, legal director at the American Civil Liberties Union of Southern California. “The goal is to make sure that people who are mentally ill, who are not a danger to the community, are moved towards getting treatment and services as opposed to getting booked and taken into the jail.”

Detective Charles Dempsey is in charge of training for LAPD’s mental evaluation unit. He says pairing a cop or detective with a county mental health worker means the two can discuss both the criminal justice records that the health worker isn’t privy to and the medical records that a cop can’t access because of privacy laws.

About two-thirds of the calls are resolved successfully, he says…

But there are complicated cases, too. And these, Dempsey says, are assigned to the unit’s detective-clinician teams. Dempsey says most of the 700 cases they handled last year involved both people whose mental illness leads them to heavily use or abuse emergency services, or who are at the greatest risk for violent encounters with police and others.

“Jails were not set up to be treatment facilities,” says Mark Gale, who serves as criminal justice chairman for the LA County Council of the National Alliance on Mental Illness. “People get worse in jail.”

Gale and other mental health advocates praise the LAPD unit’s approach and call it a good first step. But for diversion to work well, they say, the city and county need to provide treatment programs at each point a mentally ill person comes into contact with the criminal justice system — from interactions with cops all the way through the courts.

Of course, there used to be a system that provided much of this treatment – The US Public Health Service and a chain of national PHS hospitals across the country. Ronald Reagan did his level best to close them all down. He didn’t get all of them – but, he did succeed in evicting tens of thousands of mentally ill patients and putting them out on the streets.

RTFA for anecdotal examples of the work being done by the LAPD. 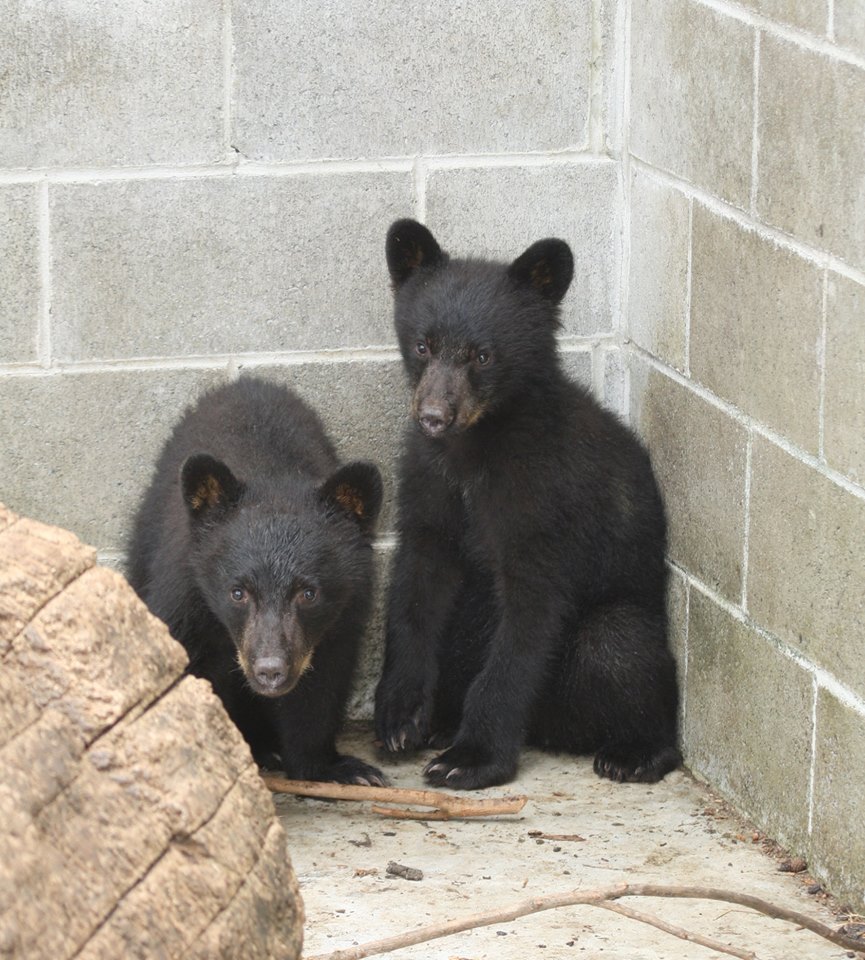 The fate of two orphaned bear cubs remains uncertain as a B.C. conservation official says they show signs of habituation to humans. A conservation officer was suspended after reportedly refusing to destroy the cubs last weekend.

B.C.’s most experienced rehabilitation specialist for black bears said Wednesday it is crazy for the Ministry of Environment to assert that two eight-week-old cubs on Vancouver Island needed to be killed because they’d become habituated to human food.

“It’s just ridiculous,” said Angelika Langen, co-founder of Northern Lights Wildlife Society in Smithers. “There is absolutely no scientific proof that cubs that follow their mothers for (human) food at this age have learned anything…

Langen said of the more than 300 black bears her facility has released in the past 25 years, not one has run into trouble by rummaging for human garbage. Bears receive ear tags and microchips to identify them after release…

There’s been an outpouring of support for conservation officer Bryce Casavant, who was suspended without pay after sparing the lives of two black bear cubs near Port Hardy on Sunday.

The B.C. government has since revised those conditions to a suspension with pay pending an investigation into the incident.

As of Wednesday afternoon, more than 55,000 people had signed an online petition asking for the officer’s reinstatement.

Conservation officers killed a total of 1,872 black bears during the past four years across the province — an average of almost 500 per year, according to statistics provided by the Ministry of Environment. The ministry does not keep statistics on how many were cubs…A total of 137 cubs were taken to rehabilitation centres.

I tire of bureaucrats stuck into policies promoted centuries ago to keep cattle herds happy – municipalities continuing in happy ignorance. We move into nature’s habitat and expect guns to control conflicts.