Live coverage of the flyby 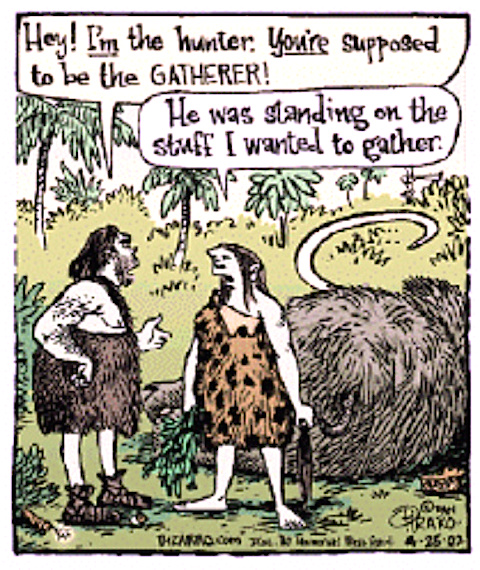 A Michigan oncologist who gave $35 million in needless chemotherapy to patients — some of whom didn’t even have cancer — will likely spend the rest of his life in prison.

After an emotional week of testimony from 22 of his victims, a federal judge sentenced physician Farid Fata to 45 years in prison, NBC News reported. He’ll also give up $17.6 million in cash, according to The Detroit News. Various sources put his full scam around $35 million.

Fata scammed more than 500 of his patients, according to court papers cited by NBC, either by misdiagnosing them just so he could bill healthcare companies or giving chemo to end-of-life patients who wouldn’t benefit and had to endure the treatment’s nasty side effects during their final days.

“They came to me seeking compassion and care. I failed them,” Fata told US District Judge Paul Borman, during his sentencing…Fata pleaded guilty in September to 16 counts, including fraud and money laundering…

The FBI also alleges that after one patient fell and hit his head in Fata’s office, the doctor told him he should complete chemo before going to the hospital, according to the AP. The patient reportedly died from his head injury.

US Attorney Barbara McQuade described Fata’s behavior as “the most serious fraud case in the history of the country,” while Judge Borman described his crime as “huge” and “horrific,”…

Maybe the most serious individual doctor-perpetrated fraud. We are, after all, a nation awash in fraud. Even fraudulent cases of accusations of fraud – as witness the Republican Party’s policy of preventing seniors, students and minority citizens from voting in the name of fraud prevention where fraud hasn’t been proven to exist.

The rare prosecution of thugs like Bernie Madoff illustrates that serious financial fraud is still profitable enough to be a national industry. Further validated by the lack of prosecution of mortgage fraudsters who kicked off the Great Recession.

Still, it warms the cockles of my heart to see a creep like Fata get what essentially is a death sentence. Let him die in prison instead of falling over from a heart attack at his favorite country club.

New York City reached a settlement with the family of Eric Garner on Monday, agreeing to pay $5.9 million to resolve a wrongful death claim over his killing by the police on Staten Island last July…

The agreement, reached just a few days before the deadline to file suit, headed off one potentially fractious legal battle over Mr. Garner’s death even as a federal inquiry into the killing and several others at the state and local level remain open and could provide a further accounting of how he died.

Still, the settlement was a pivotal moment in a case that has engulfed the city and the Police Department since the afternoon of July 17, 2014, when two officers approached Mr. Garner as he stood unarmed on a sidewalk and accused him of selling untaxed cigarettes.

The death of Mr. Garner, 43, followed by the fatal shooting of Michael Brown by a police officer in Ferguson, Mo., in August, set off a national debate about policing actions in minority communities and racial discrimination in the criminal justice system.

Mr. Garner’s final words — “I can’t breathe” — repeated 11 times as one officer held him in a chokehold, became a national rallying cry. A Staten Island grand jury’s decision not to indict the officer, Daniel Pantaleo, fueled weeks of demonstrations…

“The City of New York has agreed to pay $5.9 million to resolve the Garner case,” said Jonathan C. Moore, the lawyer for Mr. Garner’s family…

The resolution is among the biggest reached so far as part of a strategy by the comptroller, Scott M. Stringer, to settle major civil rights claims even before a lawsuit is filed. Mr. Stringer has said the aim is to save taxpayers the expense of a drawn-out trial and to give those bringing the suits and their families a measure of closure.

The city medical examiner ruled the death a homicide, citing the chokehold and the compression of Mr. Garner’s chest by other officers who held him down.

Several inquiries into Mr. Garner’s death were still pending, including investigations by the United States attorney’s office, the Civilian Complaint Review Board and state health officials, who are looking into the actions of emergency medical responders in treating Mr. Garner.

The Police Department has concluded its internal investigation but has yet to say whether any officers would be disciplined.

IMHO, the relationship between most American police departments and the communities they’re supposed to serve is a criminal farce. That criminality is doubled and tripled when victims are non-white and other minorities.

In general, too many coppers behave like they are above the law – they are judge, jury and executioner. And if a confrontation involves a non-white civilian the operative word is executioner.

Yes – there are good cops. I’ve known more than a few including members of my extended family. If they stand up for honest community relations, too often, they get screwed over for doing just that. 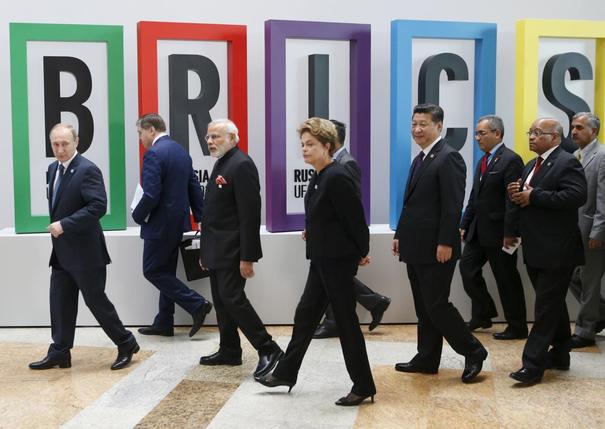 The bank, with an initial capital of $50 billion, is being introduced at an organisational summit of the BRICS countries – Brazil, Russia, India, China and South Africa – in the Russian city of Ufa…

Kundapur Vaman Kamath, 67, a former executive with India’s largest private bank, ICICI Bank, was appointed president of NDB in May this year. The bank is headquartered in Shanghai, China.

The bank, which the BRICS countries see as an alternative to the World Bank, will have its capital expanded to $100 billion within the next couple of years. It plans to issue its first loans, yet to be agreed, in April – a plan K.V. Kamath said was on track…

K.V. Kamath added that there were no specific deals yet in the pipeline and no limit had been set on the size of loans.

The size of the loan “will depend on what is the structure of the loan, what is a need of a borrowing country and then we will look at it,” he said.

One positive side of global growth is the new capability of banking based in developing nations – for developing nations. Not the least of which is the absence of colonial-era strictures required by present and former imperial governments.