Good news for those with plans for October and beyond: the Earth will still be in existence.

NASA has confirmed – after rumours swept the internet about an imminent asteroid strike expected between 15 and 28 September – that the two-week period in question will be entirely free of Earth-destroying space attacks.

The likelihood of any known potentially hazardous asteroid striking the planet within the next 100 years stands at 0.01%, the space agency said…

Persistent rumours on “numerous recent blogs and web postings” that an errant asteroid is due to wipe out not just Puerto Rico, but the Atlantic and Gulf coasts of the United States and Mexico, as well as Central and South America, persuaded NASA scientists that they needed to speak up…

It is not the first time NASA has punctured the excitement of doom-mongers. In 2012, it dismissed claims that the comet Elenin was on its way to destroy mankind, calling it a “trail of piffling particles”.

The space agency was also proved right in its assertion that the world would not end on 21 December 2012, as the Mayan calendar came to an end, heralding the apocalypse.

Stupidity and ignorance, particularly regarding sciences like astronomy, unite populist nutballs of the Left and Right as thoroughly as do their fears of modern standards for teaching…or vaccination.

Jeb “I’m my own man” Bush sounds more and more like his know-nothing ex-president brother every day. This time, in between defending the Iraq War and saying he might bring back torture if elected president, he’s demanding that tech companies stop letting billions of the world’s citizens use encryption online to protect their information because of “evildoers.”

Bush’s comments echo the dangerous sentiments of FBI director Jim Comey, who has publicly campaigned against Apple and Google for attempting to make our cell phones and communications safer by incorporating strong encryption in iPhones and Android devices…

First of all, he seems to either be attacking, or just doesn’t understand, that the entire internet – and much of the economy really – is based around strong encryption. Every time he logs onto his email, uses online banking or wants to check his medical records online, there is some form of encryption that is protecting his data from criminals. So the fact that technology companies are “creating” encryption protects all of us…

It begs the questions: how many candidates have technologists or computer scientists advising their campaigns? Given how almost every week there is yet another security breach at a major company, and that voters are concerned about their online privacy, you’d think at least some of the candidates would attempt to capitalize on it by merely having a coherent policy that does not make them sound like they’ve never touched a computer (or sent a fax) before without the assistance of their aides.

Strong end-to-end encryption is one of the best defenses against the massive cyber-attacks that have become all too frequent. If there is not a giant pile of data that is accessible by anyone, then the criminals can’t get it either.

As much as rightwing idjits prattle about hating big government they’re always in favor of using government to get in the way of individual privacy, free speech and free thought.

We get that crap daily from the FBI and the NSA. Two bodies with a long iron-clad history of rejecting privacy or civil liberties for anyone they want to sniff around. It doesn’t matter whether the White House or Congress is led by the vaguely liberal half of our 2-party electoral politics. The heads of our officially-chartered thought police are inevitably some flavor of proto-fascist creep.

Today’s Republican candidates for president nod their bobbleheads in agreement.

Perhaps no advocacy group played a more pivotal role in the fight for same-sex marriage rights than Freedom to Marry. Now, with the Supreme Court’s decision to bring marriage equality to the US, the group plans to shut down in the next few months.

But the group is going down with style, posting the video above that amounts to both a history lesson on marriage equality in the US and an incredibly moving celebration.

Now, if we only had a political party with the same level of progressive understanding and guts to represent mainstream America. 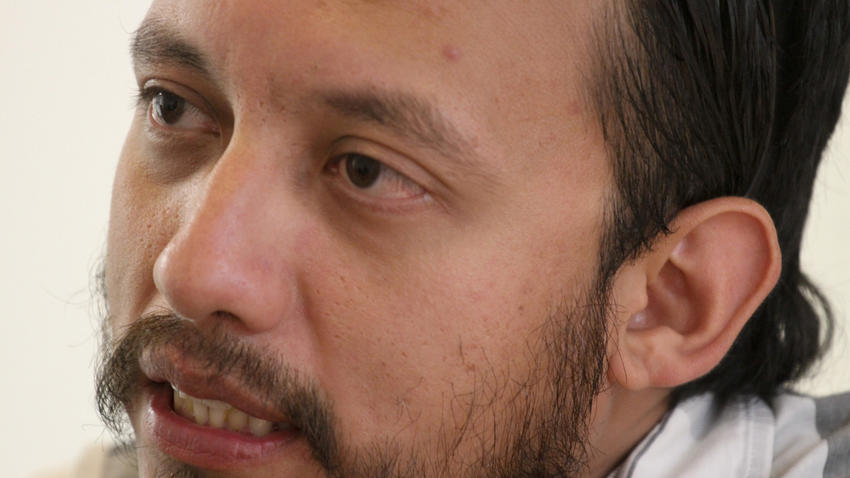 The young photographer had fled the state of Veracruz in fear for his life to seek security in Mexico City. On Sunday the 2nd, his fellow journalists mourned the loss of Ruben Espinosa, shot to death two days earlier in a middle-class neighborhood in the capital…

But she said the idea that Mexico City could be a haven for journalists fleeing violence in other states had been shattered. Asked what response she expected from Mexican authorities, she shrugged.

“We fear that Ruben’s case will be just another name on the list.”

Espinosa, 31, was the 12th journalist who worked in the state of Veracruz to be killed since 2011. Three more are missing…

“The threats that Espinosa had suffered were public, and his murder happened because the authorities charged with protecting journalists in this country didn’t lift a finger for him,” said a statement from the group.

A significant change in the violence committed upon those we rely on to bring us news and truth has grown – and continues to grow throughout the world. From warzones in the Middle east to unofficial warzones in the Americas, journalists are in danger of torture and death for simply doing their job.

Authorities charged with protecting all citizens, oftimes with a special constitutional mandate to protect a free press – refuse to do their job.