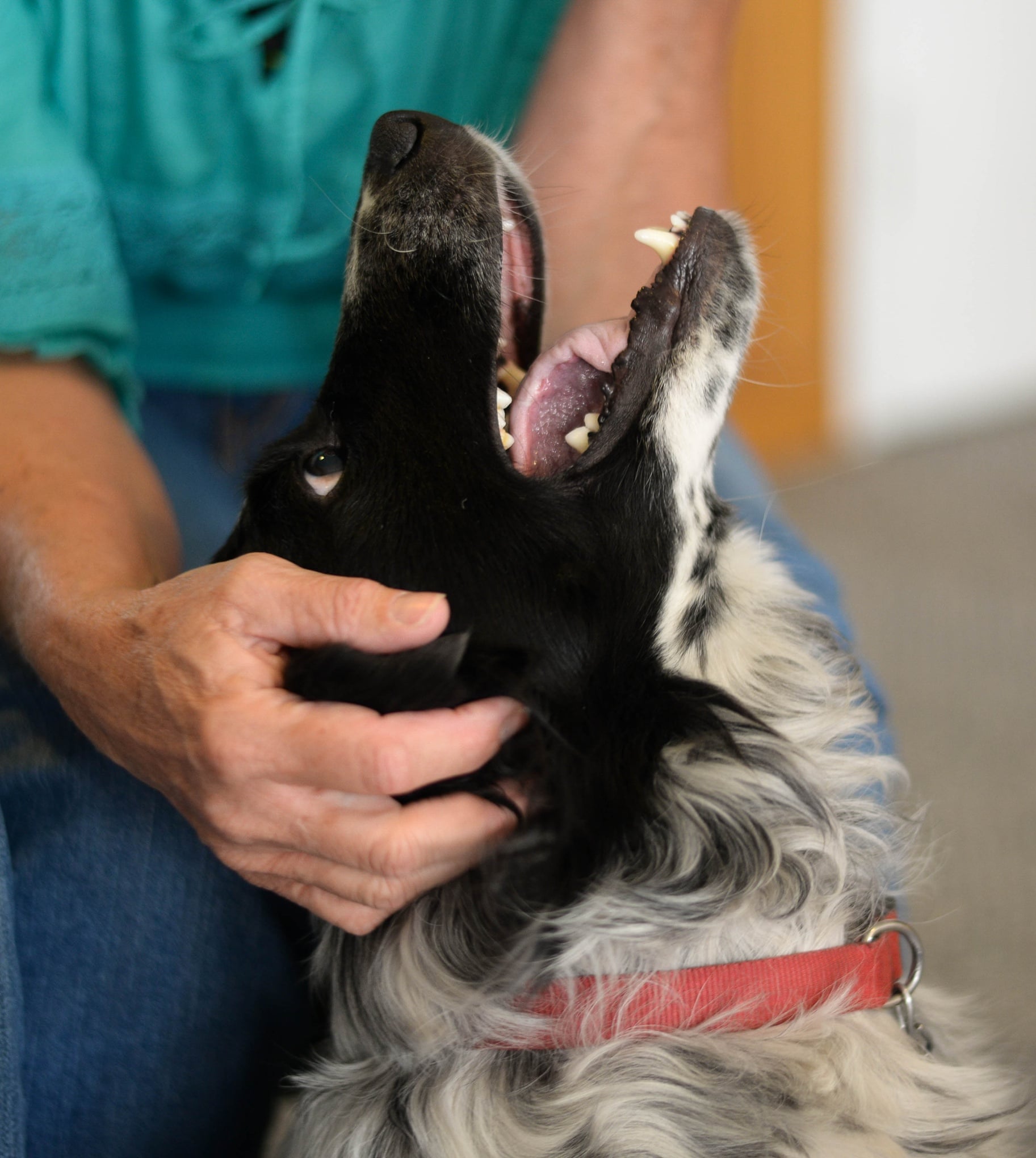 In the end, Ira and Carolyn Hodge drove out with some photos, their clothes, their horse and their dog, Harley.

Their home took seven years for them to build and contained everything they owned – vehicles, mementos from their parents, memories. All of it was reduced to fine ash when the fire swept down the high sides of the densely forested gorge that bottoms out at Canyon Creek in Grant County, Oregon, six hours’ drive east of Portland.

He and Carolyn were helping a neighbour hose down their house when it became clear the fire was moving with astonishing speed towards them. “We had five minutes to get out,” Ira recalls. They tossed the few things they had gathered in their car, rounded up their frightened horse and fled over a wooden bridge that burned behind them.

Ira has since talked to experts who came up to survey the damage. They said that the flames may have reached 2,200 degrees Fahrenheit – hot enough to melt copper and aluminium. They sifted through the rubble and there was almost nothing left.

Harley recovered just one possession: a charred bone he had buried somewhere in the yard.

When you drive south out of John Day, up into the canyon towards the Malheur national forest, the flattened homes and the blackened Douglas firs and ponderosas tell this summer’s story.

Wildfires are capricious, and some houses are untouched. But those that the fire found were razed, and the forest it burned will take decades to recover.

Thirty-six homes were destroyed in Grant County on 14 August. That night, the Canyon Creek Complex fire became the most destructive in Oregon for 80 years. The national media glanced and moved on, but the fire is still burning on just over 105,000 acres. That’s about 10 times the size of Manhattan.

More than 11,000 firefighters are still in the field. Firefighting resources in the American west are completely committed, and both states have called out their national guardsmen to help contain the blazes. Firefighters have come from as far away as Australia and New Zealand to pitch in, and three firefighters died while in duty.

RTFA. These fires have become an annual national emergency. People are to blame, habits and carelessness are to blame, short-term weather is often to blame and, yes, climate change plays a significant role.

That may be hard to understand for someone who has never had their home or community threatened by a wildfire; but, it is true.

I do not count climate change deniers as relevant. It’s hard to count them as useful citizens of Earth.

Diving with a humpback whale and her newborn calf while they cruise around Roca Partida … in the Revillagigedo Islands, Mexico. This is an outstanding and unique place full of pelagic life, so we need to accelerate the incorporation of the islands into UNESCO as a natural heritage site in order to increase the protection of the islands against the prevailing illegal fishing corporations and big-game fishing.

Amazing photos – at the gallery containing this, the 1st Place winner in NatGeo’s Traveler Competition. And also click on the link just under the photo above to go to Anuar Patjane’s photos. 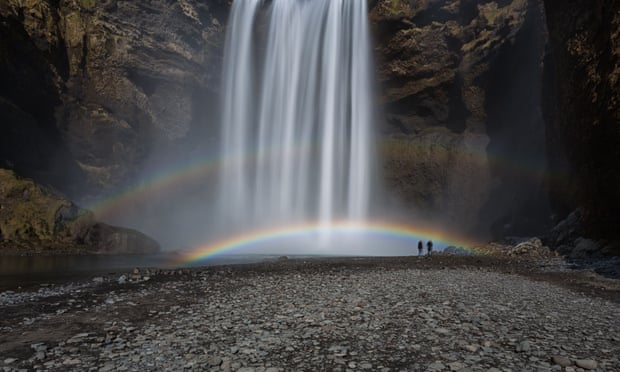 A double rainbow at Skogafoss waterfall in Iceland

Thousands of Icelanders have called on their government to take in more Syrian refugees – with many offering to accomodate them in their own homes and give them language lessons.

Iceland, which has a population of just over 300,000, has currently capped the number of refugees it accepts at 50.

Author and professor Bryndis Bjorgvinsdottir put out a call on Facebook on Sunday asking for Icelanders to speak out if they wanted the government to do more to help those fleeing Syria. More than 12,000 people have responded to her Facebook group “Syria is calling” to sign an open letter to their welfare minister, Eygló Harðar.

Speaking on Iceland’s RÚV television, Bjorgvinsdottir said her country’s attitude was being changed by the tragic news reports. “I think people have had enough of seeing news stories from the Mediterranean and refugee camps of dying people and they want something done now,” she said…

Many of those posting on the group have said they would offer up their homes and skills to help refugees integrate. “I have clothing, kitchenware, bed and a room in Hvanneyri [western Iceland], which I am happy to share with Syrians,” one wrote. “I would like to work as a volunteer to help welcome people and assist them with adapting to Icelandic society.”

“I want to help one displaced family have the chance to live the carefree life that I do,” another wrote. “We as a family are willing to provide the refugees with temporary housing near Egilsstaðir [eastern Iceland], clothing and other assistance. I am a teacher and I can help children with their learning.”…

The Facebook Syrian letter says it best: “Refugees are our future spouses, best friends, or soulmates, the drummer for the band of our children, our next colleague, Miss Iceland in 2022, the carpenter who finally finished the bathroom, the cook in the cafeteria, the fireman, the computer genius, or the television host.”

Would your city, your state, your nation do the same? Ot would it build a wall?

Click to enlarge — Obviously, we need a wall here…

Former Toronto mayor Rob Ford says Canada has no plans to invade the United States – and that Americans can rest assured the threat from the north is receding.

There is no need, the ailing mayor and most cackling Canadians seem to agree, for the 5,000-mile wall along the Canadian border that presidential candidate Scott Walker suggested this week is “a legitimate issue” on the campaign trail to the White House…

“I don’t have a problem with the States,” the outspoken former mayor declared in a brief interview with the Guardian on Monday evening, as he limped toward Toronto’s Rogers Centre to watch the city’s surging Blue Jays baseball team play the Cleveland Indians, a rival visiting from the far side of unfortified Lake Erie.

Most Canadians, the former magistrate known for smoking crack added, are similarly well-disposed toward their southern neighbours – and understand full well that such an endeavour would be nearly impossible anyway…

“It’s ludicrous and hilarious,” a Blue Jays fan named Neil from Toronto said of Walker’s fleeting flirtation with a norther border wall. “But that’s the Republicans.”

Bonnie, from nearby Milton, could not stop laughing at the mention of Walker’s name. “He’s a nutcase,” she exclaimed. “They can’t afford healthcare, but they can afford walls.”…

Defending the US-Canadian border would – hypothetically, of course – require a wall 8,891 kilometres long, with 2,475 kilometres devoted to protecting Alaskan wilderness and even more wall running down the middle of the Great Lakes.

Citing preliminary estimates made by the US Department of Homeland Security for the cost of a southern wall with Mexico, the Toronto Star estimated the cost of a Walker-style wall at “north of $18 billion (US)”…

Cheerfully channeling Sarah Palin, Mike Bradley boasted that he can see America from his window in the Canadian border town of Sarnia, where he is mayor. But to him and others who have watched the increasing militarisation of the formerly undefended border over the past decade, Walker’s comments were no joke.

“This is just ongoing,” Bradley said, citing examples of unexpected hostility on the northern border since 9/11 including plans to launch observation balloons, proposals to charge fees for crossing the border, and live-fire exercises by US coast guard patrol vessels armed with machine guns.

The difference between ignorant and stupid requires that “stupid” work at defending their beliefs. So, what Canadians call the world’s longest undefended border is just one more opportunity for nutball militarists to resolve a paranoid delusion with guns.