The leader of a Christian group who claimed that the world would end on Wednesday has admitted his prediction was “incorrect”…Chris McCann, head of the eBible fellowship, warned that the planet would be destroyed “with fire” on 7 October. This did not happen.

“Since it is now 8 October it is now obvious that we were incorrect regarding the world’s ending on the 7th,” McCann said.

McCann originally told the Guardian that by Thursday the world would be “gone forever: annihilated”. McCann based his claim on an earlier prediction by Christian radio host Harold Camping, who said the world would end on 21 May 2011. Camping’s forecast also turned out to be incorrect…

In case you didn’t notice.

“…It was surprising that it did not occur. But the comforting thing is that God’s will is always perfect.”…

While the world did not end, McCann said on Thursday it would be obliterated “soon”.

“I also know that God knows exactly when that end will come,” he said. “So we’ll keep studying the Bible to see what we can learn.”

Trying to make decisions about reality based upon a 14th Century book written by a Royal committee requires several levels of logical fallacy. Not that logic or reality has much to do with the whole End of Days delusion. 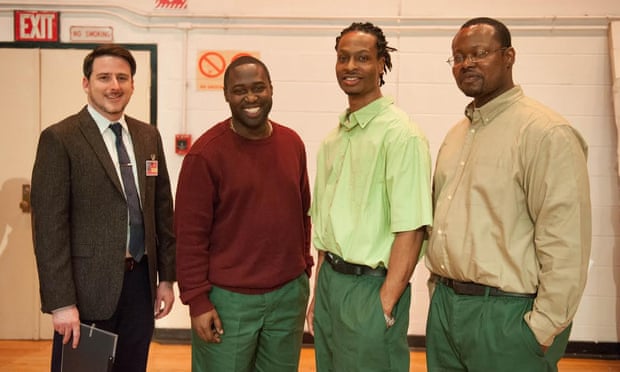 The debaters of the Bard Debate Union at the Eastern New York Correctional Facility are methodical in their approach to their craft. They take the stacks of materials they are provided and carefully comb through each item, extracting the specific pieces of data they will use to support their claims. They are critical of one another and push each other to improve. They practice constantly.

This hard work is all done within the confines of a maximum security prison. Our debaters face a unique set of obstacles – they wait weeks to receive the information I gather for them from internet sources, and they have limited time to type and print their ideas. But everything paid off last month when the team, whom I coach, beat Harvard in a debate about whether public schools should be allowed to deny enrollment to undocumented students.

Most of the overwhelming media attention about this debate has focused on the fact that our students were victorious. No one has yet told the story about how they prepare for debates.

I started the Eastern branch of the Bard Debate Union in the summer of 2013. The goal was to provide a competitive outlet for Bard students at Eastern that would mirror what was happening at the Bard Debate Union on the college’s main campus, where my wife and I co-direct the undergraduate team. Bard Debate Union members see themselves as part of one team, despite the obvious physical distance between the two branches and despite the fact that prison rules mostly prohibit them from debating together…

When they aren’t in class, BPI debaters request time in the school to meet. When they can’t get into the school, they talk debate in their cells, the yard and the mess hall. They verbally spar with BPI students who are not on the debate team, and talk with their families – creating for themselves a group of informal coaches. And some of the veterans of the team, like Rodney Spivey and Darryl Robinson (among many others), have worked tirelessly to help build the debate team at Eastern into what it has become by welcoming and training new members.

Our debaters spend hundreds of hours preparing in the three to four months they usually have to get ready for a debate, in addition to carrying full course loads.

On 18 September, after facing off against Harvard at the prison, our debaters were deemed the winners by a veteran panel of debate judges…from Cornell…Our debaters were honored that members of Harvard’s team were willing to engage them in competition, and the contributions and character of these Harvard debaters should be celebrated.

It is critically important to remember that our debaters are students first and debaters second – and prisoners a distant third. By the time I encounter BPI students, they have been trained by an incredibly gifted group of faculty members, so I deal with highly literate and intellectually curious students.

One of the primary goals of the Bard Debate Union at Eastern is to provide a robust civic education, in which our students learn how to engage in their own governance. Many of our debaters openly express the desire to someday make positive contributions to society. I have no doubt that they will.

An example of what can be accomplished, what rehabilitation of convicts can be achieved.

I have no idea of the background of these young men. In addition to being ex-cons [when they get out] they face the additional handicap of being Black in a racist nation. Hopefully, they will have an opportunity to confront circumstances based upon what they have become – not who they once were.

When I was 17, I thought I might be pregnant. I had just fooled around with an acquaintance of mine, and my period was a few days late. Though there was no real penetration and fertilization was practically impossible, I convinced myself that I was carrying a fetus and that my life was over.

I took a pregnancy test. It came back negative, but I was still terrified. What if it was wrong? What if I had taken it too early? I frantically scoured the Internet for information. I was just a few months shy of my 18th birthday and learned that the law required my parents’ consent for an abortion. I knew I would never carry out a pregnancy at such a young age and that my conservative, immigrant parents would never agree to the procedure, so I considered my choices, which included traveling to a state without parental consent laws or asking my friend’s mom to take me to the clinic and pose as my own mother. On top of it all, I worried about the cost. I was hysterical — until I finally got my period.

This experience demonstrates how abysmal my sex education was. The overarching message that girls received in my high school health class was that if we had sex, we were going to get knocked up. Our school’s teen pregnancy rate was very high — we had a daycare full of students’ babies — so it seemed quite plausible to me…

What I needed was information and support, but I didn’t know where to turn. Unfortunately, our education system has not improved much since I was a teenager. Sex education continues to be under attack in the United States despite the overwhelming amount of evidence that a comprehensive curriculum can save young people’s lives. Teaching children about the importance of using condoms and getting tested for sexually transmitted diseases, including HIV, can keep them from making detrimental choices. Experts estimate that one person age 15 to 24 in the U.S. is infected with HIV every hour of every day. But while some developing countries such as Guatemala and Indonesia are taking important steps to improve their sex-education programs, our country keeps gutting them indiscriminately.

RTFA for the breadth of what Erika Sánchez has to say.

I think you and I know who is responsible for lousy education becoming worse. There is a broadly cast minority of Americans whose belief systems are rooted in ignorance, in a conviction that knowledge not only is forbidden fruit; but, a danger to stability and safety – to be prohibited. Only the guidance of some priest, pundit or politician is acceptable. Only rules formulated in the dark Ages can be trusted.

This defines a number of conservative currents in American ideology. They are embraced by fools.