A Mormon elder has urged faith leaders and attorneys to seek a middle ground on gay marriage and religious liberties, specifically criticizing the actions of a Kentucky clerk who refused to issue marriage licenses to same-sex couples.

Church of Jesus Christ of Latter Day Saints elder Dallin H Oaks made the comments in a closed-door interfaith meeting of attorneys and clergy in Sacramento, California. His speech was seen as an attempt to further moderate the Mormon church’s position on homosexuality, which it refers to as “same-gendered attraction”.

“There should be no adversariness between believers and non-believers, and there should be no belligerence between religion and government,” said Oaks. “Believers and religious organizations should recognize this, and refrain from labelling governments and laws and officials as if they were inevitable enemies.”

He went on to reference a “county clerk”, later confirmed to mean Kim Davis. The clerk refused to issue marriage licenses in Rowan County, Kentucky, after the US supreme court legalized gay marriage across the country.

“All government officers should exercise their civil authority according to the principles and within the limits of civil government. A county clerk’s recent invoking of religious reasons to justify refusal by her office and staff to issue marriage licenses to same-gender couples violates this principle,” Oaks said…

Oaks’s speech, titled The Boundary between Church and State, focused on the separation of church and state as a protection for religious believers, rather than an obstacle. Oaks is a member of the church’s Quorum of Twelve Apostles, was once a justice of the state’s supreme court, and served as president of Brigham Young University (his alma mater)…

Elders have increasingly made statements leaning toward acceptance of same-sex relationships…Official church teaching remains unchanged – that marriage is the union of one man and one woman.

Throughout the American Southwest the Church of latter-Day Saints often has as strong a political voice as the Roman Catholic church. For one thing, the church has an uncommon understanding of modern prejudice. Mormons are centered in the Southwest, headquartered in Utah, after all, as a result of their choice to move away from the political and economic center of the United States because of the bigotry and violence they experienced from nativist political currents.

Church members have a respect for healthy living which strikes a responsive chord among many modernists, sharing confidence in everything from home cooking to plain living. Their conservatism is of the same whole cloth as traditional American conservatism – which still includes caring for nature and the environment.

Nice to see the LSD church taking baby steps towards accommodation with modern understanding of human biology, advancing slowly in social relevance. Unlike many of their distant fundamentalist kin.

According to top secret documents from the archive of NSA whistleblower Edward Snowden seen exclusively by SPIEGEL, they are planning for wars of the future in which the Internet will play a critical role, with the aim of being able to use the net to paralyze computer networks and, by doing so, potentially all the infrastructure they control, including power and water supplies, factories, airports or the flow of money.

During the 20th century, scientists developed so-called ABC weapons — atomic, biological and chemical. It took decades before their deployment could be regulated and, at least partly, outlawed. New digital weapons have now been developed for the war on the Internet. But there are almost no international conventions or supervisory authorities for these D weapons, and the only law that applies is the survival of the fittest…

The US Army, Navy, Marines and Air Force have already established their own cyber forces, but it is the NSA, also officially a military agency, that is taking the lead. It’s no coincidence that the director of the NSA also serves as the head of the US Cyber Command. The country’s leading data spy, Admiral Michael Rogers, is also its chief cyber wagrrior and his close to 40,000 employees are responsible for both digital spying and destructive network attacks.

From a military perspective, surveillance of the Internet is merely “Phase 0” in the US digital war strategy. Internal NSA documents indicate that it is the prerequisite for everything that follows. They show that the aim of the surveillance is to detect vulnerabilities in enemy systems. Once “stealthy implants” have been placed to infiltrate enemy systems, thus allowing “permanent accesses,” then Phase Three has been achieved — a phase headed by the word “dominate” in the documents. This enables them to “control/destroy critical systems & networks at will through pre-positioned accesses (laid in Phase 0).” Critical infrastructure is considered by the agency to be anything that is important in keeping a society running: energy, communications and transportation. The internal documents state that the ultimate goal is “real time controlled escalation”.

But, our Commander-in-Chief says that United States is a victim of constant assaults. We muct prepare for cyber warfare. We must obey.

Meanwhile, like every other aspect of the most militarized imperial economy in the history of our world – the United States dedicates more energy, funds and propoganda to our own assault on privacy than the sum of the rest of the world. No doubt.

RTFA. Lots of detail. A strong piece of research based – once again – on the crimes committed in our name, for our “defense” by politicians and their wooden-hearted puppets. 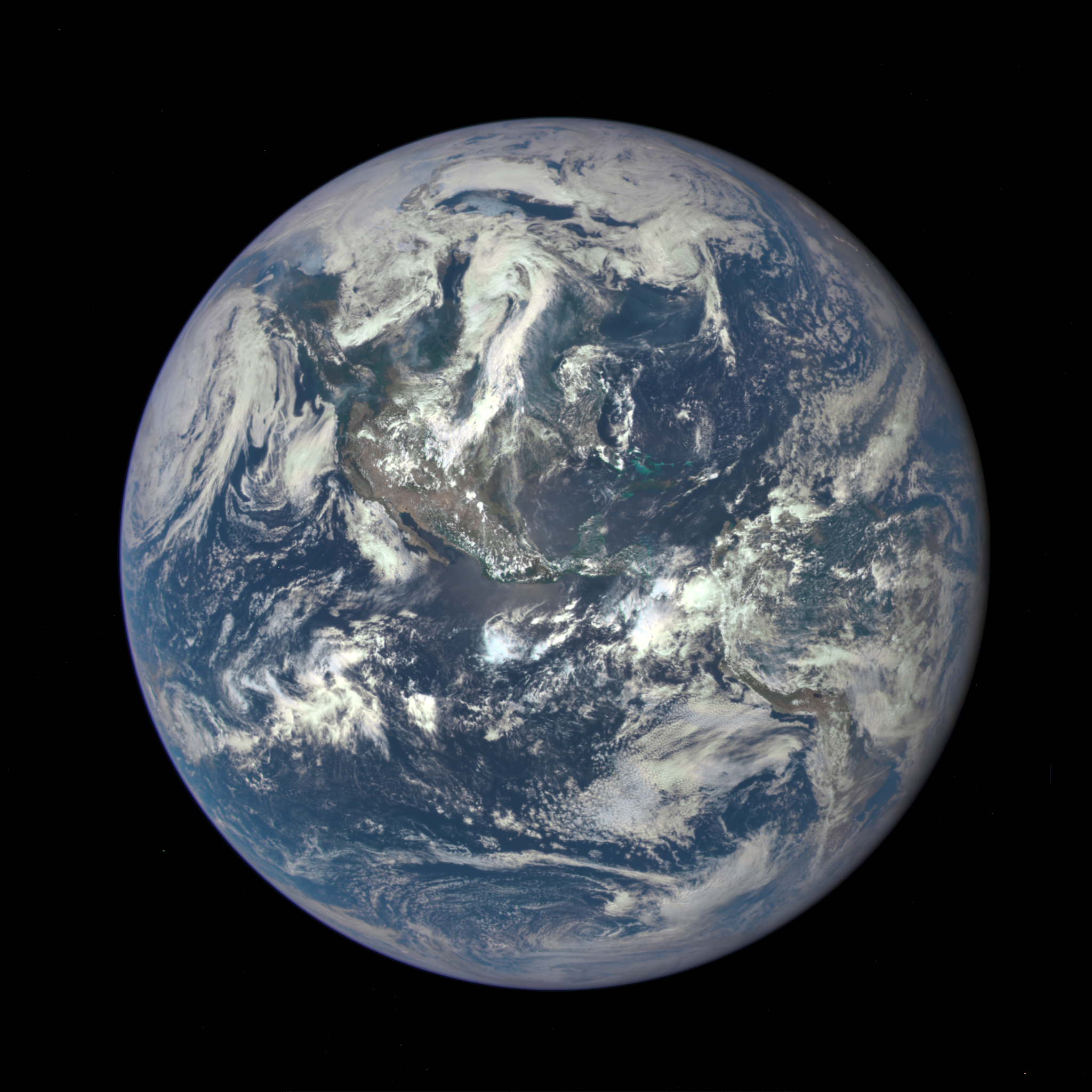 DSCOVR is operated through a partnership between NASA, the National Oceanic and Atmospheric Administration (NOAA) and the US Air Force, with a mission to monitor space weather emanating from the Sun, and serve as a form of early warning system for potentially harmful events…

Images featured on the website are captured roughly 12 – 36 hours prior to release, and feature a simple graphic to the top left of the page informing users of the relative positions and distances of the DSCOVR satellite and our Sun. The page also displays a globe highlighting the landmasses that are in view.

Archived images will be accessible by searching for the subject’s capture date and the continents displayed in the image.

Sometimes the Web really brings you close to the beauty of science.