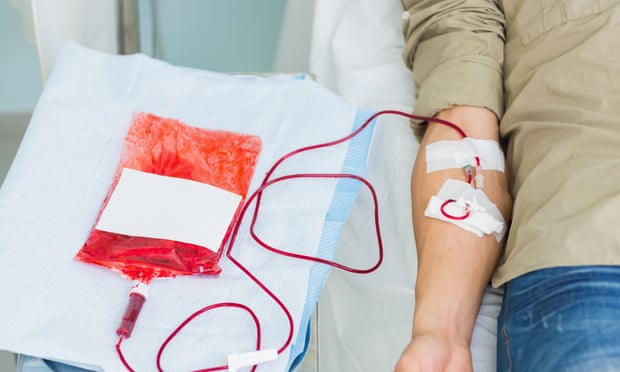 A Prewitt, NM man was arrested Thursday afternoon after allegedly beating his friend to death while they were drunk after the man said his friend began “to change into a zombie.”…

The man, identified as 23-year-old Damon Perry, told police he had been binge-watching “The Walking Dead” on Netflix recently.

Grants police originally responded to a Grants apartment complex after 911 callers said a man – later identified as Perry – was running around the complex threatening people with a knife.

When officers arrived, two maintenance workers were holding Perry down. Inside a nearby apartment, an officer found the friend unresponsive with signs of trauma. The friend was pronounced dead at the scene.

Perry was taken to police headquarters and interviewed. There, he told detectives that while the two were drinking the friend began “to change into a zombie” and tried to bite him…

He allegedly then punched and kicked the friend, and also hit the friend with an electric guitar and microwave, among other household items…

Perry has been charged with an open count of murder and is being held at the Cibola County Detention Center.

Well, a little advanced over the usual excuses – demons, ghosts, possession. A contemporary addition to the range of stupid excuses used by substance-abusing killers.

The US Department of Agriculture (USDA) has opened an investigation into the American Egg Board (AEB) after revelations by the Guardian that the USDA-appointed group conducted a months-long campaign against a San Francisco food startup called Hampton Creek.

Joanne Ivy, CEO of the AEB and 2015’s Egg Person of the Year, has stepped down and taken early retirement. She was originally due to leave at the end of the year.

The investigation comes after Utah senator Mike Lee called for an investigation into reports that the government-backed egg lobby had organized a concerted effort to tackle Hampton Creek, a company described in leaked emails as a “major threat” and “crisis” for the $5.5 billion-a-year egg industry…

A USDA official confirmed an investigation was now under way by its agricultural marketing service (AMS) arm, which carries out the day-to-day oversight of boards…

Emails obtained through a Foia request by attorney Jeffrey Light and passed to the Guardian showed what Lee called “a strategic, multifaceted campaign to use the power and resources of the federal government to undermine the economic prospects of Hampton Creek”.

Members of AEB leadership are alleged to have tried to prevent the sale of Hampton Creek’s product Just Mayo at Whole Foods; to have advised Unilever on its lawsuit against the company (including suggesting Unilever solicit action from the Food and Drug Administration); and to have assessed the company’s patents for flaws.

They also joked about killing Joshua Tetrick himself: “Can we pool our money and put a hit on him?” asked Mike Sencer, executive vice-president of AEB member organization Hidden Villa Ranch. Mitch Kanter, executive vice president of the AEB, jokingly offered “to contact some of my old buddies in Brooklyn to pay Mr Tetrick a visit”. (AEB apologized for those statements when contacted by the Guardian.)

While the Egg Board is a “checkoff” organization into which egg farmers are required to pay, it is specifically prohibited from influencing governmental action or disparaging non-egg commodities…

Just Mayo, a plant-based egg substitute, does not fall under the jurisdiction of the American Egg Board. But it caused consternation among its members, especially when Hampton Creek began to win lucrative industry contracts. The product became the mayonnaise of choice for the Compass Group, a catering firm that provides food for school cafeterias and smaller restaurant groups.

I’ve been looking forward to trying Just Mayo since I first saw interviews on AlJazeera America’s TechKnow program. Since then, I’ve seen positive reviews from other folks – and interest in other vegetarian replacements they’re developing for everything up to and including cheeseburgers. A significant part of their mission statement is to diminish and displace the energy wasted by commercial giants like the battery egg producers and feedlot cattle.

Glad to see they’re doing well enough to raise the ire of scumbags like the American Egg Board. Now, we just need to see the USDA do something for American consumers instead of the Agribusiness Mafia.