Though the video titling references a squirrel, local experts, knowledgeable folks agree the critter putting away calories for the winter probably was a woodpecker. Either way, that is going to be one very angry animal when it gets to be time to consume those stored nuts – and they’re gone. 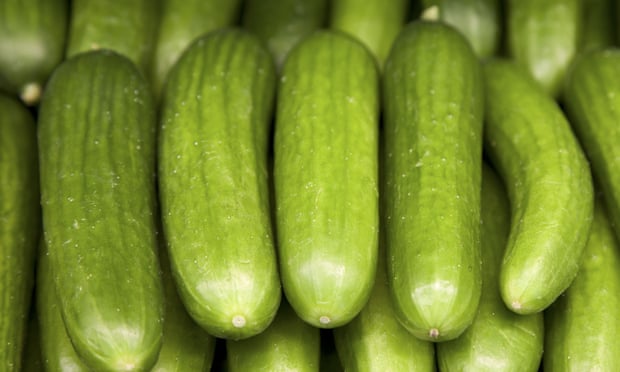 ❝A Starkville, Mississippi, high school teacher has been cleared to return to the classroom after being suspended over a student’s vegetable-based presentation for how to properly put on a condom…

❝The Starkville-Oktibbeha Consolidated School District released a statement on…saying…administrators had investigated the incident, and Sheree Ferguson would face “appropriate disciplinary action”. However, it did not say what that was or when she would return.❞

❝The district suspended Ferguson after a student in her English class on 12 November made a career presentation about becoming a sexologist and used a cucumber to demonstrate condom use.

❝State law prohibits any kind of demonstration of condom use during sex-education classes. In many districts, the classes teach abstinence only…❞

❝The announcement about Ferguson’s return to work was made after more than three dozen people marched outside Starkville High School on Friday morning to support her.

❝“You’ve got a bunch of really bright kids in there and they’re passionate about their teacher,” Roben Dawkins, the father of one of Ferguson’s students, told The Clarion-Ledger. “It’s their opinion it wasn’t the teachers fault, but she’s the one having to take responsibility for it in the long run.”❞

❝Camryn Dawkins, a Starkville High junior, told the Commercial Dispatch that she came up with the idea to protest Ferguson’s suspension and worked with senior Tyrese Kelly to get word out to students…

❝“I love Ms Ferg to death. Ms Ferg is the best English teacher I’ve ever had and we just wanted to take a stand as students for what we believe in.”❞

Of course, the students and their parents taking a stand against the 19th Century ideology that governs states like Mississippi is even more dangerous than the simple act of educating kids. The clown-show-Confederacy fears modern information and thought almost as much as democracy and equal opportunity.

❝Six senior officials of Singapore’s City Harvest megachurch have been jailed over a $35 million fraud case.

❝The evangelical church’s pastor and founder, Kong Hee, was jailed for eight years – others received between 21 months and six years.

❝State prosecutors said before sentencing it was “the largest amount of charity funds ever misappropriated in Singapore’s legal history”.❞

❝Known for its slick image and wealth-focused brand of Christianity, City Harvest Church (CHC) has some 17,500 members in Singapore and branches around the world.

❝In 2002, its launched what it called the Crossover Project – a scheme to evangelise through Ms Ho’s music career.❞

Hey, she’s still on the outside. Let’s see what she can do on her own. Try reality TV in the GOUSA. 🙂