❝“Possessing a high sense of purpose in life is associated with a reduced risk for mortality and cardiovascular events,” according to the study by Drs. Randy Cohen and Alan Rozanski and colleagues at Mt. Sinai St. Luke’s-Roosevelt Hospital, New York. While the mechanisms behind the association remain unclear, the findings suggest that approaches to strengthening a sense of purpose might lead to improved health outcomes.

Using a technique called meta-analysis, the researchers pooled data from previous studies evaluating the relationship between purpose in life and the risk of death or cardiovascular disease. The analysis included data on more than 136,000 participants from ten studies — mainly from the United States or Japan. The US studies evaluated a sense of purpose or meaning in life, or “usefulness to others.” The Japanese studies assessed the concept of ikigai, translated as “a life worth living…”

❝While further studies are needed to determine how purpose in life might promote health and deter disease, preliminary data suggest a few basic mechanisms. The association might be explained physiologically, such as by buffering of bodily responses to stress; or behaviorally, such as by a healthier lifestyle.

Wow. I see how this can work at an essential level. Even taking into account social and sociological factors that would – and probably do – create a happy, healthy lifelong thug.

My guess is that simplifying really is going to work better in this analysis than focusing on all the complex variations on the theme.

The recent column by veteran tech journalist Walt Mossberg…executive editor at The Verge and editor at large of Re/code.

❝Protecting the security of the United States and of Americans abroad is no easy task, especially against terrorists. I got a lesson in this before I became a tech columnist, when I served stretches as the chief Pentagon correspondent and the National Security correspondent for The Wall Street Journal, including coverage of the intelligence agencies.

So, I’m somewhat sympathetic with the frustrations expressed over the past year or so by national security officials — especially FBI Director James Comey — over fears that encryption of digital devices and services is making it harder for their agencies to spot and stop terrorists in the digital age…

❝I understand their exasperation, but not their proposed solution: Forcing American companies, notably Apple and Google, to build “backdoors” into their encrypted smartphones that would allow the government access. This would be a huge change, because both companies have introduced whole-device encryption that even they can’t decrypt. It would also be a huge mistake.

❝Over the past year or so, Mr. Comey and his colleagues have complained that this encryption of smartphones by Apple and Google is causing a problem they call “going dark” — making it harder for them to conduct surveillance of smartphones, messaging services and more.

The problem is that, even if the FBI served the companies with a legal court-approved search warrant for particular encrypted phones, they couldn’t comply. The lawmen would have to serve the warrant on the phones’ owners, and try and force them to unlock the devices with a password, fingerprint or some other authentication method…

❝But now, following the horrific terror attack in Paris, the issue is showing signs of coming back to life…Add in the massacre in San Bernadino, California, and we all know what we can expect from the amalgamation of security hawks and craven politicians.

❝Apple CEO Tim Cook posted a statement on a special privacy section of Apple’s web site, saying, in part: “I want to be absolutely clear that we have never worked with any government agency from any country to create a backdoor in any of our products or services. We have also never allowed access to our servers. And we never will.”

He followed that up recently. In October, he told a tech conference that “I don’t know a way to protect people without encrypting” and “you can’t have a backdoor that’s only for the good guys…”

❝It’s fair to note that, in addition to protecting their customers, Apple and Google get business benefits from strong and secure encryption. They gain the ability to remove themselves from delicate law enforcement actions. And they gain protection against charges overseas that buying their products will give the U.S. government access to foreign users’ data.

❝For another, Mr. Comey’s complaints are overblown. Even without a backdoor, there are still many avenues that authorities can use to track terrorists…

❝I sincerely hope that the U.S. government, working with tech companies, can come up with some solution that helps catch terrorists and criminals who use smartphones and messaging services to disguise their plans and identities. I wish I could say what that might be. But I do know that it shouldn’t be one that weakens or destroys user-controlled smartphone encryption.

Walt Mossberg is someone I appreciate and often agree with on technology. Not so often on politics. It’s a pleasure to say he’s nailed both this time.

❝The reported gunshots that triggered a lockdown at Kirtland Air Force Base Wednesday afternoon turned out to be someone popping bubble wrap, said Eric Elliott, the director of public affairs for the base.

“One individual had some heavy-duty bubble wrap from a package and was stepping on it to pop it,” he said. “Someone else heard the popping and —due to (the mass shooting) happening in San Bernardino — called 911.”

The base and three nearby elementary schools were locked down for about 45 minutes while security forces investigated.

❝On Thursday, the popper confessed to sparking the scare with the “sandwich bag-size air pockets”…

“The person who popped the bubble wrap came forward to security forces and said, ‘Hey I think that was me. It was louder than I expected…’”

Elliott tried to make the best of their fears: “We got a good exercise out of it…We were able to run through the scenario and get some good practice.”

Uh-huh. The terrorists have won. Again. 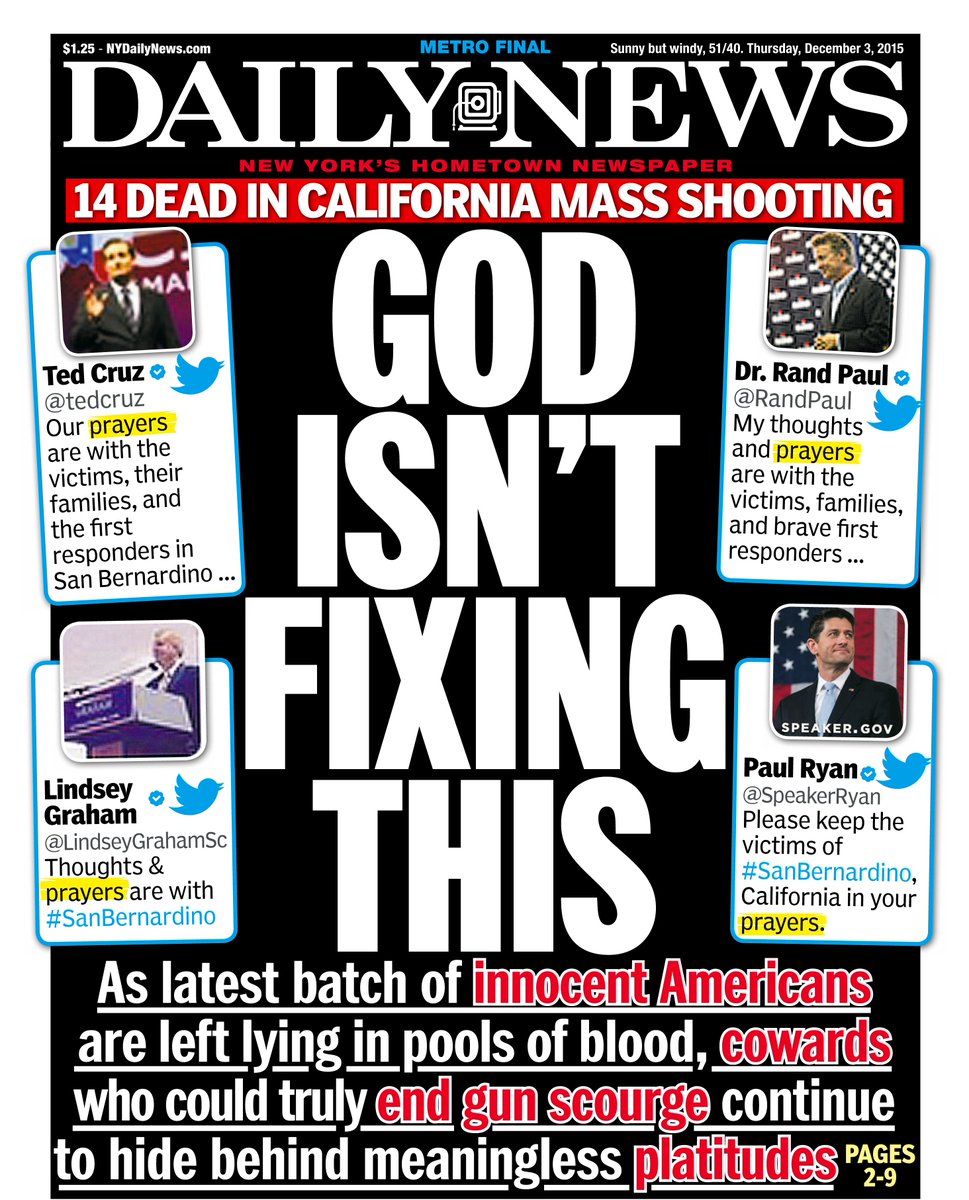 Can you see them?

❝Saskatchewan, Canada farmer Liezel Kennedy took these photos earlier this month, saying she drove straight past the flock before realizing they were all there. She quickly doubled back to take a closer look. Kennedy told BuzzFeed she had to get within 50 feet before she could easily make them out. Lamboflauge is real!