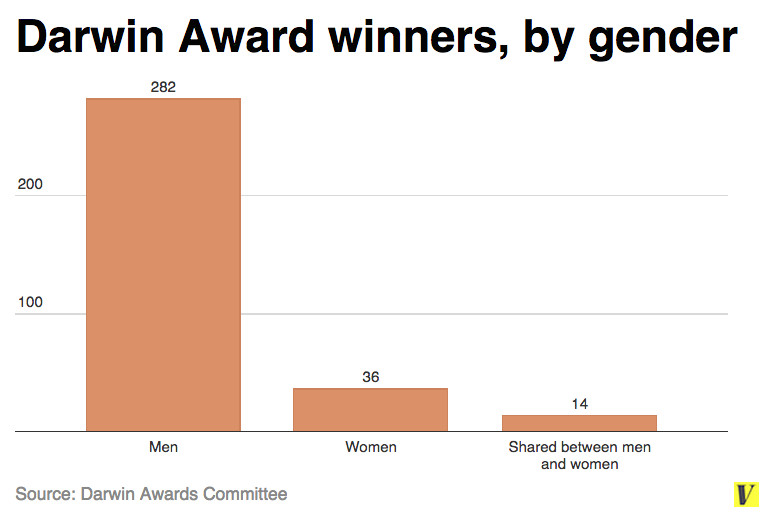 ❝Vincent Smith, a right-wing organizer for the Paul Revere 2016 Final March to Restore America, fatally shot his co-founder Charles Carter in what appears to be self-defense during a drunken argument. The two men were organizing the march from the west coast to Washington D.C. with the intent of “removing the corrupt leadership that has taken over our beloved country and ousted her God and constitution…”

According to Bill Williamson, a friend and the failed organizer of 2 Million Bikers 2 DC, Carter was drunk and took Smith’s gun from his holster, at which point the sober Smith reacted quickly and pulled a spare gun, shooting Carter once between the eyes…

❝Joe Bleaugh, a friend of Carter’s and a member of the Idaho Three Percent movement, which is tied to the Pacific Patriot Network who approached the Bundy militia with “Articles of Resolution” this Sunday, said in a Facebook post that his friend had “violated one of the first rules of firarms [sic] safety.”

“NEVER mix guns & booze,” continued Bleaugh. “Guns and booze do not mix. End of story, and unfortunately the end of Charles’ life…

❝For years apparently, residents of Ottawa’s “trendy and vibrant” Westboro neighborhood have been partaking in illegal squirrel deportation in which the furry-tailed trapeze artists are trapped and unceremoniously dumped in neighboring Quebec, a province that Grist’s Jess Zimmerman has identified as the “squirrel toilet of Canada.”

❝It’s unclear as to what crimes against humanity Westboro’s squirrels have committed — aside, of course, from the obvious like making a mess of bird feeders, damaging trees and power lines, nesting in attics, helping themselves to vegetable gardens, looking adorable, etc. — that warrants them being hauled off unwillingly to the enchanted land of poutine and Celine Dion.

It is clear, however, that it only took one man, a Westboro resident named Daniel Sylvester, to blow the lid off this hush-hush and superstitious squirrel-ousting scheme.

❝…Sylvester, the only Westboro resident willing to speak openly about the town’s time-honored tradition of squirrel spiriting, confronted a neighbor who had set out a humane trap, assuming it was meant for raccoons. However, it was soon revealed that the trap was in fact meant for squirrels: “‘No, I’m trying to catch them all [the squirrels] and bring them to Quebec because they can’t cross the bridge,” the neighbor admitted to Sylvester.

The bridge in question is the Champlain Bridge, a three-lane span that crosses the Ottawa River and connects Ottawa with the city of Gatineau, Quebec. But why transport the offending rodents across a river and dump them in Quebec? And why are squirrels unable to cross bridges? The answer is folkloric: The only surefire way to get rid of a squirrel for good without killing the poor thing is to relocate it across a body of water…

❝Naturally, the whole operation — the number of people in Westboro actually doing this is unclear although the Ottawa Citizen claims it to be a “practice many know about though no one admits doing it when the reporter calls” — is totally illegal as Ontario law does not permit regular citizens to move wildlife more than one kilometer, established to prevent the spread of animal disease.

Subtropical Storm Alex on the afternoon of January 13, 2016 – NASA Worldview

❝As we ring in the New Year with record to near-record warm temperatures over much of Earth’s oceans, we are confronted with something that would have been unimaginable a few decades ago: simultaneous January named storms in both the Atlantic and Central Pacific.

Alex could retain its subtropical characteristics till as late as Friday, when it will be shooting northward toward Greenland en route to being absorbed in a high-latitude storm. Meanwhile, Pali is predicted to remain a tropical cyclone for at least the next five days, perhaps coming within 2° latitude of the equator–something only two other tropical cyclones in world history have been observed to do–as the storm arcs toward the southwest and eventually back northwest, potentially becoming a typhoon when it crosses the Date Line.

❝Alex is just the fourth Atlantic named storm to form in January since record keeping began in 1851.

It is unlikely that Alex would have formed if these waters had been close to normal temperatures for this time of year. The unusually warm waters for Alex were due, in part, to the high levels of global warming that brought Earth its warmest year on record in 2015.

Global warming made Alex’s formation much more likely to occur, and the same can be said for the formation of Hurricane Pali in the Central Pacific. To get both of these storms simultaneously in January is something that would have had a vanishingly small probability more than 30 years ago, before global warming really began to ramp up.

I wonder if climate change-deniers will begin to fabricate new and fantastic rationales to explain away the reality of modern climatology — the changes increasingly affecting the whole planetary ecosystem, month-by-month, year-by-year?

Face it! Aside from scumbags like the Koch Bros, the rest of the Oil Patch Boys, Coal Patch Boys, the United States still warehouses the world’s major supply of Flat Earthers. Don’t expect an abundance of sophisticated understanding to guide the body politic.

“The entire ship class requires reinforcing structure” to bridge the twin hulls of the all-aluminum catamarans because of a design change that the Navy adopted at Austal’s recommendation for the $2.1 billion fleet of Expeditionary Fast Transports , Michael Gilmore…said in a report to Congress.

❝The speedy catamarans are designed to transport 600 short tons of military cargo and as many as 312 troops for 1,200 nautical miles at an average speed of 35 knots. They’ve been deployed to Africa and the Middle East as well as to Singapore as part of the U.S.’s Pacific rebalance and are being considered by military officials for expanded use there by the Marines. The vessels fill a transport gap between larger, slower vessels and cargo aircraft.

❝The Navy bought 10 of the shallow-draft vessels, at about $217 million each. Five have been delivered and are in operation, while the other five are under construction at Austal’s Mobile, Alabama, shipyard. Senator Richard Shelby, Republican of Alabama, is a member of the Senate Appropriations Committee, which added $225 million for an 11th vessel to the fiscal 2016 defense spending bill last month.

❝So far, the Navy has spent almost $2.4 million strengthening the bow of the first four vessels delivered since late 2012.

Repair costs include $511,000 on the initial vessel, the USNS Spearhead, which was damaged during deployment by waves slamming into the superstructure…

The second, third and fourth vessels cost as much as $1.2 million each to repair and a fifth vessel, the USNS Trenton, awaits its bow reinforcement during its next scheduled shipyard visit…