❝Apple has spoken about privacy rights for its customers before, but newly released court documents show that the company is practicing what it preaches.

…A newly unsealed court transcript from an October 2015 hearing in Brooklyn shows that Apple petitioned the court to stop asking it to unlock iPhones in a brief, as part of their participation in a trial against a meth dealer.

❝During the hearing, a judge asked Apple to explain why it had ignored U.S. prosecutors’ search warrants to unlock the iPhone 5s of Jun Feng, who pled guilty to conspiracy attempt to distribute methamphetamines and was charged alongside six others.

The government asked for Apple’s help because Feng’s iPhone 5s, which had Apple’s iOS 7 operating system, was programmed to erase all its data after 10 unsuccessful attempts to unlock the phone. Even Homeland Security’s password-unlocking system — which will go through every combination available — was unable to obtain information from Feng’s phone…

❝“In most cases now and in the future, the government’s requested order would be substantially burdensome, as it would be impossible to perform,” lawyers for the company wrote…“For devices running iOS 8 or higher, Apple would not have the technical ability to do what the government requests — take possession of a password-protected device from the government and extract unencrypted user data from that device for the government. ”

❝”Apple has never worked with any government agency from any country to create a ‘backdoor’ in any of our products or services. We have also never allowed any government access to our servers. And we never will,” says the statement.

Some day, some way, the government of the United States may rediscover the urge to join the current century. Our elected officials, state and federal, may eventually recover dedication to the Founding Fathers love of individual freedom and quit trying to use the courts and Congress to enforce obedience to lazyass lawmen.

I expect that will be accompanied by flying pigs and snowcones sold on the sidewalks of Hades. Until then, I am pleased to applaud Apple’s willingness to support folks who think we actually have a right to privacy. If Republicans had their way – especially the Tea Party flavor – signs like this would be back up everywhere.

I’m old enough to have worked in municipal departments where those signs hadn’t yet faded away. The politics that went with the signs are still very much a part of American culture.

Yes, the cartoon deals accurately with a part of the problem. 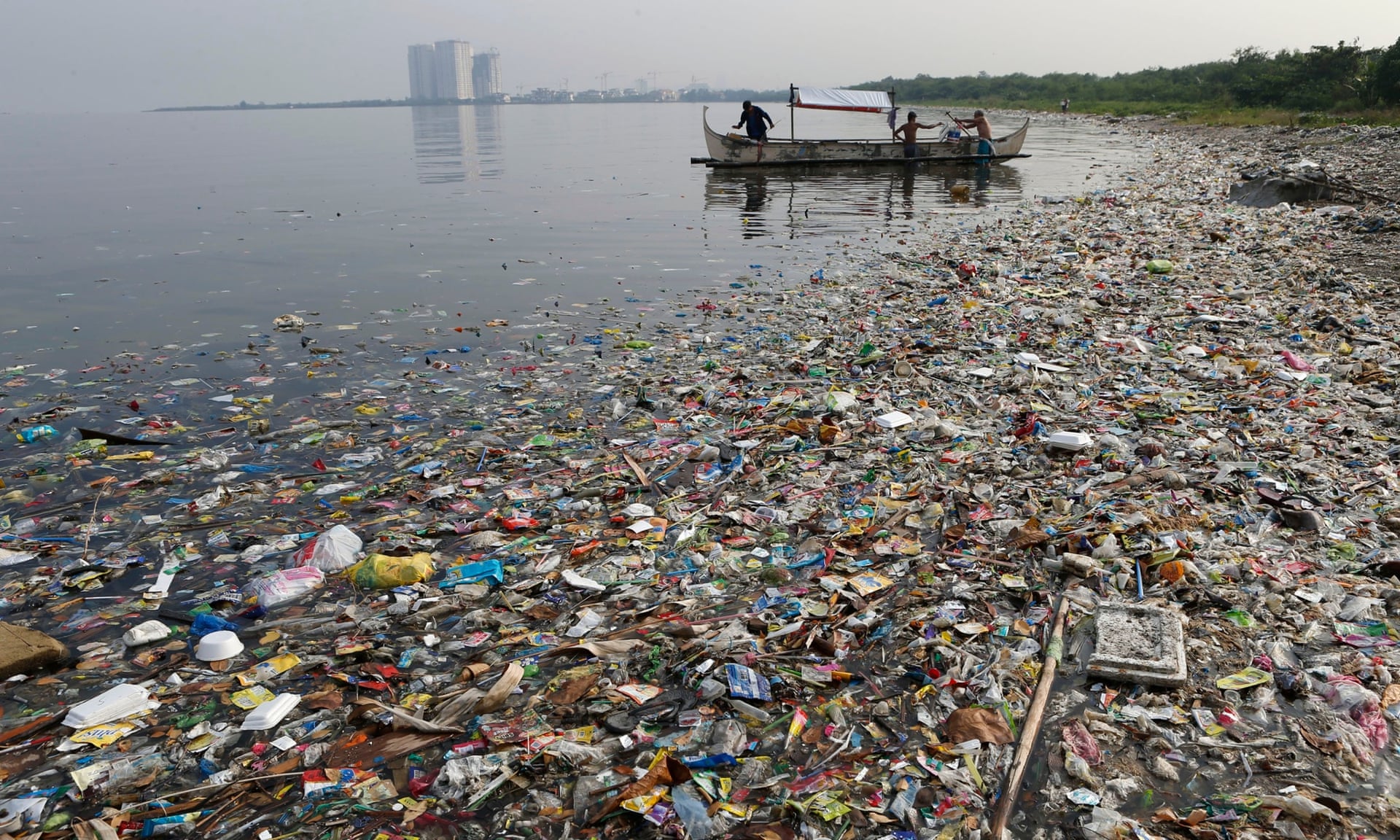 ❝The study, which drew on multiple sources, proposed setting up a new system to slash the leaking of plastics into nature, especially the oceans, and to find alternatives to crude oil and natural gas as the raw material of plastic production.

At least 8 million tons of plastics find their way into the ocean every year — equal to one garbage truckload every minute, said the report, which included analysis by the McKinsey Center for Business and Environment…

❝A sweeping change in the use of plastic packaging would require cooperation worldwide among consumer goods companies, plastic packaging producers, businesses involved in collection, cities, policymakers and other organizations, said the report. It proposed creating an independent coordinating body for the initiative.

“Plastics are the workhorse material of the modern economy, with unbeaten properties. However, they are also the ultimate single-use material,” said Martin Stuchtey of the McKinsey Center for Business and Environment. “Growing volumes of end-of-use plastics are generating costs and destroying value to the industry.”

Reusable plastics could become a valuable commodity in a “circular economy” that relied on recycling, Stuchtey said. “Our research confirms that applying those circular principles could spark a major wave of innovation, with benefits for the entire supply chain.”

…take a look at what one equestrian center in the UK is turning out.