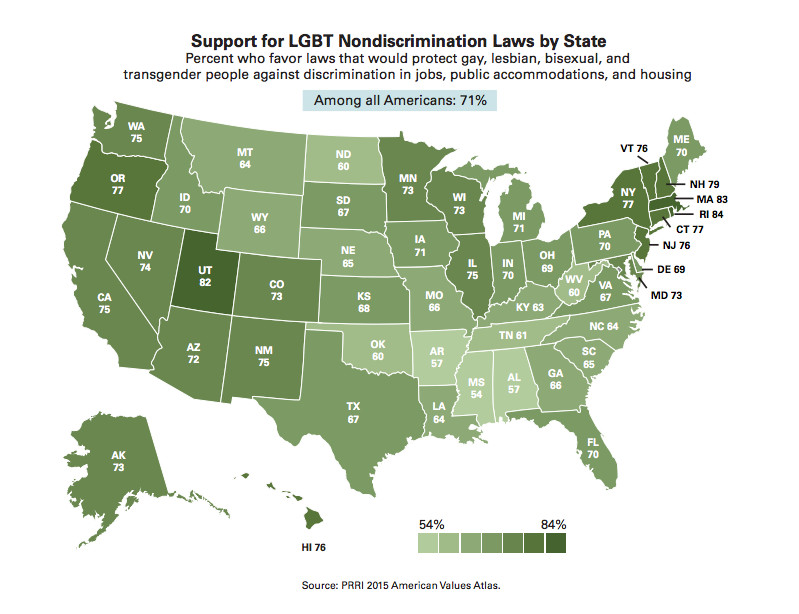 ❝ In most states, it is legal for an employer to fire someone, a landlord to evict someone, and a business owner to deny service to someone — all because the person in question is gay, lesbian, bisexual, transgender, or queer.

❝ Most Americans aren’t okay with that. A new survey by the Public Religion Research Institute (PRRI) found that a majority of Americans in all 50 states think anti-LGBTQ discrimination should be illegal in the workplace, housing, and public accommodations…

Might be time to nudge your state legislators into joining the Real America.

Doesn’t matter which one you pick 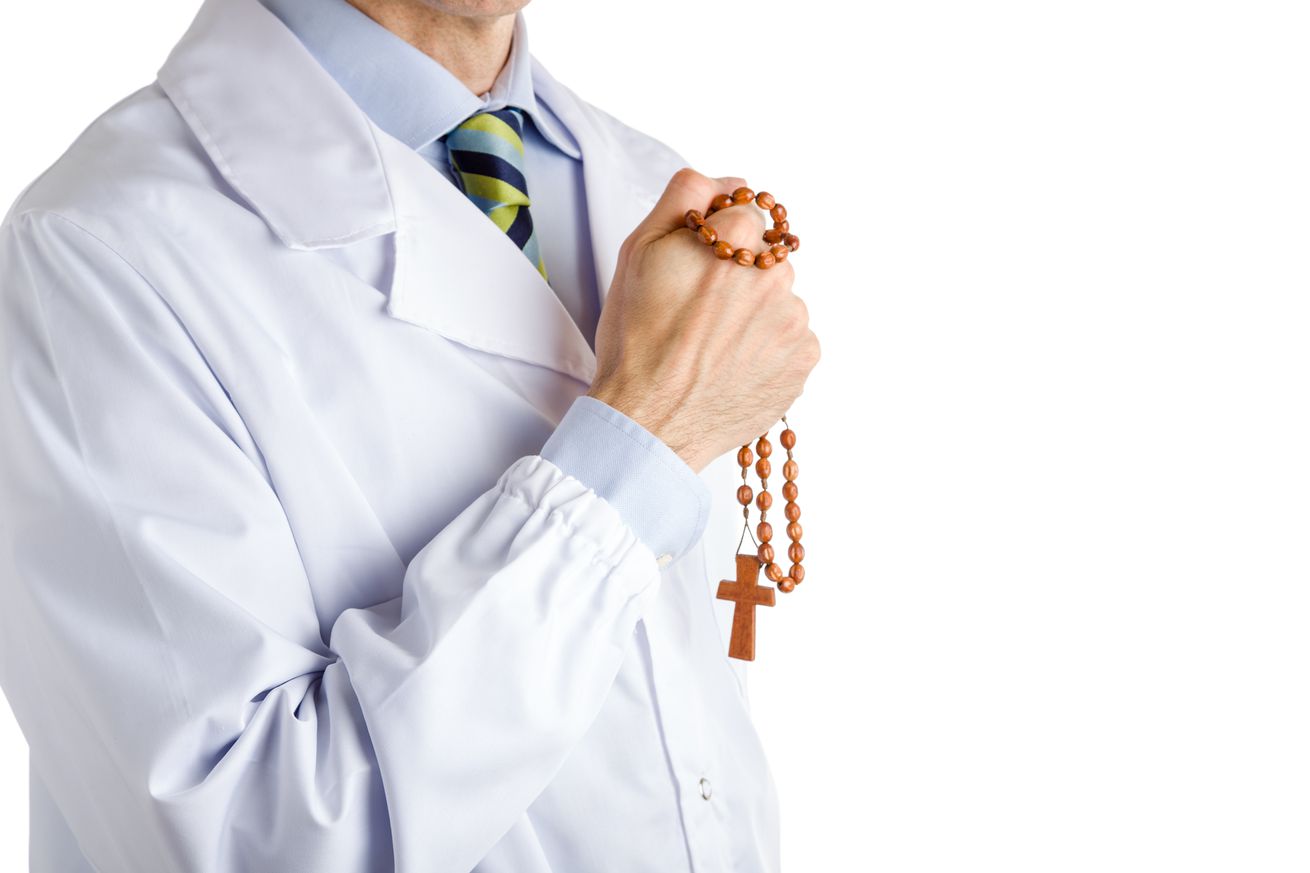 ❝ The woman inside the ambulance was miscarrying. That was clear from the foul-smelling fluid leaving her body. As the vehicle wailed toward the hospital, a doctor waiting for her arrival phoned a specialist, who was unequivocal: the baby would die. The woman might follow. Induce labor immediately.

But staff at the Mercy Health Partners hospital in Muskegon, Michigan would not induce labor for another 10 hours. Instead, they followed a set of directives written by the United States Conference of Catholic Bishops that forbid terminating a pregnancy unless the mother is in grave condition. Doctors decided they would delay until the woman showed signs of sepsis – a life-threatening response to an advanced infection – or the fetal heart stopped on its own.

In the end, it was sepsis. When the woman delivered, at 1.41am, doctors had been watching her temperature climb for more than eight hours. Her infant lived for 65 minutes.

This story is just one example of how a single Catholic hospital risked the health of five different women in a span of 17 months, according to a new report leaked to the Guardian.

❝ The report, by a former Muskegon County health official, Faith Groesbeck, accuses Mercy Health Partners of forcing five women between August 2009 and December 2010 to undergo dangerous miscarriages by giving them no other option.

All five women, the report says, had symptoms indicating that it would be safest for them to deliver immediately. But instead of informing the women of their options, the report says, or offering to transfer them to a different hospital, doctors – apparently out of deference to the Mercy Health Partners’ strict ban on abortion – unilaterally decided to subject the women to prolonged miscarriages.

As a result, the report claims, several of the women suffered infection or emotional trauma, or had to undergo unnecessary surgery. None of the women were pregnant beyond 24 weeks, when an infant can survive outside the womb.

❝ The report has not previously been made public. And it offers a disturbing look at how religious restrictions may interfere with emergency care. Catholic control of US hospitals has ballooned in the last 15 years, and with it, patient advocates warn, the risk that the US Bishops’ bans on abortion, contraception and sterilization will prevent thousands of women from receiving critical healthcare…

Healthcare watchdogs have documented isolated instances in which Catholic hospitals denied women birth control or sterilization procedures. But this report details some of the the most systematic collisions of religion and medicine ever to surface in public.

It behooves you to check out the policies of Catholic hospitals in your neck of the prairie. If you live somewhere like the city of Santa Fe – here in New Mexico – the only Emergency Room within 50 miles is Christus Saint Vincent.

Suffice it to say, the hospital’s name on the streets of Santa Fe is Saint Victims.