❝ Jane Mayer’s remarkable new book makes it abundantly clear that the Kochs, and the closely connected group of billionaires they’ve helped assemble, have spent [million of dollar$] over the past few decades, and that in the process they’ve distorted American politics in devastating ways, impairing the chances that we’ll effectively respond to climate change, reducing voting rights in many states, paralyzing Congress, and radically ratcheting up inequality.

❝ In this election cycle, for instance, the Kochs have publicly stated that they and their compatriots will spend $889 million, more than either the Republican or Democratic parties spent last time around. According to a recent analysis in Politico, their privatized political network is backed by a group of several hundred extremely rich fellow donors who often meet at off-the-record conclaves organized by the Kochs at desert resorts. It has at least 1,200 full-time staffers in 107 offices nationwide, or three and a half times as many as the Republican National Committee. They may be the most important unelected political figures in American history.

❝ As a result, Jane Mayer’s Dark Money — a detailed accounting of their rise and rise — is absolutely necessary reading for anyone who wants to make sense of our politics. Lay aside the endless punditry about Donald’s belligerence or Hillary’s ambition; Mayer is telling the epic story of America in our time. It is a triumph of investigative reporting, perhaps not surprising for a journalist who has won most of the awards her profession has to offer. But she had to cut through the secrecy that these men have carefully cultivated, unraveling an endless list of front groups. And she had to do it despite real intimidation; apparently an arm of what some have called “the Kochtopus” hired private investigators to try to dig up dirt on her personal and professional life, a tactic that failed because there wasn’t any. She’s a pro, and she’s given the world a full accounting of what had been a shadowy and largely unseen force.

And read the details in the review. A bit more motivation, eh? 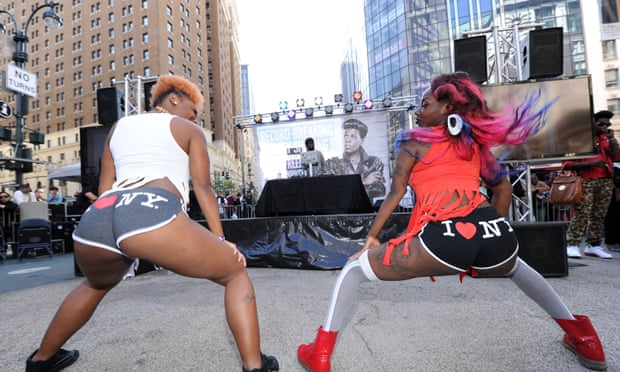 ❝ It started as a dispute between prominent bounce artist Big Freedia and a Mississippi town’s alcohol enforcement division over suspected gyrating.

The hip-hop artist from New Orleans, who was recently featured on Beyoncé’s new song Formation, was due to perform in Hattiesburg, Mississippi, as she had several times before…

“You can’t wear a thong. You must keep the cleft of your buttocks covered. And you cannot simulate a sex act,” said Mississippi ABC Chief of Enforcement Rusty Hanna, explaining the Mississippi provision that called into question Freedia’s show.

❝ According to Ben Shemper, owner of The Dollar Box Showroom where Freedia’s show was to take place, an alcohol agent threatened to shut the concert down if Big Freedia performed, and even threatened to shut down his club for a year…

…The threats ended in the show’s cancellation, and outrage from Big Freedia that the alcohol officials had deemed twerking “adult entertainment”.

“I would just like to apologize to all my fans in Mississippi for my show being canceled tonight due to the state alcohol beverage control saying that my show violates some law out there,” Freedia posted on her Facebook page, announcing that the show would be canceled…

❝ A Footloose-inspired replacement concert has been booked at The Dollar Box Showroom for 25 March. They are calling the event “Twerkloose”.

Good thing there aren’t any white performers in the Confederacy who ever sing or dance in a manner that might be considered sexually suggestive in Hattiesburg. Golly, can you imagine the fuss? ❝ New data from NASA and the National Oceanic and Atmospheric Administration suggest that January of 2016 was, for the globe, a truly extraordinary month. Coming off the hottest year ever recorded (2015), January saw the greatest departure from average of any month on record, according to data provided by NASA.

But as you can see in the NASA figure above, the record breaking heat wasn’t uniformly distributed — it was particularly pronounced at the top of the world, showing temperature anomalies above 4 degrees Celsius (7.2 degrees Fahrenheit) higher than the 1951 to 1980 average in this region…

❝ Global warming has long been known to be particularly intense in the Arctic — a phenomenon known as “Arctic amplification” — but even so, lately the phenomenon has been extremely pronounced.

This unusual Arctic heat has been accompanied by a new record low level for Arctic sea ice extent during the normally ice-packed month of January, according to the National Snow and Ice Data Center — over 400,000 square miles below average for the month. And of course, that is closely tied to warm Arctic air temperatures…

❝ “We’ve got this huge El Niño out there, we have the warm blob in the northeast Pacific, the cool blob in the Atlantic, and this ridiculously warm Arctic,” says Jennifer Francis, a climate researcher at Rutgers University who focuses on the Arctic and has argued that Arctic changes are changing mid-latitude weather by causing wobbles in the jet stream. “All these things happening at the same time that have never happened before…”

If the Arctic is this warm in January and February, then when real warmth comes later this year, these will all be areas to watch.

“I think this winter is going to get studied like crazy, for quite a while,” says Francis. “It’s a very interesting time.”

They’d be more interesting if American conservatives with an education and an understanding of scientific methods would stand up on their hind legs and batter some sense into the brains of their rank-and-file peers in the Republican Party. Believing the Earth is only 6000 years old and angels really hold the occasional square dance on some pinhead is all well and good. But, not even if you’re trying to grow corn in Kansas. Not with the sort of climate change that’s lining up around the world.

I realize that racism is critical to a feeling of wellbeing for many Americans still stuck ideologically in the 19th Century. In another year, it looks like we’ll be back to a president who is the “Right” color. Maybe, then, the Party of NO might decide that win or lose in the election cycle, Republicans might get back to some level of responsible participation in the future of this nation and maybe even the planet.