❝ The federal government plans to spend $80 million assessing whether its hottest nuclear waste can be stored in 3-mile-deep holes, a project that could provide an alternative strategy to a Nevada repository plan that was halted in 2010.

The five-year borehole project was tentatively slated to start later this year on state-owned land in rural North Dakota, but it has already been met with opposition from state and local leaders who want more time to review whether the plan poses any public danger.

❝ The Department of Energy wants to conduct its work just south of the Canadian border on 20 acres near Rugby, North Dakota — in part because it’s in a rural area not prone to earthquakes — but is prepared to look elsewhere if a deal can’t be reached…

Project leaders say the research will require months of drilling deep into the earth but will not involve any nuclear waste. Instead, dummy canisters without radioactive material would be used in the project’s third and final phase…

The research team will look at deep rock to check its water permeability, stability, geothermal characteristics and seismic activity — a central concern with burying the hot radioactive waste deep underground…

❝ Currently, high-level radioactive waste — both from government sources and utilities’ nuclear power plants — is without a final burial site. The waste at power plants is stored on site in pools of water or in heavily fortified casks, while the government’s waste remains at its research labs.

So, you understand what a thorough job our government has done all these decades of producing highly-radioactive waste. With no final storage site. Cripes! I was working on some of this crap in 1958. 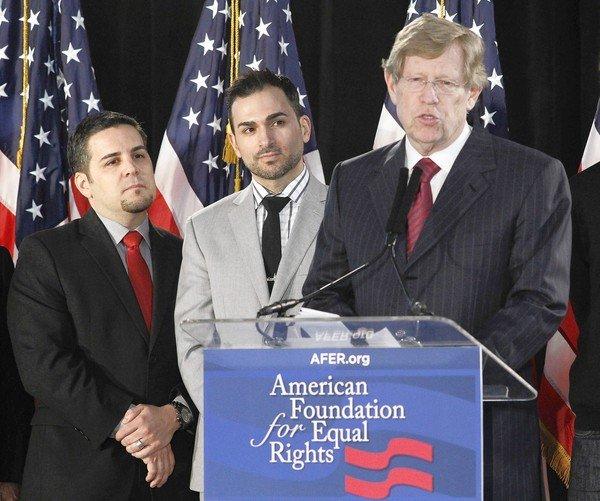 ❝ After the court laid down its verdict demanding Apple to unlock the encrypted iPhone of San Bernardino shooters, the newly hired outside lawyer said in his first statement in the case, that the order could imperil the privacy of millions of people around the world.

❝ Apple CEO Tim Cook has chosen to stand for privacy and will oppose the order, as released in an open letter to customers.

He emphatically stated that to compromise the security of the personal information can ultimately put the personal safety at risk. This is also the reason behind the importance of encryption.

“For many years, we have used encryption to protect our customers’ personal data because we believe it’s the only way to keep their information safe. We have even put that data out of our own reach, because we believe the contents of your iPhone are none of our business,” he added…

❝ No evidence has surfaced so far to indicate Farook and his wife, Tashfeen Malik, were in contact with terrorists, or had received outside support, before the attack, which left 14 people dead. The couple were later killed in a shootout with police.

❝ Civil liberties groups warn that forcing companies to crack their own encryption endangers the technical integrity of the Internet and threatens not just the privacy of customers, but potentially that of citizens of any country.

Most technology security experts, including many who have served in government opined that technical efforts to provide government access to encrypted devices inevitably degrades security for everyone since 1990s.

❝ The right to privacy is a human right and an element of various legal traditions which may restrain both government and private party action that threatens the privacy of individuals. It is also Constitutional right which is innate in every citizen of the country.

The FBI has a long history of lying about violations of civil liberties and civil rights. Until the Carter administration the FBI batted 1.000 in lynching cases – obtaining zero convictions. I was part of a civil liberties class action suit against the FBI and local law enforcement over 40 years ago. A successful lawsuit against illegal wiretapping. The creepy bastards even wiretapped my parent’s phone in case I made a subversive phone call when I dropped by for a family Sunday dinner. Their net was so broad they even tapped the phone of a slug like Joe Lieberman because he was head of the Yale Young Dems.

The history goes back to the Red Squads incorporated in most police departments even before World War 1. And never ended. Legislators in Congress and statehouses would act up once or twice a century and lay some heat on the police state the Feds wanted in place – and they would make nice for a few years. But, sooner or later, along would come a creep like Reagan or George W who would write a blank check for anything the FBI or CIA or NSA wanted. And our civil liberties were relegated to history books, again.

This fight is not a new one. Not in my lifetime. Not in the history passed since our Declaration of Independence. What is required — as ever – is people of courage to stand up and be counted. Counted on the side of our rights.

❝ If you’re making travel plans for 2016, these ten places are the best adventure trips for photographers to explore and photograph this year.

❝ For photographers seeking inspiration, or adventure-seeking travelers looking to explore, we’ve put together a list of our favorite adventure trips to take this year.

Beyond their beauty, we believe these locations have more to offer than you might initially think. From hidden caves along the Oregon Coast, to snow-capped mountains in Japan, the following locations are not only worth photographing, but also traveling to see a few sites you might not know exist.

One of the delights of making it to being an old fart is memories – and visual reminders/your own photographs – of the places you visited that stick in your mind for their beauty. I’ve been to a few of these places and they are among my favorites.

Thanks to Om Malik for the reminder.