❝ Pakistani-American artist Anila Quayyum Agha uses light and cast shadow to transform Rice Gallery into a sacred space of her own making that is open to all.

❝ “Intersections” is inspired by Agha’s seminal experience of exclusion as a woman from Mosques, a space of community and creativity, while growing up in Pakistan. The wooden frieze emulates a pattern from the Alhambra, a palace where Islamic and Western discourses met and co-existed in harmony, and serves as a metaphor of union.

An art form I actually have some experience with. Never on this scale. Beautiful.

❝ For the second year in a row, a legislative storm is brewing in Colorado over who legally owns drops of rain.

A bill that would allow gardeners to store 110 gallons of runoff from their roof in up to two rain barrels passed on a 10-2 bipartisan vote in a House committee Monday. Republicans in the state Senate let a similar bill expire without a vote on the chamber floor at the end of last year’s session.

❝ Opponents cited state water law that says rainfall must be allowed to move unabated back into the ecosystem to feed aquifers and reservoirs for those who hold expensive water rights.

In theory, proponents say, when the rainwater goes on gardens or lawns, it would then return to the larger environment. In the bargain, rain-barrel users would get a sense of how little it rains in Colorado and how much water they use on their property…

❝ Colorado is the only state that bans rain barrels and is one of just four states that restrict so-called rainwater harvesting, joined by Arizona, Oklahoma and Utah, according to the National Conference of State Legislatures.

Reagan Waskom, director of the Colorado Water Institute and chairman of the Colorado State University Water Center, said an experiment showed no detectable impact on downstream runoff. Nearly all of it is absorbed in the soil, just as it would if it was not captured.

CSU is neutral on the bill, he said.

Here in New Mexico we don’t specialize in being up-to-date about a whole bunch or science and law. But, even here we separate groundwater, surface water and rain water. The last-named being easiest to regulate. The state encourages using rain barrels to water your garden, etc..

We have four converted 220-litre food grade converted olive oil barrels. Filling and emptying is erratic and obviously dependent on simple factors like precipitation year-round. We get a fair amount of use for soaking tree dishes, etc., from snow melt, as well as watering the garden summertime. 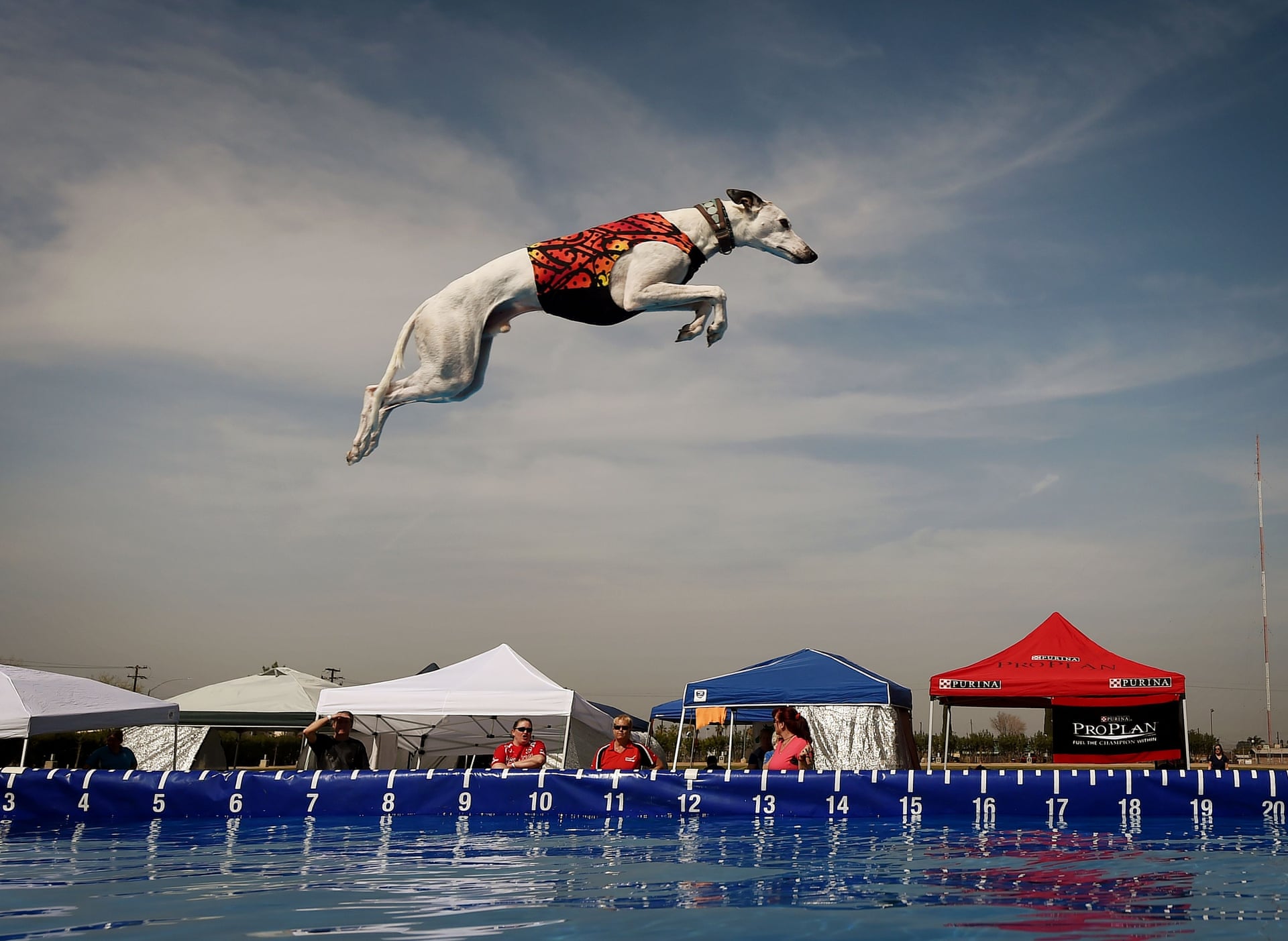 ❝ World record-holder Cochiti the whippet leaps into the water during the DockDogs west coast challenge. The world record is a jump of nearly 10 metres – 31ft – from the dock into the water.