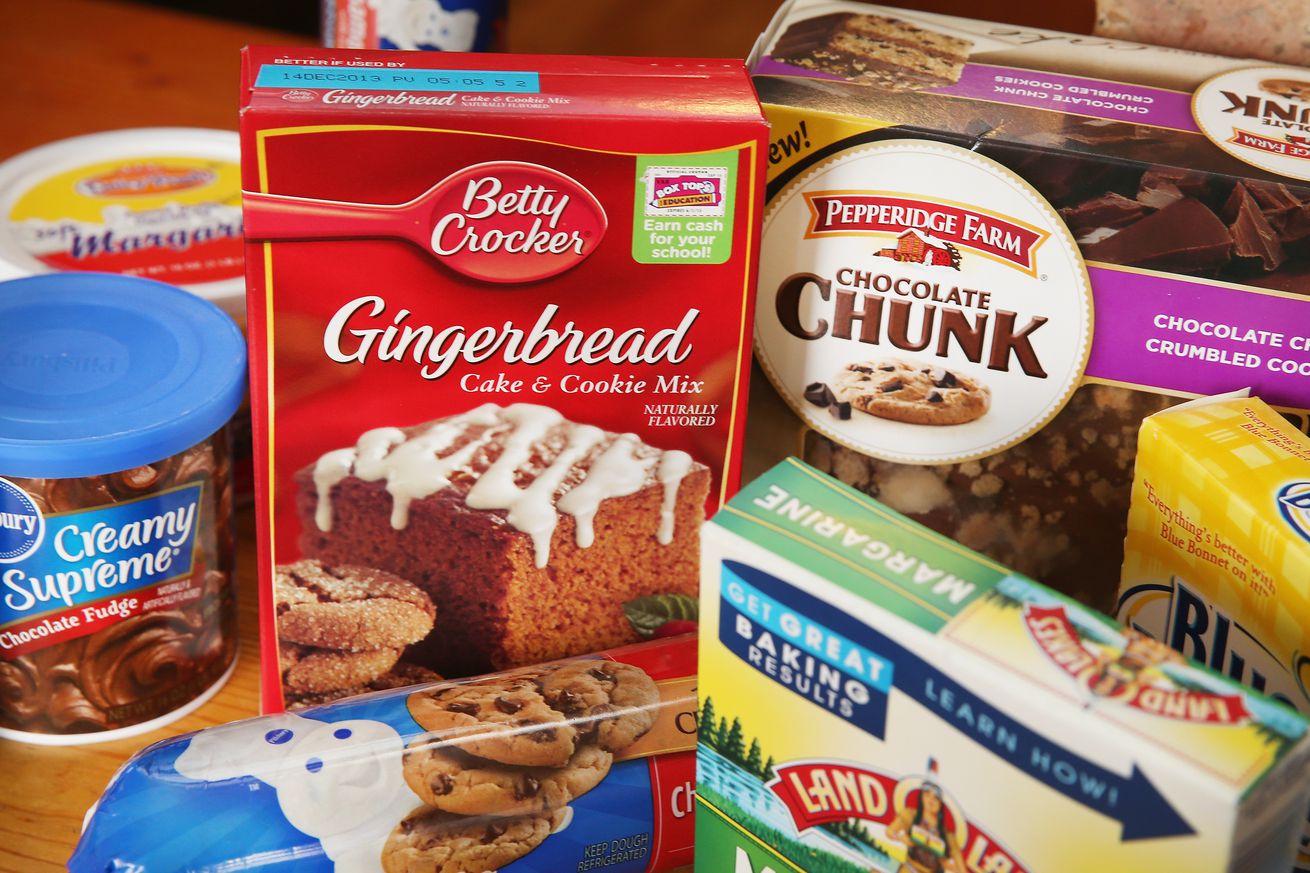 That category includes foods like frozen pizzas, breakfast cereals, and fizzy sodas. Researchers at Tufts University and the University of Sao Paulo analyzed the eating habits of more than 9,000 Americans and concluded that about 58 percent of the average American’s calories come from ultra-processed foods every day.

❝ The study, which was published in the medical journal BMJ Open, drew findings from in-depth interviews with the study’s participants, who were asked to recall every item they’d eaten over a 24-hour period. On average, they consumed about 2,070 calories per day.

In addition to the ultra-processed foods, participants took in about 28 percent of their calories from unprocessed foods, such as eggs, milk, vegetables, or fresh fish. An additional 10 percent came from regular processed foods – items like cheese or cured meat.

❝ Of course, the problem with this heightened sugar intake is that it makes Americans more likely to be overweight or obese. That, in turn, increases the chances of developing serious health problems like diabetes, heart disease, stroke, and cancer.

If Americans want to cut back on those risks, the researchers conclude, they’ll have to take in a lot less added sugar – which means they’ll need to cut way back on ultra-processed foods.

Here’s a link to the Harvard School of Public Health and a post about added sugars – including all the names camouflaging the real deal. 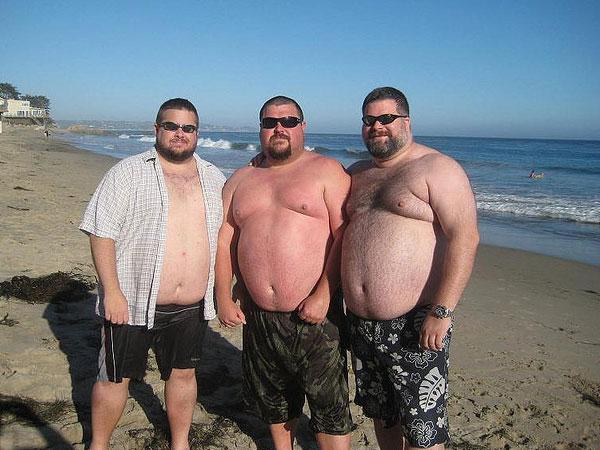 ❝ That the human body contains good fat and bad fat has been known to scientists for some time, but mechanisms that allow us to convert one into the other have been a little harder to come by. In search of such a trigger, scientists have uncovered a switch in the fat cells of mice that helps them shed the extra pounds. The good news? That very same switch is present in humans.

❝ Science has teased us with a so-called fat switch for years. White fat cells, which are the culprits behind obesity, store the energy that we don’t use in what we see as love handles and beer bellies. Brown fat cells on the other hand, play the useful role of burning fat to produce heat and keep us warm. Research into how we can trick the body into generating more brown fat cells has produced some promising discoveries, like hormones that mimic the effects of exercise, for example.

❝ Now a team of international scientists has unearthed yet another fat switch candidate. Working with mice, the team discovered an especially high number of receptors in brown fat cells that cling to a protein called Gq. They found that boosting the activity of the Gq protein led to a decrease in population and quality of the brown cells. Conversely, blocking its activity allowed more brown fat cells to prosper.

The team also investigated the effects on beige fat cells. This third type of fat cell was only discovered in 2012 and, like brown fat cells, has the ability to burn excess energy. The researchers observed that blocking the Gq protein in the beige cells also caused more fat-burning cells to mature. It is on these types of cells that they are pinning their hopes of success.

❝ But there’s a long way to go yet. The studies are described as being in a basic research stage, and any drugs that block the Gq proteins in humans are yet to be developed…“Even in human fat cells, it was shown that brown fat cells can grow much better once Gq proteins were blocked,” says Dr. Alexander Pfeifer…

Lots of folks will be waiting and watching.

❝ On Saturday, NASA dropped a bombshell of a climate report. February 2016 has soared past all rivals as the warmest seasonally adjusted month in more than a century of global recordkeeping. NASA’s analysis showed that February ran 1.35°C (2.43°F) above the 1951-1980 global average for the month, as can be seen in the list of monthly anomalies going back to 1880. The previous record was set just last month, as January 2016 came in 1.14°C above the 1951-1980 average for the month.

In other words, February has dispensed with this one-month-old record by a full 0.21°C (0.38°F)–an extraordinary margin to beat a monthly world temperature record by. Perhaps even more remarkable is that February 2015 crushed the previous February record–set in 1998 during the peak atmospheric influence of the 1997-98 “super” El Niño that’s comparable in strength to the current one–by a massive 0.47°C (0.85°F).

Our march toward an ever-warmer planet — Click to enlarge

❝ Because there is so much land in the Northern Hemisphere, and since land temperatures rise and fall more sharply with the seasons than ocean temperatures, global readings tend to average about 4°C cooler in January and February than they do in July or August. Thus, February is not atop the pack in terms of absolute warmest global temperature: that record was set in July 2015. The real significance of the February record is in its departure from the seasonal norms that people, plants, animals, and the Earth system are accustomed to dealing with at a given time of year…

The weekly Niño3.4 anomalies peaked in mid-November 2015 at a record +3.1°C, so it’s possible that February 2016 will stand as the apex of the influence of the 2015-16 El Niño on global temperature, although the first half of March appears to be giving February a run for its money. We can expect the next several months to remain well above the long-term average, and it remains very possible (though not yet certain) that 2016 will top 2015 as the warmest year in global record-keeping.

Stay tuned, folks. We’ll be here as long as the fibre to the house doesn’t melt. And RTFA for more details, more links to folks keeping us up-to-date on climate change still denied by fools and the foolhardy.

❝ Anshu Jain, who stepped down as Deutsche Bank AG co-chief executive officer at the end of June, received 2.2 million euros ($2.5 million) of severance pay and can keep a chauffeured car at the company’s expense until he leads another firm.

The payout comprises “compensation payments for non-competition agreed in the employment contract,” Deutsche Bank said in a statement on Friday. The 53-year-old was also awarded a one-time insurance amount related to pension plan benefits of 1.5 million euros.

❝ “While this may look overly generous, it probably has made it easier for Deutsche Bank to deal with another distraction and get on with the monumental job of getting back on track,” said Christopher Wheeler, a London-based analyst at Atlantic Equities LLP. “It’s clear Deutsche Bank wanted to respect what he had achieved in ensuring the best split possible and avoid a lot of ‘noise’ around the move…”

❝ Jain, who helped build Deutsche Bank into a fixed-income powerhouse in two decades at the company, stepped down in June amid a series of top-level shuffles across European banks. His successor, John Cryan, took over running a lender plagued by billions of euros in legal costs tied to misconduct and doubts over strategy.

So, he screwed up what he did and you’re afraid he may make it worse.

❝ Jain will have use of an office and secretarial support as well as the chauffeur-driven car “to use to a reasonable extent until June 30, 2017, at the latest or until he assumes another position of professional activity in a leadership function,” the bank said. He consulted for Deutsche Bank through 2015.

The article notes this golden parachute may “send a negative signal to the firm’s employees as they face layoffs and bonus cuts”. NSS. I’d be royally pissed.