❝ In an ambitious attempt to revive a population long considered to be on the brink of extinction, scientists announced Friday they have slowly begun to reintroduce normal, well-adjusted human beings back into society.

❝ According to officials at Cornell University, where for the past 18 years conservation researchers have operated an enclosed sanctuary for humans who are levelheaded and make it a habit to think before they speak, the endangered group is being cautiously reintegrated into select locations nationwide in hopes that they can reestablish permanent communities and one day thrive again.

“We’ve worked for years to stabilize our society’s dwindling population of sane, generally reasonable people, and within the safe confines of our refuge we’ve finally seen their numbers start to bounce back a little,” said Josh Adelson, head of the Cornell research team, which moved the remaining members of the group into a protected habitat in 1998 to keep them from dying off completely. “Now, we can very gradually begin to release this rare breed of rational humans back into the general public. With luck, they can survive and prosper…”

❝ Prior to the conservation efforts, it is believed that even-tempered people with sound judgment and the ability to put the needs of others before themselves had dwindled to less than 150 within the country’s borders, and had gone completely extinct in the nation’s businesses and civic institutions. Experts widely agree that without isolation, protection, and captive-breeding programs, the remaining thoughtful, foresighted individuals would have been totally wiped out…

❝ Though researchers have expressed cautious optimism for the reintroduction program, many leading scientists have noted that the number of areas in the U.S. capable of sustaining well-adjusted humans has drastically decreased. According to experts, there is almost no chance the population will ever thrive again anywhere in the state of Florida…

Top researchers confirmed that it was already far too late to halt the country’s dominant breed of humans — assholes — from spreading uncontrollably to every region on earth.

❝ Peel away the layers of a house — the plastered walls, the slate roof, the hardwood floors — and you’re left with a frame, the skeletal form that makes up the core of any structure. Can we do the same with life? Can scientists pare down the layers of complexity to reveal the essence of life, the foundation on which biology is built?

That’s what Craig Venter and his collaborators have attempted to do in a new study published…in the journal Science. Venter’s team painstakingly whittled down the genome of Mycoplasma mycoides, a bacterium that lives in cattle, to reveal a bare-bones set of genetic instructions capable of making life. The result is a tiny organism named syn3.0 that contains just 473 genes. By comparison, E. coli has about 4,000 to 5,000 genes, and humans have roughly 20,000.

Yet within those 473 genes lies a gaping hole. Scientists have little idea what roughly a third of them do. Rather than illuminating the essential components of life, syn3.0 has revealed how much we have left to learn about the very basics of biology.

❝ “To me, the most interesting thing is what it tells us about what we don’t know,” said Jack Szostak, a biochemist at Harvard University who was not involved in the study. “So many genes of unknown function seem to be essential…”

❝ The seed for Venter’s quest was planted in 1995…when Venter’s researchers started work on this new project, they chose M. genitalium — the second complete bacterial genome to be sequenced — expressly for its diminutive genome size. With 517 genes and 580,000 DNA letters, it has one of the smallest known genomes in a self-replicating organism…

M. genitalium’s trim package of DNA raised the question: What is the smallest number of genes a cell could possess? “We wanted to know the basic gene components of life,” Venter said. “It seemed like a great idea 20 years ago — we had no idea it would be a 20-year process to get here…”

❝ …Rather than editing DNA in a living organism, as most researchers did, they wanted to exert greater control — to plan their genome on a computer and then synthesize the DNA in test tubes.

In 2008, Venter and his collaborator Hamilton Smith created the first synthetic bacterial genome by building a modified version of M. genitalium’s DNA. Then in 2010 they made the first self-replicating synthetic organism, manufacturing a version of M. mycoides’ genome and then transplanting it into a different Mycoplasma species. The synthetic genome took over the cell, replacing the native operating system with a human-made version. The synthetic M. mycoides genome was mostly identical to the natural version, save for a few genetic watermarks…

With the right tools finally in hand, the researchers designed a set of genetic blueprints for their minimal cell and then tried to build them. Yet “not one design worked,” Venter said. He saw their repeated failures as a rebuke for their hubris. Does modern science have sufficient knowledge of basic biological principles to build a cell? “The answer was a resounding no,” he said.

❝ So the team took a different and more labor-intensive tack, replacing the design approach with trial and error. They disrupted M. mycoides’ genes, determining which were essential for the bacteria to survive. They erased the extraneous genes to create syn3.0, which has a smaller genome than any independently replicating organism discovered on Earth to date.

What’s left after trimming the genetic fat? The majority of the remaining genes are involved in one of three functions: producing RNA and proteins, preserving the fidelity of genetic information, or creating the cell membrane. Genes for editing DNA were largely expendable.

❝ Venter’s minimal cell is a product not just of its environment, but of the entirety of the history of life on Earth. Sometime in biology’s 4-billion-year record, cells much simpler than this one must have existed. “We didn’t go from nothing to a cell with 400 genes,” Szostak said. He and others are trying to make more basic life-forms that are representative of these earlier stages of evolution.

“Not yet” applies to most of the unresolved questions about Venter’s research and exploration. It is, after all, how he set about to win the prize for sequencing the human genome. Ignoring accepted practices, he looked ahead to what he logically presumed would be the amount of computing horsepower that would be around at the end of the time-scale for his experiments. And calculated the management of his experiments on the basis of what hardware would be available to run whatever software he designed to analyze what he was building – when he got near the end of the whole timeframe.

This time? He found more questions. Plus – he ain’t in a race either. 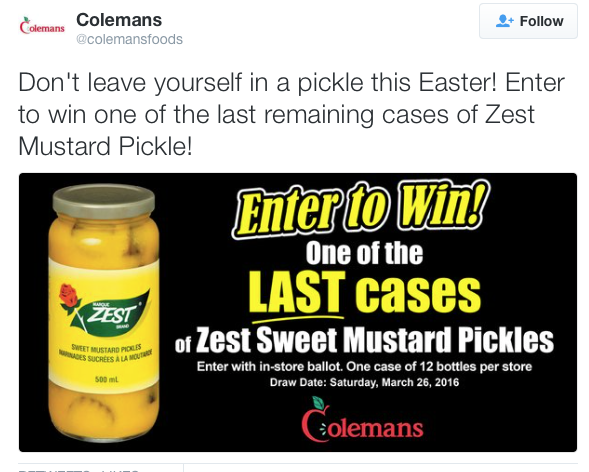 ❝ On a Friday afternoon in early March, grocery stores all over Newfoundland dealt with an unusual rush. Customers ran in, asking frantically after particular items. Phones rang as family members placed requests. Beneath the cheerful shopping music coursed a vague yet undeniable current of panic.

Outside, though, no winter storm approached, and the purposeful shoppers walked right past the water and the flashlight batteries. They were after something far more precious: the last of the mass-produced mustard pickles.

❝ After years of faithful service, Smucker’s had announced the end of its beloved Zest and Habitant brands, meaning an end to easily-available, off-the-shelf mustard pickles. “Kiss your pickle goodbye,” read one headline in the Telegram, the “people’s paper” of the province…

❝ Mustard pickles also play a sort of “Best Supporting Side” role in what’s known as Jiggs dinner, an end-of-week meal made up of salt beef, pease pudding, and root vegetables all cooked together. “Like most Newfoundlanders, I ate this every Sunday until my great grandmother died,” says Felicity Roberts. The dish is named after the main character from a 20th-century Irish-American comic strip, “Bringing Up Father.” Jiggs, the father in question, would skip his wife’s fancier dishes and sneak out to the pub for his favorite boiled meal, which reminded him of his working-class roots.

Even the entrance of modern conveniences has failed to phase out the pickle. Today’s Newfoundlanders still eat Jiggs dinner “with mustard pickle bys,” but they also stack the briny veggies on cod cakes, cook them into croquettes, or snack on them straight out of the bottle. Meanwhile, new traditions emerge. Anthony remembers “full on wrestling over the piece of cauliflower” during a day of drinking with friends. When asked about his personal pickle usage, restaurateur and cookbook author Mark McCrowe says, simply, “I put that shit on everything…”

❝ Soon after the initial ruckus, the iron cooled somewhat, as several bigger pickle players stepped in to fill the void…Grocery store Colemans, which bore the brunt of the emergency rush, is developing a store-brand pickle they swear is “way better than the Zest.”

Fans have their doubts. But despite the loss of two populist favorites, Roberts thinks the episode may have been good for the mustard pickle. “It’s kind of given them a little resurgence,” she says. “It became quite the hipster thing in the past few weeks, to show up with a jar of mustard pickle.” Roberts knows of “at least one person” who got the rose from the Zest pickles logo tattooed on an arm.

My mom made her own Italian version of mustard pickles. She’d buy a jar of a good Italian brand of Giardiniera. Pour out the vinegar brine and fill it back up with her favorite yellow mustard. Give it a couple of weeks and it was heaven.

Cripes. My mouth is watering. 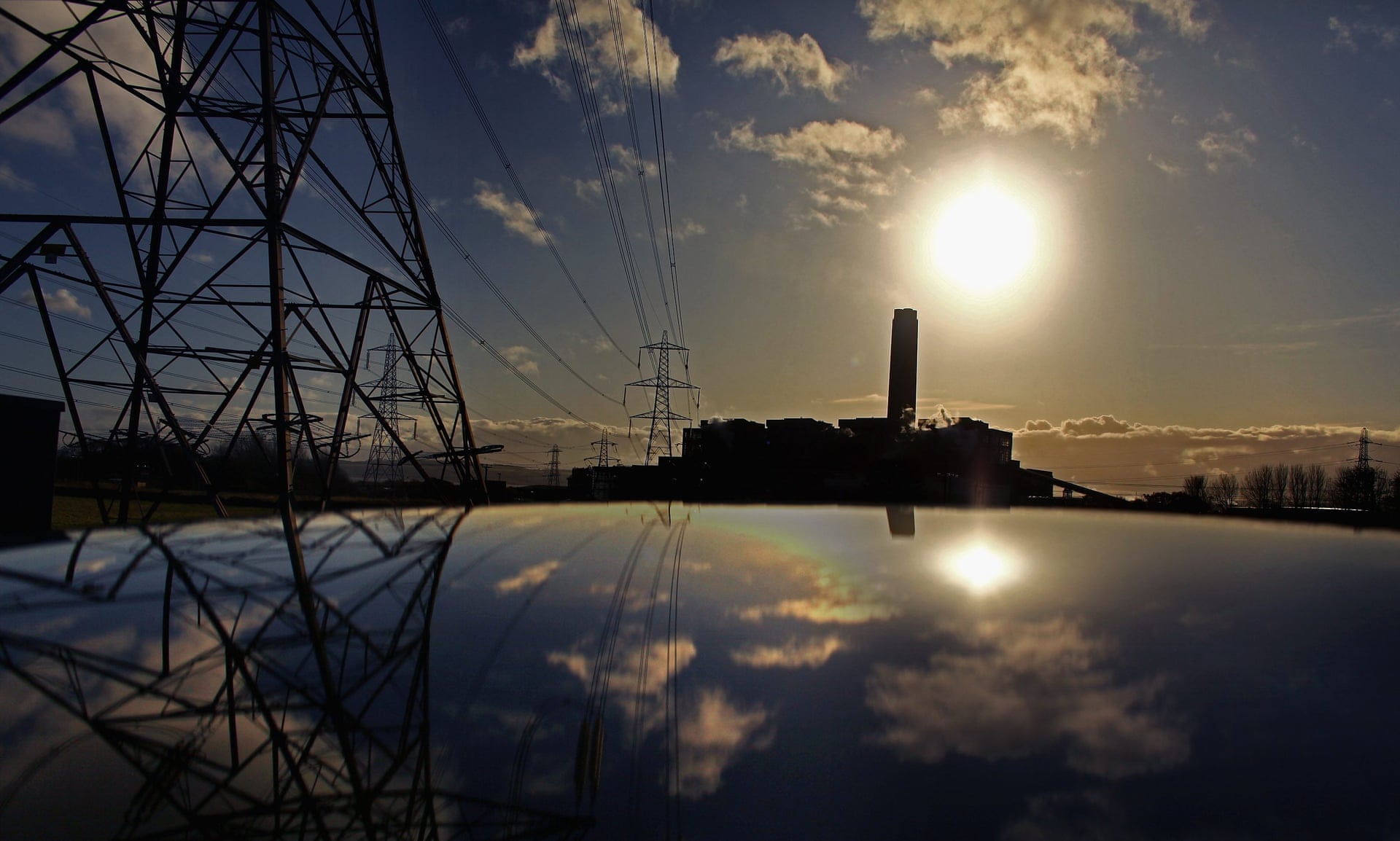