❝ Tyrrell County sits just inland from North Carolina’s Outer Banks barrier islands. With 3,600 people living and farming along 400 square miles, it’s an ecologically rich enclave. It also ranks No. 1 among 319 U.S. coastal counties facing long-term risk from rising seas. By 2100, according to a new study, 94 percent of Tyrrell’s future population may be at risk from encroaching seawater.

The swelling ocean may threaten the homes of up to 13.1 million coast-dwelling Americans by the end of this century, according to the study published today in the journal Nature Climate Change. Led by Mathew Hauer, a doctoral candidate at the University of Georgia, the research is novel because it combines population projections with sea-level rise projections. 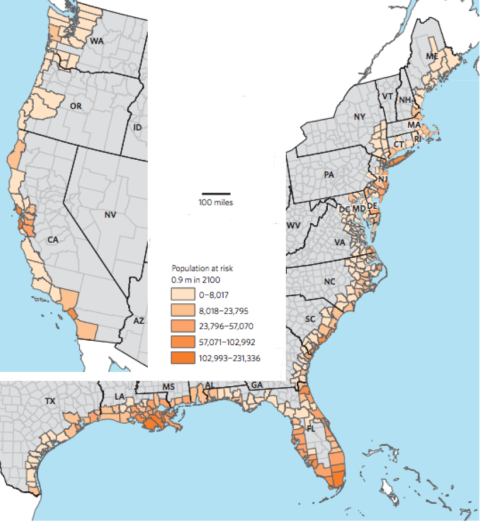 ❝ Tyrrell County leads the country only by percentage of its population at risk. The largest absolute numbers of people at risk are in Miami-Dade and Broward counties in Florida. These two areas would make up 25 percent of all people impacted nationally—or more than 3.5 million—if waters rise by 6 feet, which is the most extreme scenario the study’s authors anticipated. That threat has made the southern Florida climate story the center of much attention in recent years. More than 100,000 people could be displaced in each of 31 counties in the 6-foot rise scenario.

But it’s in Tyrrell, and neighboring Hyde and Dare counties, where you can squint and see the future of the American climate change debate, which may turn on questions of economic influence as much as environmental risk…

❝ Dare County, just east of Tyrrell, includes the thin barrier islands of the Outer Banks. Duck is a small town in its north. Officially, just 369 people live there, but a couple thousand more dwell there as nonresidents, said Chris Layton, the town manager. In the summer tourist season, Duck’s population swells past 25,000.

Erosion has become such a serious issue that Duck and two other towns have banded together to replenish the beaches with sand, without state or federal funding. The project is expected to last five years, when another treatment might be needed. That raises a central question for the local economy’s future. How long can these towns rebuild their beaches in the face of rising seas? What if every five years isn’t enough, and the beaches need renourishment every year? “At some point it’s not affordable anymore,” Layton said. Adapting to change will be instrumental where change can’t be pushed away. Thus far, the movement to refresh the beaches is driven by concerned citizens, he said. And there’s still plenty of work to be done on the western side of town, which faces Currituck Sound.

❝ Some residents may not see the threat of change the same way their local governments do…Layton, the Duck town manager, knows the data…“I don’t think we have a lot of climate deniers in Duck,” he said. “We’re not trying to scare people. We’re just trying to tell people, this is what we know, and this is how we’re trying to approach it.”

Americans don’t exactly lead the pack in political decisions based on enlightened self-interest. They’ll gladly march off a cliff, biblical lemmings following some tub-thumping preacher. Or march off to war, waving obedient flags, “defending” their neighborhood by killing some darker folks thousands of miles away.

I think it will take a fair amount of seawater washing away the petunias in the front yard before Americans get around to standing up on their hind legs and hollering at the Do-Nothing crowd in Congress.

He wanted them to avoid Good Friday but the band still played the Communist state’s first open-air rock concert by a western band.

Mick Jagger declared it “a great historic moment” . And he added: “Time changes everything. We are really pleased to be here.”

❝ The Vatican had asked them not to play on Good Friday, even suggesting they start at midnight to avoid the holy day.

But the rockers vowed not to let down the 500,000 fans expected at the free outdoor gig in the capital Havana…

Much as they didn’t want to upset the Pope, they had a contract to play and were going to honour it…

❝ A second source said the Stones respectfully replied to the Vatican, saying other global music events were being held on Good Friday.

Pope Francis hosted talks between US and Cuban officials last year, paving the way for Barack Obama this week to become the first serving US leader in 88 years to visit the Caribbean island.

It wasn’t just Good Friday in Havana. It was the Best Friday. 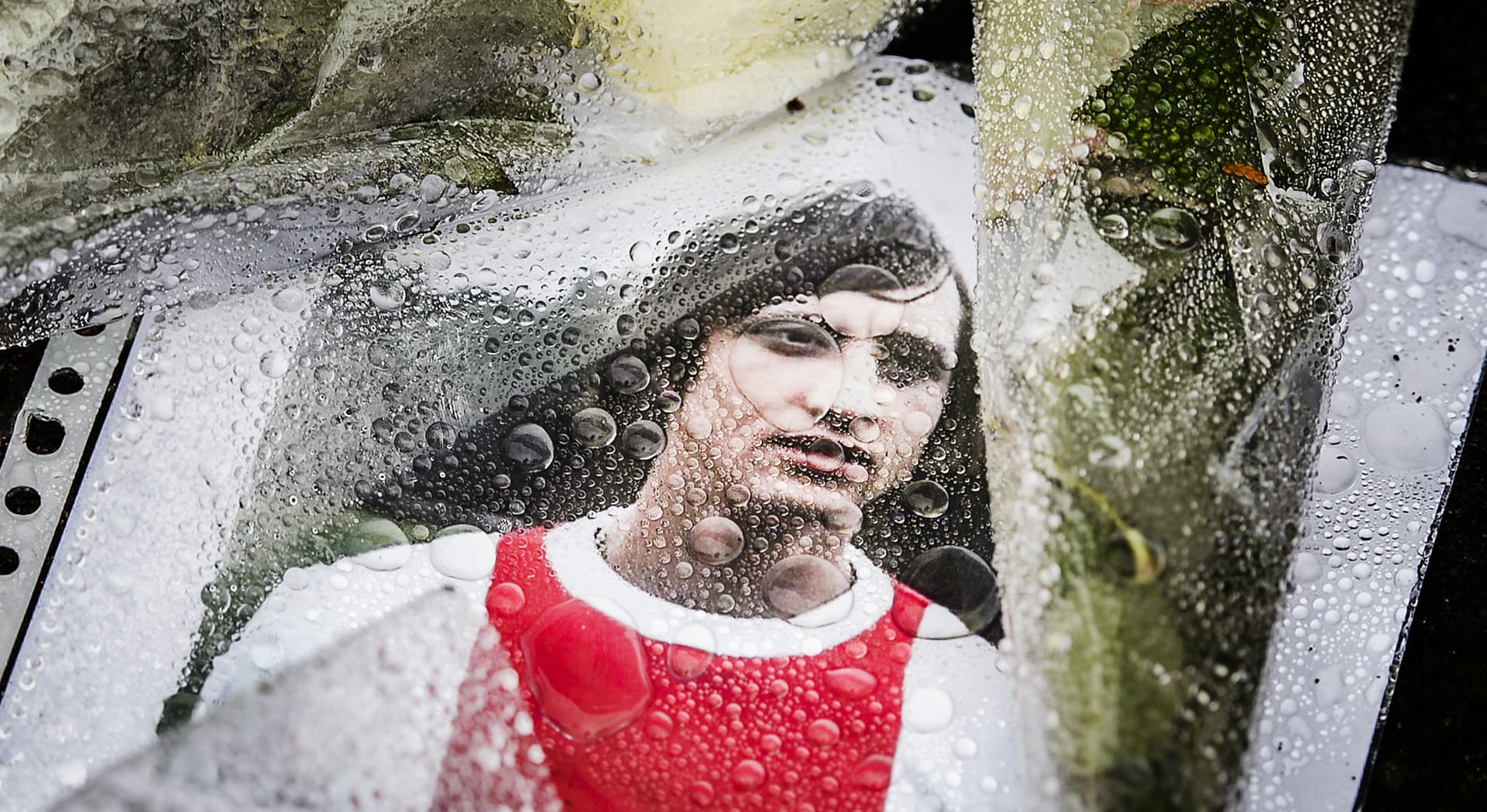 Raindrops cover a picture of Dutch football legend Johan Cruyff, who died this week, outside his former house in Amsterdam in the Netherlands.

You can see a gallery of his life here.