❝ The U.S. Food and Drug Administration on Friday moved to revoke approval of a drug used to treat certain diseases in pigs because it could leave a cancerous residue that may affect human health.

The drug, carbadox, is made by Teaneck, New Jersey-based Phibro Animal Health and is used to control swine dysentery and bacterial enteritis, the agency said. The drug, which was approved in 1972, has also been used to promote weight gain in pigs…

❝ The FDA said it asked Phibro for additional information about the safety of carbadox, but the company has not submitted any proof that there is a safe way to use it…

❝ The FDA’s actions follow a preliminary risk assessment conducted from 2012 to 2014 which found that the lifetime cancer risk from consuming pork liver containing carbadox residue is higher than allowed under the FDA’s framework for regulating carcinogenic animal drugs.

Pork producers have become more interested in carbadox recently because it does not require a veterinarian’s prescription, according to John Goihl, president of Agri-Nutrition Services…

In 2012 the FDA issued a rule requiring farmers to obtain a prescription before using antibiotics in an attempt to curb the practice of feeding antibiotics to livestock just to make them grow fatter. Drugs that do not have a human equivalent are exempt.

Reflect on the possibility of a genuine re-evaluation of antibiotic abuse by meat producers in American agriculture. The concerns from food scientists to physicians to consumers have yet to be addressed in a thoroughgoing manner. Even after decades of studies funded outside the control of agribusiness.

The possibility can become reality if and when real independence finds its way into Congress and the White House.,

Guinness World Records released a video of the feat Thursday, showing 1,200 people holding mattresses behind them and falling backward into each other, one at a time, inside a Prince George’s County, Maryland, warehouse on March 22…

❝ Aaron’s CEO John Robinson pushed over the first mattress. It took 13 minutes and 38 seconds for the final mattress to fall.

The Atlanta-based company says it will be donating all 1,200 mattresses to Washington-area organizations focused on ending poverty and providing shelter to homeless families.

And that’s the best reason for giving ’em a plug. 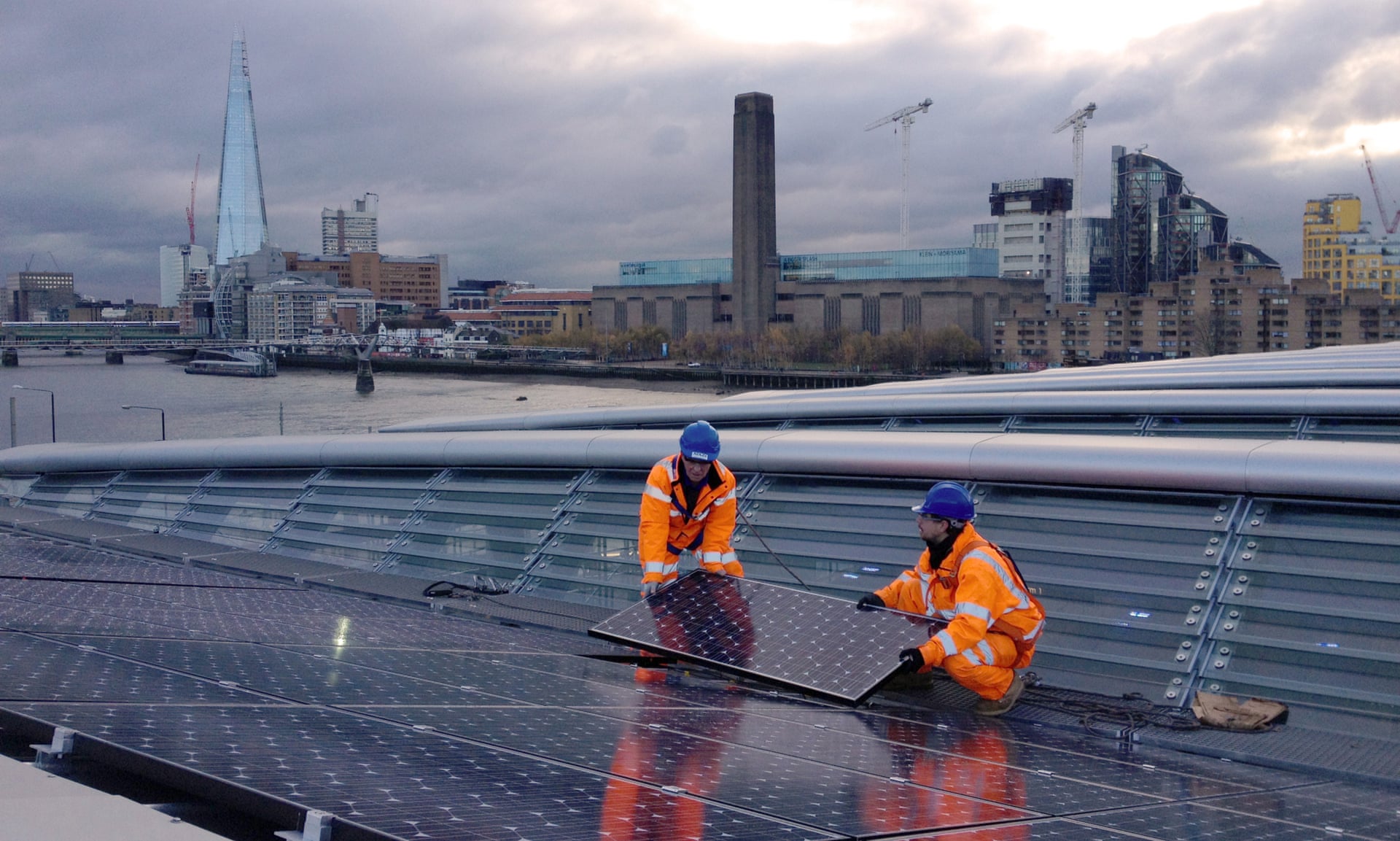 ❝ Plummeting coal use in 2015 led to a fall of 4% in the UK’s annual carbon dioxide emissions, according to government energy statistics published on Thursday. Coal is now burning at its lowest level in at least 150 years.

The closing of old polluting coal-power stations and the rapid rise in renewable energy meant coal consumption fell by 22% compared to 2014, the biggest drop ever seen outside of miners’ strikes, according to analysts at Carbon Brief. Production of coal in the UK also fell to a new record low, dropping by 27% due to mines closing.

The rapid decline in coal use is continuing in 2016, with four more stations closed in the last fortnight, including Longannet, Ferrybridge and Eggborough, leaving six operational. The government has pledged to close all coal plants by 2025 to help meet climate change targets…

❝ Renewable electricity generation surged in 2015, rising by 29%, allowing it to claim a record 25% share of all electricity. Most of this came from wind power and bioenergy, the latter being boosted by the continued conversion of Drax – once the UK’s biggest coal plant – to burning wood pellets…

Solar power increased by 50% in 2015 to make up 9% of all renewable electricity. The government has been repeatedly criticised for cutting support for renewable energy and energy efficiency programmes.

❝ “If anything is to blame for tight margins, it’s previous governments’ history of incoherent energy policy,” said Paul Massara, former CEO of “big six” energy company RWE npower. “Investors need long-term clarity on policy, and they simply have not been getting it.”

“Look outside the UK and it’s clear that the direction of travel in is only in one direction, towards primarily low-carbon, flexible, smart energy systems,” said Andrew Garrad, senior consultant at DNV GL energy. “It’s been accelerated by the Paris climate agreement, and Britain is by no means ahead of the pack in this transition.”

Climate change deniers who turn their backs on truth will now add life’s day-to-day realities to the mix. Life is getting better, The air is getting cleaner. And I guess they will claim that lowered emissions, less pollution, is somehow bad for us.

Bad for their wallets? A few. Maybe.