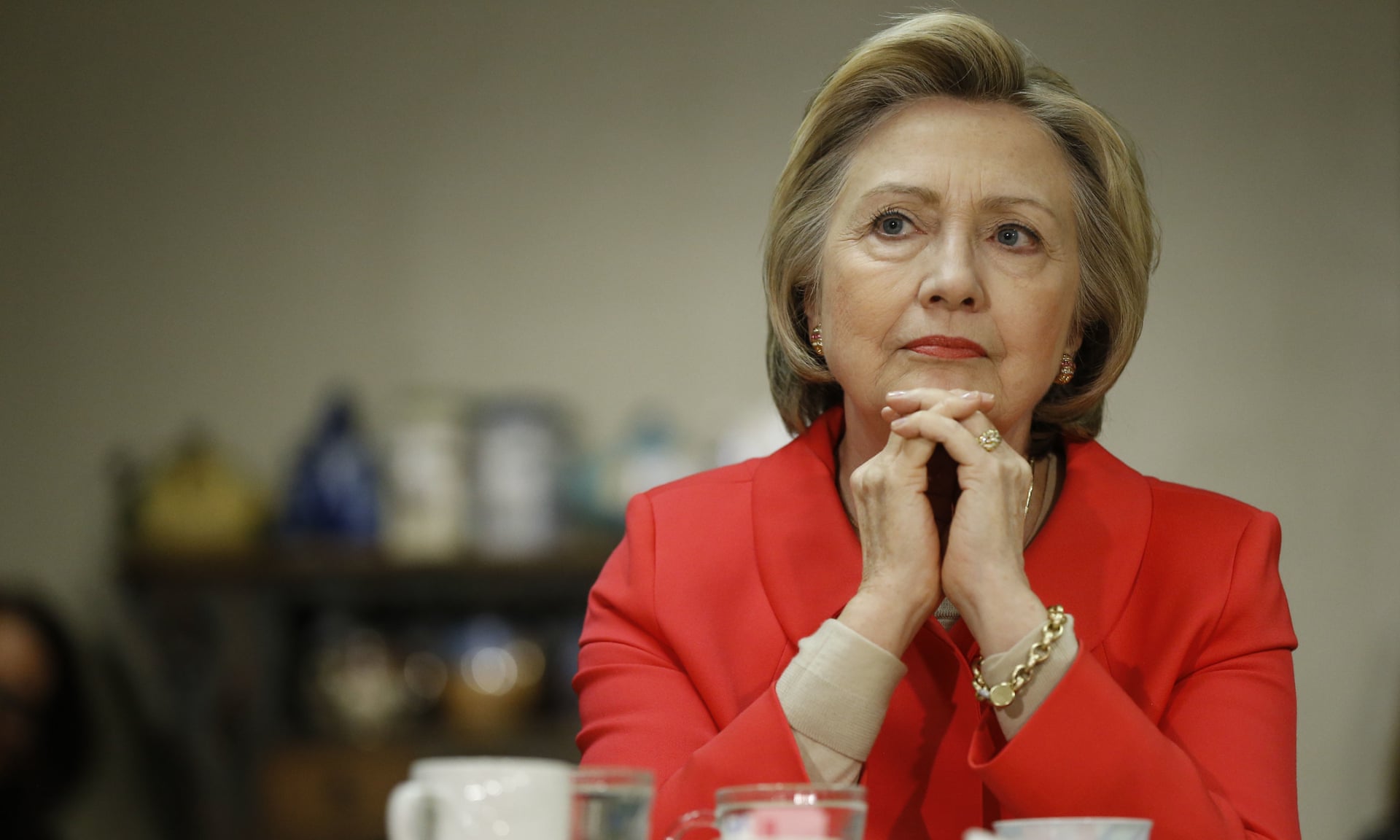 Hillary runs her book and speaking income through this address

❝ There aren’t many things upon which Hillary Clinton and Donald Trump agree, especially as they court very different Delaware voters ahead of a primary on Tuesday. But the candidates for president share an affinity for the same nondescript two-storey office building in Wilmington. A building that has become famous for helping tens of thousands of companies avoid hundreds of millions of dollars in tax through the so-called “Delaware loophole”…

Officially, 1209 North Orange is home to Apple, American Airlines, Coca-Cola, Walmart and dozens of other companies in the Fortune 500 list of America’s biggest companies. Being registered in Delaware lets companies take advantage of strict corporate secrecy rules, business-friendly courts and the “Delaware loophole”, which can allow companies to legally shift earnings from other states to Delaware, where they are not taxed on non-physical incomes generated outside of the state.

The loophole is said to have cost other states more than $9bn in lost taxes over the past decade and led to Delaware to be described as “one of the world’s biggest havens for tax avoidance and evasion”.

❝ Both the leading candidates for president – Hillary Clinton and Donald Trump – have companies registered at 1209 North Orange, and have refused to explain why…Trump has 378 corporations registered in Delaware.

A spokesman for Clinton said: “ZFS was set up when Secretary Clinton left the State Department as an entity to manage her book and speaking income. No federal, state, or local taxes were saved by the Clintons as a result of this structure.”

I think I’ll setup a shell corp for Sheila our dog. No one knows you’re a dog on the Internet, right?

❝ The U.S. has two big housing affordability problems. They’re related — and solving the first would go some way toward solving the second. But they’re not the same, and it’s important to understand that.

❝ The first problem is that some coastal metropolitan areas in the U.S. are generating lots of good jobs but aren’t building enough housing to keep up with employment growth. The main barrier to housing construction in these places is local regulation — zoning ordinances, environmental requirements, even affordable-housing rules….

The big problem is that it costs more to build even modest housing than millions of households can pay, whether the builder is greedy or not…it’s mostly because of the inherent cost of the basics: land, interest, materials, utilities. As a rule of thumb nationwide, even an efficient nonprofit developer can’t build an apartment affordable to a household making less than about $32,000 a year. That leaves out nearly a third of American households…

❝ In the United States, we have almost never built new market-rate housing for low-income households. New housing — rental and owner-occupied — overwhelmingly tends to get built for middle- and upper-income households. So how do affordable market-rate housing units get created? As new housing ages, it depreciates, and prices and rents decline, relative to newer houses.

If we built lots of new housing that poor people can’t afford, the thinking goes — and there’s economic evidence to back it up — that will make existing housing cheaper, and some of it will fall into a price range where some households making less than $32,000 a year can afford it. That’s how solving the first affordability problem can help solve the second one…

❝ What’s the solution? Renewed large-scale construction of tar-paper shacks doesn’t really seem to be an option, and it really shouldn’t be in a nation as wealthy as the U.S. More construction of housing, period, would certainly help. But I can’t help but think that this is a case where we may need both less government – in the form of a rollback of zoning and other housing regulations – and more government – in the form of housing subsidies for the poor…Uniting a political coalition behind those two objectives doesn’t sound easy — which I guess is why it hasn’t happened yet.

Politically, it isn’t necessary to fight for both sides of Fox’s proposed solution. Fighting for one of these pretty much guarantees the “reasonable alternative” wing of do-nothing politicians will offer up the other half of this pallid dialectic. For one reason or another.

We can be assured by recent history that conservative politicians will have nothing to offer but opposition. Opposition to low-cost housing, opposition to low-income housing. In general they think like bankers. Nothing should be made available except to people who already can afford better. In time, possibly as a reaction to the grassroots swell of support for candidates like Bernie Sanders, the Democrats will manage to agree on programmatic offerings if for no other reason than to head off a class-based third party.

Future politics aside, families in that <$32K income tract had better plan to avoid prior claims on income. You don't need a snazzy SUV if you need a car at all. You needn't have a habit of committing to recreational travel. Want kids? Wait till you get the house, first. You have to be able to save the down payment – and pay for what follows.

❝ A federal appeals court has affirmed a lower court’s decision to dismiss a case brought in Kansas by a religiously-minded group of parents and students. The plaintiffs were concerned about their home state’s adoption of the Next Generation Science Standards.

As Ars reported back in 2013 when the case was first filed, the NGSS standards are a nationwide attempt to improve science education in the US. They have been backed by organizations such as the National Research Council, National Science Teachers Association, and the American Association for the Advancement of Science.

This case, COPE v. Kansas Board of Education, is a notable victory for science—and a blow to the creationist crowd and its progeny.

❝ The Citizens for Objective Public Education…argue the NGSS do not include any religious explanation for the origins of life and the universe. Therefore, according to the group, the NGSS in Kansas violate the Establishment Clause of the First Amendment of the Constitution, which forbids the government’s ability to “establish” a state-sanctioned religion.

❝ The 10th Circuit Court of Appeals in Denver found that…“COPE does not offer any facts to support the conclusion that the Standards condemn any religion or send a message of endorsement…and any fear of biased instruction is premised on COPE’s predictions of school districts’ responses to the Standards — an attempt by COPE to recast a future injury as a present one.”

❝ …The 10th Circuit also noted that while it did not consider one of COPE’s primary remedies — that teleological (goal-oriented) origin theories be taught alongside mainstream evolutionary science — the court would have found the remedy unconstitutional under a 1987 Supreme Court decision. That case, Edwards v. Aguillard, invalidated the requirement to teach creationism alongside evidence-based evolutionary science.

I think crap lawsuits like this may as well be dismissed early on as frivolous and a waste of time better spent by our courts. Silliness has been decided over and over again. Just because nutballs with money can afford to invent a new way to try a lost cause doesn’t make it any less frivolous.

❝ You’re driving along and you open the sun visor. You’re cleaning at home and bump a painting hanging on the wall. Suddenly, out runs a huge, hairy spider. Australia’s huntsman spiders are the stuff of myths and nightmares.

But these are also the most interesting of their family, and deserve their place in the pantheon of Australian wildlife…

Of those, approximately 95 species are found only in Australia. All of these are probably descended from a single common ancestor that immigrated from Papua New Guinea or elsewhere in Southeast Asia.

Huntsmen are big spiders…many of the endemics are sizeable animals that can weigh 1-2 grams and may be as big as the palm of your hand.

The world’s second largest species, the massive Golden Huntsman (Beregama aurea) from tropical Queensland, weighs over 5.5 grams. An adult’s forelegs may stretch 15 cm, and they lay egg sacs the size of golf balls…

❝ All huntsman spiders are active at night, emerging from their retreats to forage for insects and other invertebrates, and occasionally small vertebrates. They are ambush predators, generally sitting and waiting for prey to come close before running and leaping on it…

During the day, most huntsman prefer to rest in retreats under bark, crevices, or other protected areas. This is why so many people encounter the spiders under the sun visors of their cars or behind curtains in their homes, because those are perfect tight spaces for a sleepy spider…

❝ What should you do if you do find a big spider in your car or living room? First, get a grip! She isn’t going to hurt you.

Second, find a take-away container, scoop the spider into the container and release it outside. Huntsman spiders almost never bite humans since they rely on speed to escape most predators. When they do bite, most bites are quick defensive nips without injecting venom…

Treasure your huntsman spiders. They deserve a place alongside koalas and kangaroos as iconic Australian wildlife.

Really nice article and this is only a small portion. Click the link up top in this post and read the whole thing. Interesting, entertaining, stuff worth learning.

We get Golden Orb Weaver spiders here in New Mexico that think they’re as big as a Huntsman – but, they really aren’t. They are just as pretty. You really should get to know all your housemates.