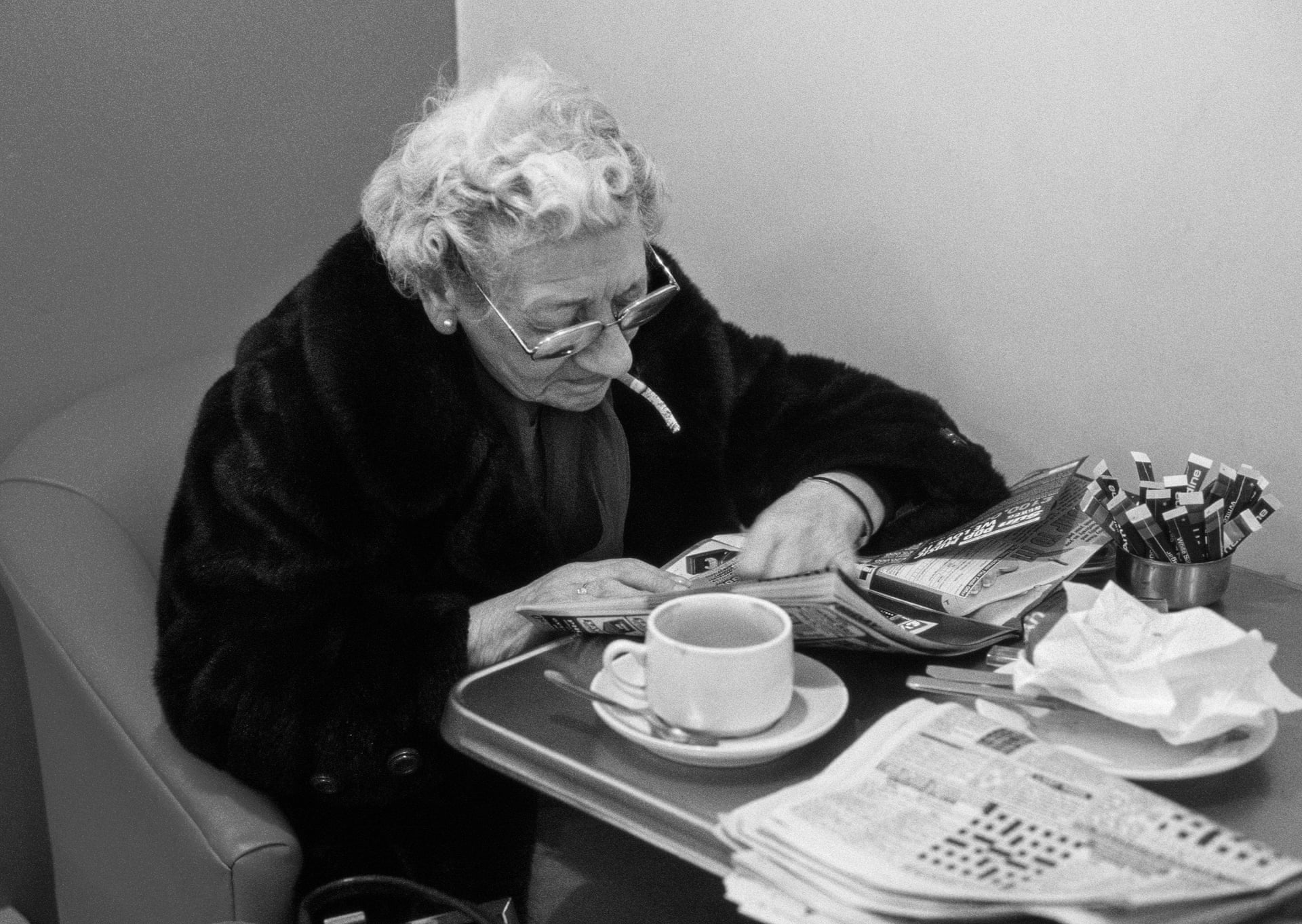 ❝ For his new collection Slightly Unusual, documentary photographer David Levenson has caught moments of ordinarily surreal British life. He describes each photo in these captions, adding: ‘I try never to be cruel to my subjects. They are just glimpses of everyday life. The sort of thing about which non-photographers might say to each other: “Did you see that?”’

This photo will never leave my brain. I have no recollection of when I first saw this photo; but, this could have been my mom – or my dad. Both were guilty of the same fixation on puzzles and cigarettes.

You needn’t be a Brit to be eccentric.

❝ One of the side effects of venturing to high altitudes…is an increase in the expellation of intestinal gases. As a number of our readers will no doubt be aware, the syndrome was first…pinpointed in the book : Beschreibung zweyer Reisen auf den Montblanc, unternommen im August 1820 mit einer Ansicht des Montblanc und einer Karte des Chamounythals und seiner Umgebung by Iosif Gamel [or poss. Joseph Hamel] c. 1820.

❝ The book, in examining possible medical effects of climbing Mont Blanc, describes various unpleasant experiments featuring animals under evacuated bell-jars – and the various gases which were expelled. But perhaps less well known is that in 1981 the issue was brought up to date by Paul S. Auerbach, MD, MS, FACEP, FAWM,…and York E. Miller, MD… The condition was given the modern acronym – HAFE – in their letter to the editor of the Western Journal of Medicine, 1981 February; 134(2): 173–174 ‘High Altitude Flatus Expulsion.’…

❝ They note that it’s also known by those outside the medical establishment, e.g. mountaineering enthusiasts as ‘Rocky Mountain Barking Spiders’. 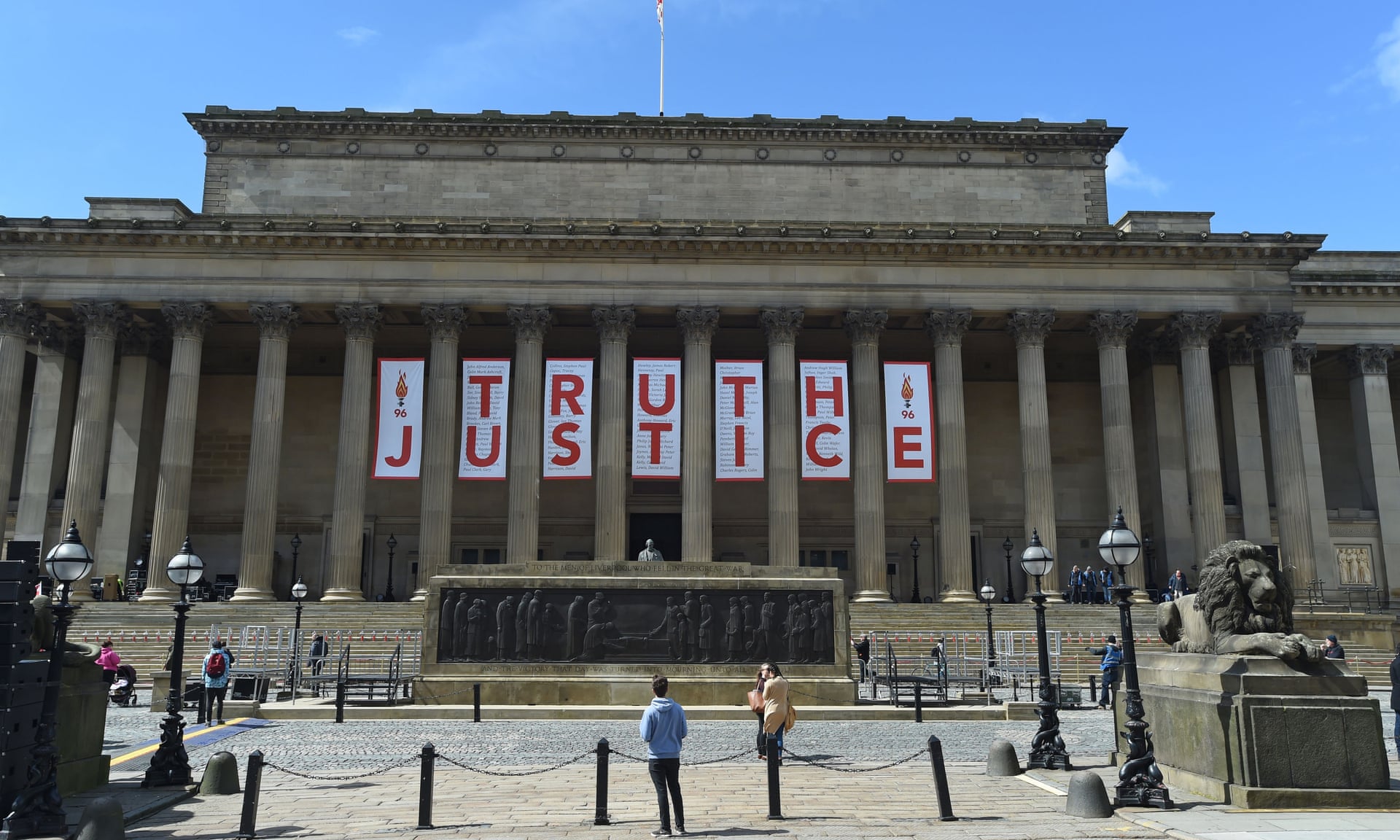 ❝ The 96 people who died at Hillsborough at the FA Cup semi-final between Liverpool and Nottingham Forest on 15 April 1989 were unlawfully killed. That verdict, delivered today by the jury at the new inquest into the disaster, represents vindication for the bereaved families who fought for 27 years against South Yorkshire police claims that the behaviour of Liverpool supporters caused the tragedy – as well as against the 1991 verdict of accidental death.

❝ The jurors had been told they could only reach the determination of unlawful killing if they were sure of four essential matters concerning the deaths. They had to be convinced that overall match commander Ch Supt David Duckenfield owed a duty of care to those who died; that he was in breach of that duty; that this breach of duty caused the deaths; and that it amounted to “gross negligence”. The jury reached their verdict of unlawful killing by a 7-2 majority. They also concluded:

• Planning errors “caused or contributed to” the dangerous situation.

• Senior officers failed to issue specific instructions on how crowds were to be managed at the Leppings Lane end.

• The response to the build-up of fans at the Leppings Lane end was “slow and uncoordinated”.

• Commanding officers failed to appreciate that ordering the opening of a gate would increase pressure in the terraces.

• Police and ambulance service caused or contributed to the loss of lives by errors or omissions.

• The design of the stadium contributed to the tragedy.

• Club officials should have requested the match be delayed.

❝ After the key conclusions were delivered, someone in court shouted: “God bless the jury.” The jurors were also given a round of applause as they left the courtroom.

Sometimes the wheels of justice grind so slowly as to be imperceptible. Once again, it has required the courage and conviction of victims and their families to fight through for justice.

Always was some of the homeliest money in the world. Starting to look better.