❝ At a daylong hearing in front of U.S. Magistrate Judge Carmen Garza that stretched into the evening, the state workers said they sometimes entered false asset information on emergency requests for food assistance as a part of a state policy created just as Gov. Susana Martinez’s administration came under federal scrutiny for its high rates of denying emergency requests for aid.

❝ The New Mexico Human Services Department is required to fulfill emergency food requests within seven days of receiving an application for such assistance. Yet the employees, testifying under oath, said they sometimes altered the requests to reflect that those applying for the assistance had up to $400 in assets that did not exist, leading to the applications being denied or delayed…

❝ Margaret Vasquez-Padilla, a family assistance analyst with the Human Services Department who processes applications for benefits, said her superiors changed her case notes on an application for emergency food assistance by putting down that the applicant had $400.

“This has happened before,” she said when asked why she had copied her original case notes. “I needed to keep copies for myself to make sure I was not implicated.”

She and other employees said management with the department’s Income Support Division pressured them in April 2015 to make sure the state’s data on emergency food requests did not reflect that the department was failing to fulfill the requests within seven days.

The employees called themselves whistleblowers, saying they fear retaliation for speaking out about the practice.

Governor Susana Martinez is the delight of Establishment Republicans who want to run her as Vice-Presidential candidate alongside the Trumpet. Presumably to prove the GOP doesn’t wage war on Hispanics, women, who make up a significant portion of New Mexico’s poor.

In practice, her War on the Poor is all-inclusive. Republican class warfare doesn’t need much specialization. Political opportunism just naturally lends itself to discrimination. 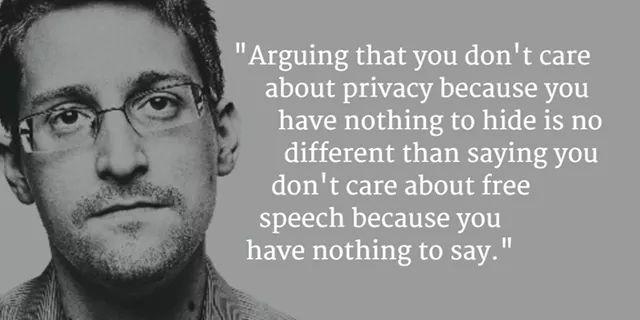 ❝ ‘I’ve been waiting 40 years for someone like you.” Those were the first words Daniel Ellsberg spoke to me when we met last year. Dan and I felt an immediate kinship; we both knew what it meant to risk so much – and to be irrevocably changed – by revealing secret truths.

❝ One of the challenges of being a whistleblower is living with the knowledge that people continue to sit, just as you did, at those desks, in that unit, throughout the agency; who see what you saw and comply in silence, without resistance or complaint. They learn to live not just with untruths but with unnecessary untruths, dangerous untruths, corrosive untruths. It is a double tragedy: what begins as a survival strategy ends with the compromise of the human being it sought to preserve and the diminishing of the democracy meant to justify the sacrifice…

❝ A single act of whistleblowing doesn’t change the reality that there are significant portions of the government that operate below the waterline, beneath the visibility of the public. Those secret activities will continue, despite reforms. But those who perform these actions now have to live with the fear that if they engage in activities contrary to the spirit of society – if even a single citizen is catalysed to halt the machinery of that injustice – they might still be held to account. The thread by which good governance hangs is this equality before the law, for the only fear of the man who turns the gears is that he may find himself upon them.

Hope lies beyond, when we move from extraordinary acts of revelation to a collective culture of accountability within the intelligence community. Here we will have taken a meaningful step towards solving a problem that has existed for as long as our government.

❝ Not all leaks are alike, nor are their makers…There are authorised leaks and also permitted disclosures. It is rare for senior administration officials to explicitly ask a subordinate to leak a CIA officer’s name to retaliate against her husband, as appears to have been the case with Valerie Plame. It is equally rare for a month to go by in which some senior official does not disclose some protected information that is beneficial to the political efforts of the parties but clearly “damaging to national security” under the definitions of our law…

If harmfulness and authorisation make no difference, what explains the distinction between the permissible and the impermissible disclosure?

The answer is control. A leak is acceptable if it is not seen as a threat, as a challenge to the prerogatives of the institution. But if all the disparate components of the institution – not just its head but its hands and feet, every part of its body – must be assumed to have the same power to discuss matters of concern, that is an existential threat to the modern political monopoly of information control, particularly if we’re talking about disclosures of serious wrongdoing, fraudulent activity, unlawful activities…

RTFA. Please. Edward Snowden provides historical context and constitutional validation for transparency our government is scared crapless about enabling – even by an act of courage.

The University of Pennsylvania’s School of Veterinary Medicine unveiled its CT scanner for horses, the Equimagine, this past week. Way cool.

Guess this is enough to scare today’s Republican

❝ House Democrats…released letters from Pentagon officials that they said should put an end to “silly speculation” generated by Republicans that protecting a bird known as the greater sage-grouse could hamstring the U.S. military.

They’re hoping the new information persuades lawmakers to oppose a GOP provision in the annual defense policy bill that would block the Obama administration from protecting the sage-grouse under the Endangered Species Act for 10 years. The measure also would prevent implementation of land-use plans by the U.S. Forest Service and Bureau of Land Management to conserve the sage-grouse and its habitat.

The letters show those plans are working, don’t interfere with military readiness, and help ensure the sage-grouse does not have to be listed under the act…

Apparently Republicans feel the Sage Grouse is as great a danger to our ability to kill and maim civilians around the world as letting gay or lesbian soldiers serve in our military. Considering their uniform experience as chickenhawks in wartime – real or phony in origin – one might think they’d care more about birds.

Still mostly only popular with proper footballers. Never can tell, though.