Curtis Deutsch, associate professor at the University of Washington’s School of Oceanography, studies how increasing global temperatures are altering the levels of dissolved oxygen in the world’s oceans…

Using an earth system modeling approach, Deutsch and scientists at the National Center for Atmospheric Research and the Georgia Institute of Technology mapped out changing oxygen levels across the world’s oceans through the end of the 21st century. 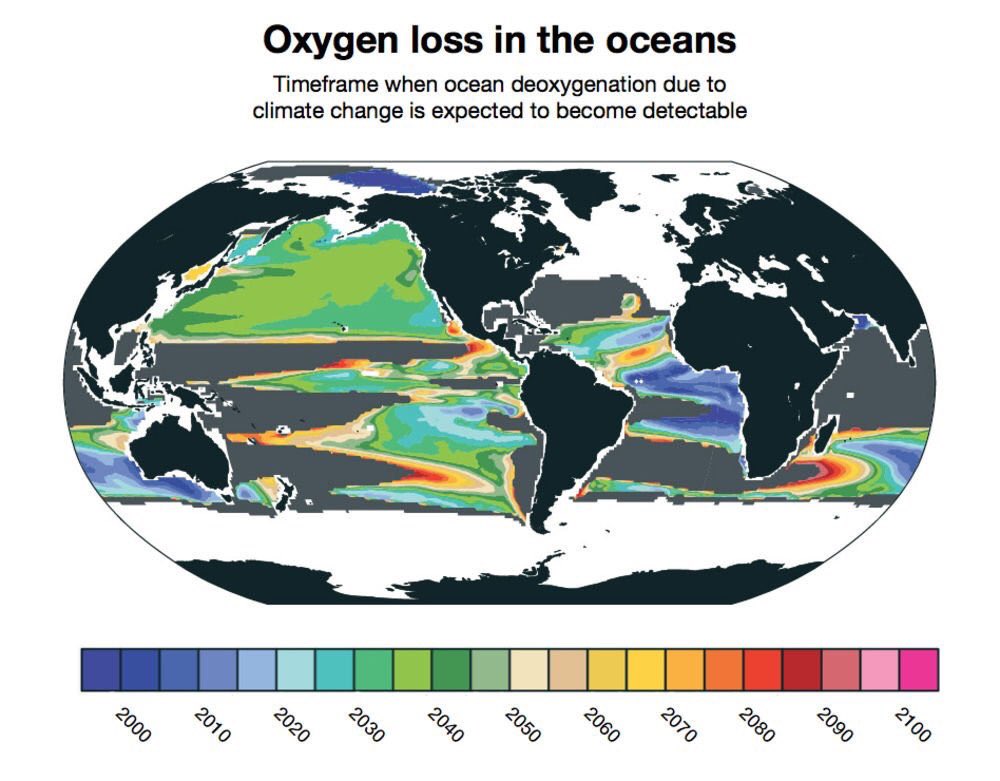 ❝ They found that it was possible to distinguish the impact of global warming from other sources of oxygen loss. As soon as 2030 to 2040, climate-driven declines in oxygen levels will be detectable in oceans all over the globe. In some places, like the southern Indian Ocean and parts of the eastern tropical Pacific and Atlantic basins, evidence of climate-linked deoxygenation is already apparent, while other regions won’t see changes by 2100.

RTFA for all the gory details. It’s serious science, eligible for peer review; so, the politicians, know-nothings and 19th Century fools who inhabit the corner bar on pay day won’t be reading it.

OTOH, you’re in good company with the intellectually curious, folks who understand what scientific advances mean to the progress of humankind – and activists interested in saving the whole planet, not just golf courses named after New York realtors.