❝ A Beijing company has unveiled spectacularly futuristic designs for a pollution-busting, elevated bus capable of gliding over the nightmarish mega-jams for which urban China has become notorious.

Plans for the so-called Transit Explore Bus or TEB were showcased earlier this month at a technology expo in the Chinese capital.

❝ The “straddling bus”…is supported by two legs that run along rails laid along the roadside…Those legs allow the TEB’s giant frame to glide high above the gridlock at speeds of up to 60km per hour. Equally, vehicles that are less than two metres high will be able to drive freely underneath the bus, even when it is stationary…

Song claimed his buses, capable of transporting up to 1,400 commuters, could be produced for 20% of the price of an underground train and rolled out far more quickly since the supporting infrastructure was relatively simple.

One TEB could replace 40 conventional buses, he said.

Every logistics specialist who has ever worked in warehouse management knows about solutions like this. Folks tend to forget about the “cube” that exists above measured square footage of floor space.

All modern warehouses, automated or not, now use vertical storage in some manner. The same can be used to solve traffic problems without the cost of tunneling or traditional elevated railroad systems requiring expensive structural support.

And it looks cool and futuristic, eh? 🙂 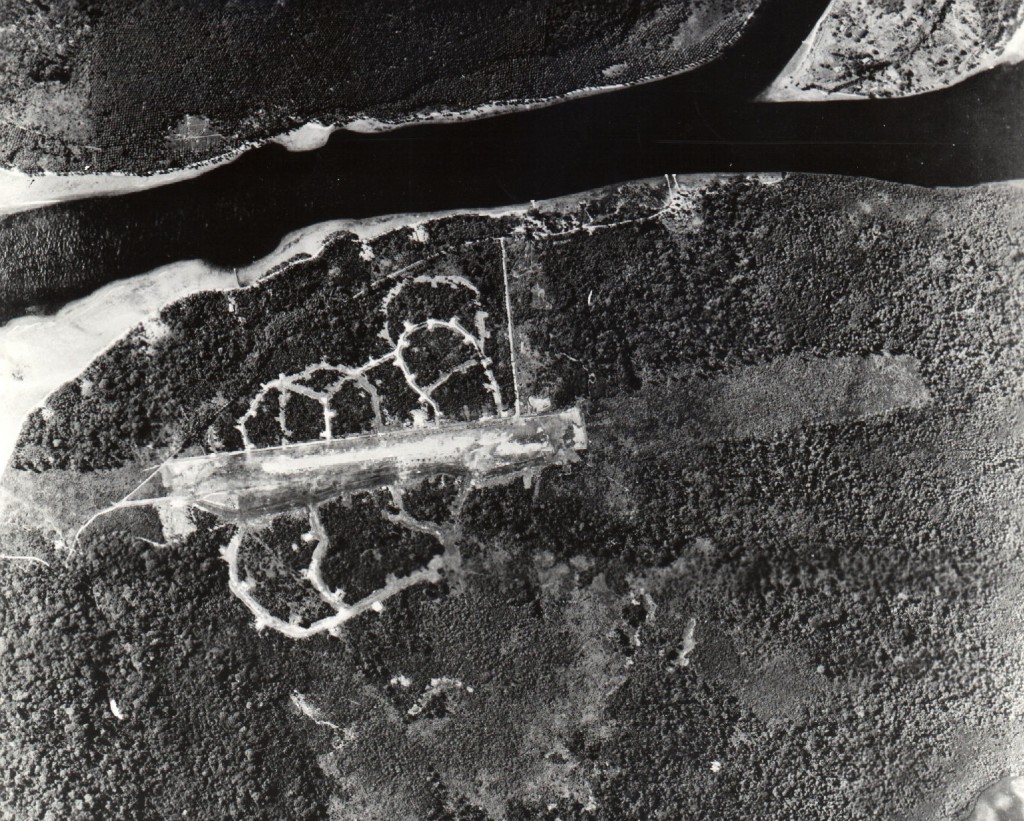 Doesn’t look like much, does it? But, depending upon your definition, this photograph, a team effort by 9 men, is the most honored picture in U. S. History. If you want to find out about it, read on. It’s an interesting tale about how people sometimes rise beyond all expectations. It takes place in the early days of World War II, in the South Pacific, and if you’re a World War II history buff, you may already know about it…

Authors note: This is inspired by, and dedicated to, all the photographers and videographers who have (and still do) put themselves in harm’s way to get the shot.

Please read this. Brings a tear to an old man’s eye.

I didn’t carry arms in this war. Many friends and relatives did. My closest friend was the most decorated soldier from our home state – nominated for every battle decoration and received every one but the Medal of Honor. He had 16 months in VA hospitals to reflect upon war and wars in general and that’s a long story that means something to the lives of many in and out of the military – of many lands.

❝ …The United States is on track to spend more than $600 billion on the military this year — more, that is, than was spent at the height of Pres. Ronald Reagan’s Cold War military buildup and more than the military budgets of at least the next seven nations in the world combined.

And keep in mind that that’s just a partial total. As an analysis by the Straus Military Reform Project has shown, if we count related activities like homeland security, veterans’ affairs, nuclear warhead production at the Department of Energy, military aid to other countries and interest on the military-related national debt, that figure reaches a cool $1 trillion.

The more that’s spent on “defense,” however, the less the Pentagon wants us to know about how those mountains of money are actually being used. As the only major federal agency that can’t pass an audit, the Department of Defense is the poster child for irresponsible budgeting.

❝ It’s not just that its books don’t add up, however. The Pentagon is taking active measures to disguise how it is spending the hundreds of billions of taxpayer dollars it receives every year — from using the separate “war budget” as a slush fund to pay for pet projects that have nothing to do with fighting wars to keeping the cost of its new nuclear bomber a secret.

Add in dozens of other secret projects hidden in the department’s budget and the Pentagon’s poorly documented military aid programs, and it’s clear that the Defense Department believes it has something to hide…

❝ An entrenched bureaucracy is determined not to provide information that might be used to bring its sprawling budget — and so the institution itself — under control. That’s why budgetary deception has become such a standard operating procedure at the Department of Defense.

As corrupt as Congress is, as deliberately deceptive and hypocritical most residents of the White House have been for decades, the Pentagon can give lessons to the world of thieves. RTFA for example after example of crooked deals designed to siphon away taxpayer dollars.

Our military-industrial complex makes the Mafia look like streetcorner gangbangers who just dropped out of high school. They have been stealing for so long, untouched and impervious to oversight, they limit the number of illegitimate zeros added to contracts to how much ink is left in the pen.

❝ Airlines generally have strict policies when it comes to flying with animals, but in the wake of the recent wildfires in Fort McMurray, Alberta, some have broken their own rules. Canadian North and WestJet airlines have altered their policies to help local pets escape the devastation alongside their humans.

❝ The massive fires have forced 80,000 residents to evacuate the city, some having just enough time to leave with their beloved pets in tow—never mind the regulation crates and carriers. “Due to the unusual circumstances we were able to bend the rules to accommodate these animals,” a spokesperson from Canadian North told The Huffington Post Canada.