…William Gibson has made the leap from prose to picture books, collaborating with Michael St. John Smith and artist Bruce Guice to give us this week’s first issue of new IDW series Archangel.

“It’s an alternate-history/cross-worlds story,” Gibson writes in the back matter. “And I wouldn’t want to spoil too much of the frame, because that’s an inherent part of our narrative. But I will say that one of the first verbal tags we had for the material was ‘Band Of Brothers vs. Blackwater.'”…

Now comes the frustrating part. Having to wait at least a month for the next 20-odd pages is going to seem like an eternity. Archangel evidently hit a chord, though. Publisher IDW sold out the initial run in just a few days before announcing it would print a second run. But seeing as we live in our non-dystopian 2016, Archangel is also available in PDF and ePub formats, which suffer no such restrictions. If you’re fan of thought-provoking science fiction, of Gibson’s oeuvre, or even World War II spy thrillers, you ought to check it out.

I’m getting it, tomorrow. 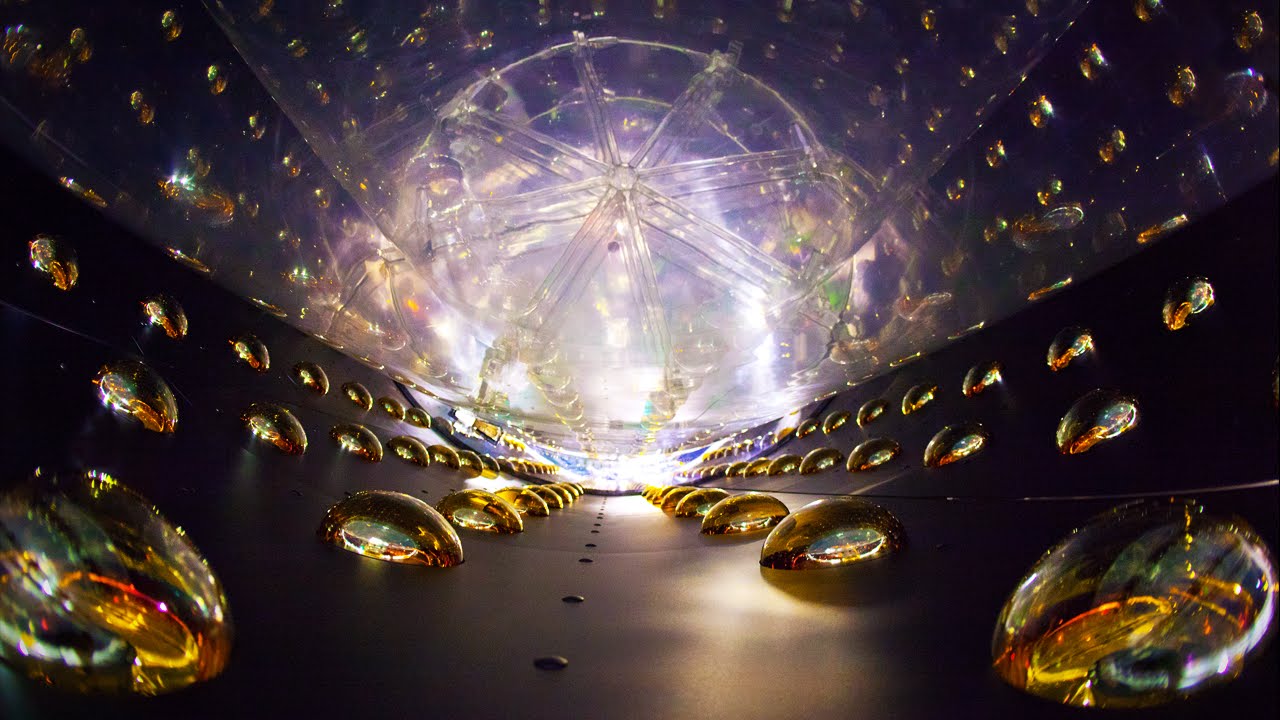 Why is there more matter than antimatter in the Universe? To better understand this facet of basic physics, energy departments in China and the USA led in the creation of the Daya Bay Reactor Neutrino Experiment. Located under thick rock about 50 kilometers northeast of Hong Kong, China, eight Daya Bay detectors monitor antineutrinos emitted by six nearby nuclear reactors.

Featured here, a camera looks along one of the Daya Bay detectors, imaging photon sensors that pick up faint light emitted by antineutrinos interacting with fluids in the detector.

Early results indicate an unexpectedly high rate of one type of antineutrino changing into another, a rate which, if confirmed, could imply the existence of a previously undetected type of neutrino as well as impact humanity’s comprehension of fundamental particle reactionsthat occurred within the first few seconds of the Big Bang.