❝ Rebellious Democrats shut down the House’s legislative work on Wednesday, staging a sit-in on the House floor and refusing to leave until they secured a vote on gun control measures before lawmakers’ weeklong break.

Exasperated Republicans were forced to recess while cutting off cameras that showed the protest. But in an unprecedented step, C-SPAN used live video feeds from one lawmaker’s Periscope account and another’s Facebook page to transmit words and images from the House chamber.

❝ More than 200 Democrats led by Georgia Rep. John Lewis demanded a vote on measures to expand background checks and block gun purchases by some suspected terrorists in the aftermath of last week’s massacre in Orlando, Florida, that killed 49 people in a gay nightclub.

“No bill, no break,” shouted Democrats, who demanded that Speaker Paul Ryan, R-Wis., keep the House in session through its planned break next week to vote on gun legislation.

❝ Democrats accused Republicans of political cowardice by failing to schedule a vote.

“Are they more afraid than the children at Sandy Hook?” asked Rep. Mike Thompson, D-Calif., referring to the 2012 shooting that killed 26 people, including 20 elementary school children, in Newtown, Connecticut. “What is so scary about having a vote?”…

Even though Republican pimps for the NRA are assured of funding and wardheeler support, they know the overwhelming majority of Americans – whether they belong to one of the two old parties or not – support modern legislation on weapons of war on our streets, background checks, up-to-date record-keeping. If they’re forced to record a vote, their constituents will literally have a chance to see their cowardice.

❝ C-SPAN, a cable and satellite network that provides continual coverage of House and Senate floor proceedings, does not control the cameras. They’re run on authorization by legislative leaders.

Although the cameras were turned off Wednesday, lawmakers relied on social media to transmit video, using Facebook, Twitter and Periscope. C-SPAN broadcast live video streamed on Periscope and Facebook from lawmakers’ accounts. Democrats posted the Capitol’s main telephone number, which was overwhelmed, and urged constituents to call and request a vote. They also encouraged tweeting under the hashtag #NoBillNoBreak.

❝ Joining the protest were more than a dozen Democratic senators, including Minority Leader Harry Reid, and Sens. Bernie Sanders, I-Vt., and Chris Murphy, D-Conn., who had waged a nearly 15-hour filibuster last week to force votes in the Senate on gun legislation. 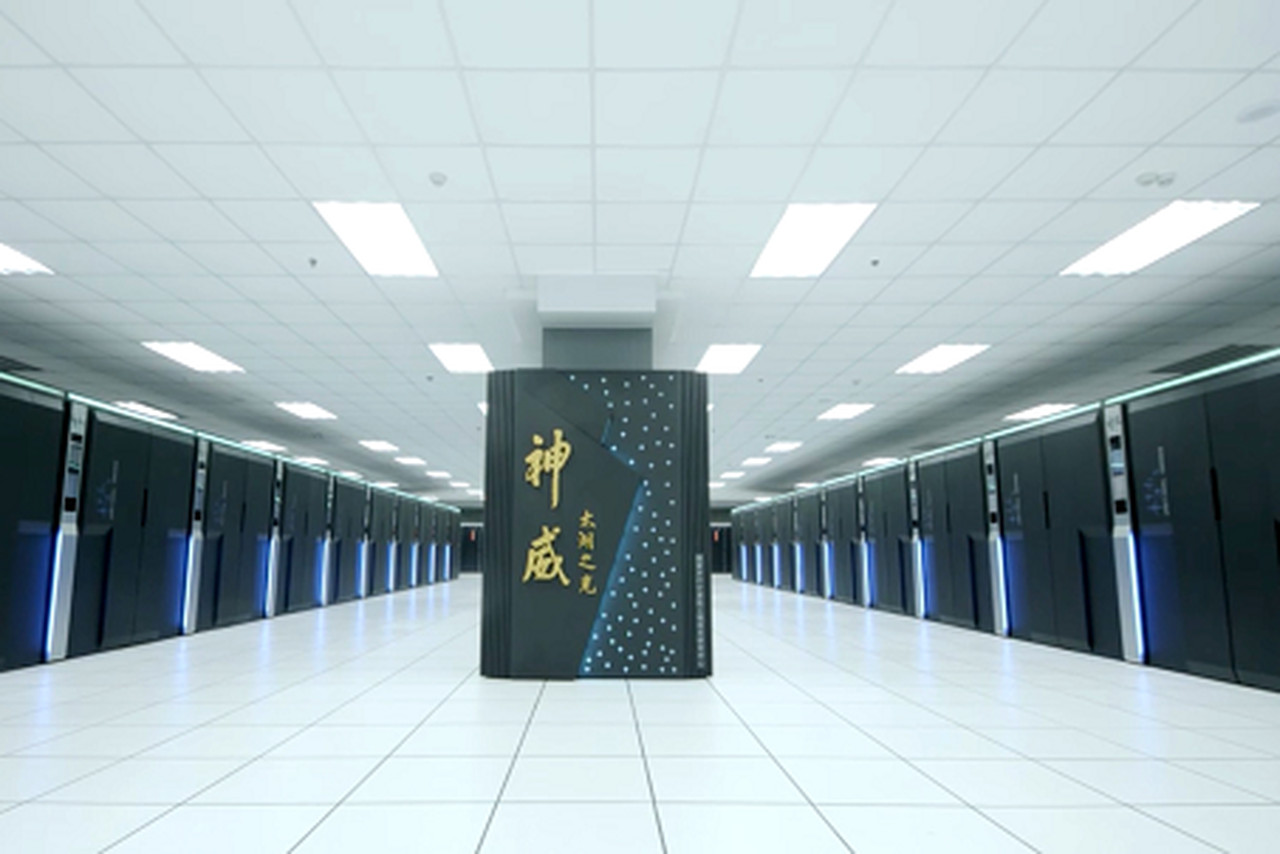 ❝ China has built the world’s fastest supercomputer, capable of making 93 quadrillion calculations a second. And for the first time, it’s entirely powered by Chinese-made processors, following a US ban on exporting chips for devices suspected to be used for nuclear research.

Imperial nations have a hard time coming up with new excuses for policing the world. Nuclear “safety” is as hypocritical as “counter-terrorism” or “the white man’s burden” when it comes to attempting limits on knowledge, especially science.

❝ The Sunway TaihuLight supercomputer, which is located at the state-funded Chinese Supercomputing Center in Wuxi, a city near Shanghai in eastern China, is more than twice as powerful as previous record-holder Tianhe-2, according to TOP500, a research organization that ranks the powerful computers twice a year.

The milestone comes a year after the United States barred exports of computer chips to China for use in its supercomputers, citing concerns that the machines had been used in “nuclear explosive activities.” In turn, by ramping up development of its own chips, China has come to surpass the US’ own achievements in supercomputing: the top-placing American creation, the Department of Energy’s Titan, secured third place ranking on TOP500’s list, below China’s two-record breaking supercomputers.

❝ “It’s not based on an existing architecture. They built it themselves,” Jack Dongarra, a professor at the University of Tennessee, who created the measurement method used by TOP500, told Bloomberg of the top-placed Chinese computer. “This is a system that has Chinese processors.”…

❝ …China’s TaihuLight…has some 41,000 chips that each contain 260 processor cores, also uses a relatively small amount of memory – 1.3 petabytes – which helps improve its energy efficiency…It draws only 15.3 megawatts of power, less than the the 17.8 megawatts used by China’s Tianhe-2, the previous record holder, which could make 33 quadrillion calculations (also known as petaflops) a second.

The US’ fastest supercomputer, by contrast, has a top speed of about 17,590 petaflops, making China’s machine roughly five times as fast. Its Titan supercomputer, located at the Oak Ridge National Laboratory in Tennessee, is being used for a variety of scientific research, including climate modeling, the lab says…

No one at Oak Ridge expects the Titan to be used for nuclear research. Really?

❝ Details of exactly how the supercomputers are used are sometimes vague. But researchers in the US appear to be using a supercomputing system that uses deep learning – the human-brain inspired machine learning technology that Google uses to power its Go champion computer and other systems – for nuclear research.

That system, located at the Lawrence Livermore National Laboratory in California, is being used for “control of US nuclear weapons, and – in theory – management of agreements to reduce the number of nuclear missiles in the world,” ZDNet reported in March.

❝ The chip ban doesn’t appear to have deterred China from continuing its rapid progress in developing supercomputers. While it had no entries in TOP500’s list in 2001, it now has 167 entries compared to the US’ 165, Dr. Dongarra told Bloomberg.

“This is the first time that the Chinese have more systems than the U.S., so that, I think, is a striking accomplishment,” he said.

I expect this will generate press releases from Tea Party types and other fear-mongers – trying to justify even further limits on communications, shared research. The more the United States tries to continue its imperial model as cop of the world, the more likely that our isolation from mainstream commerce and discourse will become a negative factor for economic and social growth.

❝ Batagaika started to form in 1960s after a chunk of forest was cleared: the land sunk, and has continued to do so, evidently speeded by recent warmer temperatures melting the permafrost.

Many Yakutian people are said to be scared to approach the Batagaika Crater – also known as the Batagaika Megaslump: believing in the upper, middle and under worlds, they see this as a doorway to the last of these…

Batagaika started to form in 1960s after a chunk of forest was cleared: the land sunk, and has continued to do so, evidently speeded by recent warmer temperatures melting the permafrost, so unbinding the layers on the surface and below. Major flooding in 2008 increased the size of the depression which grows at up to 15 metres per year…

The result is an unparalleled natural laboratory for scientists seeking to understand the threat to permafrost due to climate change.

❝ A recent expedition to the partially manmade phenomenon sought to date the layers of soil which had been frozen in time as permafrost, and also to gather samples of plants and soil.

Until now, it was believed the layers of soil were around 120,000 years old. But Professor Julian Murton from the University of Sussex – who inspected the site near the village of Batagai, in Verkhoyansk district, some 676 kilometres north of Yakutsk, capital of the Sakha Republic – determined that the correct age is around 200,000 years old.

This project will allow us to compare the data of similar objects in Greenland, China, Antarctica. Data on ancient soils and vegetation will help us to reconstruct the history of the Earth…

RTFA for details of what has been learned from this pilot study. Much more to come.

Haven’t seen much discussion lately about the release of methane into the atmosphere from permafrost thawing. But, as it occurs, we shall. Poisonally, I think this will be a major accelerant to climate change. 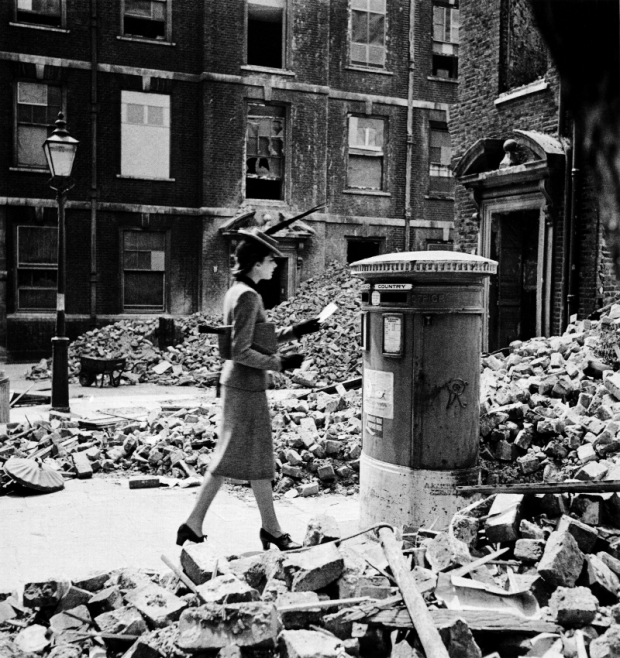 The letter, society photographer Cecil Beaton took many photographs of bombed-out London, concentrating on the strange juxtapositions the debris provided, 1940. © cecil beaton, from london. portrait of a city.