❝ In a glass box in a private school in Maine sits a 40-year-old chemistry experiment still going strong: A decades-old Twinkie.

❝ …The experiment started in 1976 when Roger Bennatti was teaching a lesson to his high school chemistry class on food additives and shelf life.

After a student wondered about the shelf life of the snack, Bennatti sent the students to the store with some money. When they returned with the treat, Bennatti ate one and placed the still-surviving Twinkie on the blackboard.

❝ Bennatti has since retired, but the snack now resides in the office of George Stevens Academy’s Dean of Students Libby Rosemeier.

Rosemeier told ABC News she isn’t sure who will inherit the Twinkie when she retires, but joked that the Smithsonian hasn’t called yet.

❝ Reverberations from the U.S. Supreme Court’s major ruling backing abortion rights were felt on Tuesday as the justices rejected bids by Mississippi and Wisconsin to revive restrictions on abortion doctors matching those struck down in Texas on Monday.

The laws in Mississippi and Wisconsin required doctors to have “admitting privileges,” a type of difficult-to-obtain formal affiliation, with a hospital within 30 miles of the abortion clinic. Both were put on hold by lower courts.

In addition, Alabama’s attorney general said late on Monday that his state would abandon defense of its own “admitting privileges” requirement for abortion doctors, in light of the Supreme Court’s ruling.

❝ The laws in Texas, Mississippi, Wisconsin and Alabama are among the numerous measures enacted in conservative U.S. states that impose a variety of restrictions on abortion. But the Supreme Court’s ruling on Monday in the Texas case, providing its most stout endorsement of abortion rights since 1992, could imperil a variety of these state laws. 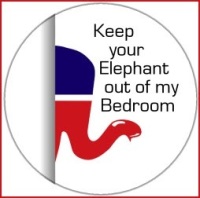 ❝ Jennifer Dalven, a lawyer with the American Civil Liberties Union, said the action in Mississippi, Wisconsin and Alabama is just the start of the fallout from Monday’s ruling.

“States have passed more than 1,000 restrictions on a woman’s ability to get an abortion. This means for many women the constitutional right to an abortion is still more theoretical than real and there is much more work to be done to ensure that every woman who needs an abortion can actually get one,” Dalven added.

❝ The justices decided that the Texas law placed an undue burden on women exercising their right under the U.S. Constitution to end a pregnancy, established in the court’s landmark 1973 Roe v. Wade decision.

Reactionary politicians, careerist time-wasters, are just as convinced that delaying opportunities for free choice will suffice when and where they fail at denying individual liberty altogether. It matters not what the rationale. Such politics deserve the contempt they receive from Americans who reject superstition and ignorance.

❝ The federal government is taking another step it says would make the US homeland safer from terrorism. US border authorities are proposing that millions of tourists entering the country each year reveal their social media identities…

Here’s what will be asked: “Please enter information associated with your online presence — Provider/Platform—Social media identifier.” This field doesn’t call for additional information such as passwords, but it’s likely to yield many if applicants aren’t paying attention and overshare…

❝ The agency said the form travelers fill out enables “the Department of Homeland Security (DHS) to perform its mission related to the screening of alien visitors for potential risks to national security and the determination of admissibility to the United States.”

The proposal comes six months after President Barack Obama signed the Visa Waiver Program Improvement and Terrorist Travel Prevention Act of 2015 that added other questions to US-bound travelers. The form now asks applicants about which countries they’ve been to after March 1, 2011. It also asks which countries they are nationals or citizens of and for which nations they have passports and Global Entry codes.

Some of Donald Trump’s police state scenario doesn’t sound especially out of line with what our government has decided is already acceptable protocol for entering the Land of the Free. Anyone giving odds on whether the answers go automagically to the NSA and FBI? Or not.

Probably the most retweeted post ever at Barry Ritholtz’ site.