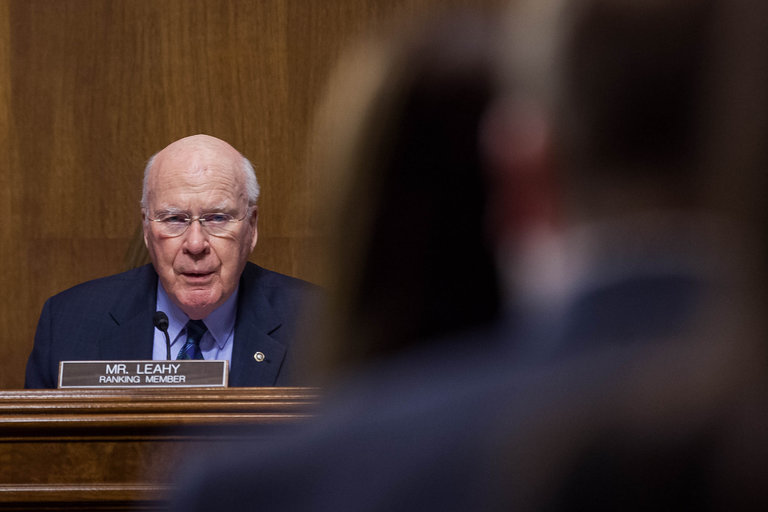 ❝ A leading Democrat in Congress is pushing back against an effort to impose new constraints on a civil liberties watchdog agency that investigates the nation’s security programs.

The agency, the Privacy and Civil Liberties Oversight Board, is a bipartisan five-member panel that Congress created after a recommendation by the commission that investigated the Sept. 11, 2001, terrorist attacks. Its members and staff have security clearances and a mandate to investigate government practices that affect individual rights…

❝ Since the independent board began fully operating three years ago, it has produced a high-profile report about the once-secret National Security Agency program that collected bulk records of Americans’ phone calls. It called the program ineffective and illegal and said it should be shut down. Congress later did so by enacting the U.S.A. Freedom Act.

The oversight board also issued a report that brought to light new details about how the warrantless surveillance program authorized by the FISA Amendments Act worked. It is currently scrutinizing programs that operate under Executive Order 12333, which sets rules for espionage activities that Congress has left unregulated by statute.

❝ In the letter, obtained by The New York Times, Mr. Leahy, Democrat of Vermont, described the provisions as “completely unacceptable” and “misguided.” He deplored what he portrayed as an emerging pattern of efforts by the intelligence panels to undermine the oversight board’s independence and authority. He also said any proposed changes to the board should go through the Judiciary Committee.

❝ That proposal comes at a time when the Obama administration has highlighted the privacy board’s role in negotiations over a recently completed trans-Atlantic agreement for handling private data amid concern in Europe about using internet and technology companies based in America. Those concerns came after leaks by the former intelligence contractor Edward J. Snowden about National Security Agency surveillance programs.

As usual, Senator Leahy is more polite to his most reactionary colleagues than truth presumes necessary. The usual cabal of right-wing creeps who care less about individual liberty than a controlling power of the free speech and thought, privacy and progress of American citizens. Regardless of the number of lies and contradictions they author.

RTFA for any details you might want. It ain’t news. It does require as much vigilance as ever.