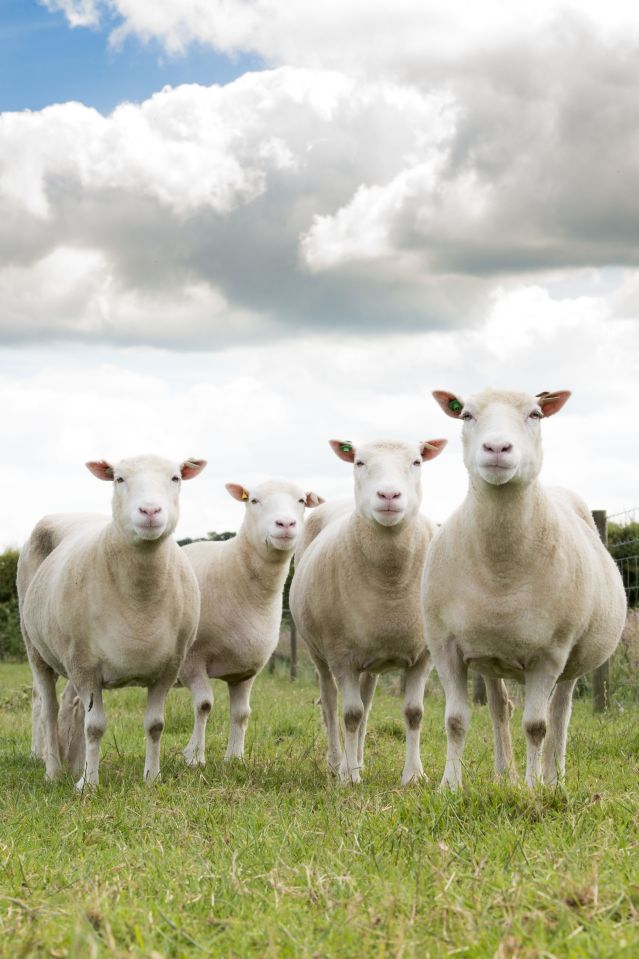 ❝ Dolly the Sheep started her life in a test tube in 1996 and died just six years later. When she was only a year old, there was evidence that she might have been physically older. At five, she was diagnosed with osteoarthritis. And at six, a CT scan revealed tumors growing in her lungs, likely the result of an incurable infectious disease. Rather than let Dolly suffer, the vets put her to rest.

Poor Dolly never stood a chance. Or did she?

❝ Meet Daisy, Diana, Debbie and Denise. “They’re old ladies. They’re very healthy for their age,” said Kevin Sinclair, a developmental biologist who, with his colleagues at the University of Nottingham in Britain, has answered a longstanding question about whether cloned animals like Dolly age prematurely.

❝ In a study published Tuesday in Nature Communications, the scientists tested these four sheep, created from the same cell line as Dolly, and nine other cloned sheep, finding that, contrary to popular belief, cloned animals appear to age normally…

Dolly’s birth, 20 years ago this month, blew the world away. Scientists had taken a single adult cell from a sheep’s udder, implanted it into an egg cell that had been stripped of its own DNA, and successfully created a living, breathing animal almost genetically identical to its donor.

Now, based on results of this new study, researchers have confirmed what most scientists believed years ago: Cloning does not lead to premature aging.

❝ Many scientists hope that changes in perception will lead to advances in reproductive technology that will enable us to provide food for a growing global population, save endangered species and develop advanced therapies…Even then, welfare and ethical concerns will remain.

Some of those concerns are legitimate and should be the focus of scientific study. Most are crap grounded thoroughly in ignorance and fear.

In my reading, most of the self-titled scientific ethicists have little to do with science or ethics. They are religious moralists at root and dedicated to raising so-called concerns rooted in superstititon and retribution from their g_d.

Meanwhile, virtually all the laws governing clone research persist – even though they are about as legit as, say, laying on hands to raise the dead. 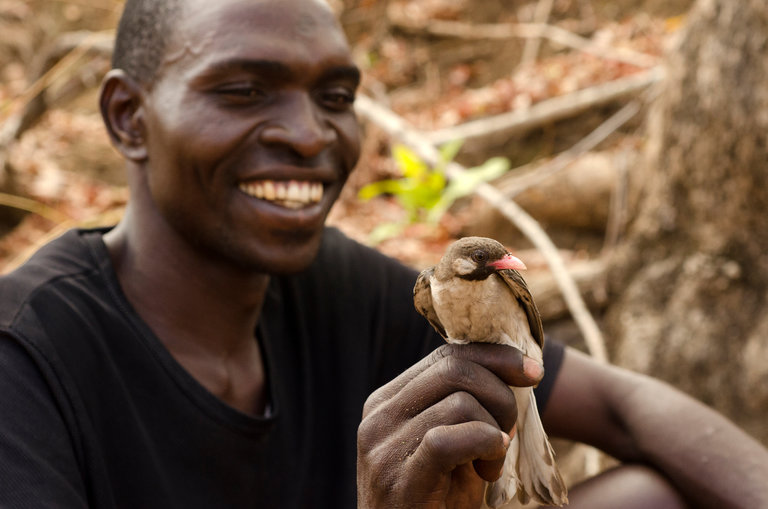 ❝ Calling to each other with chirps and yelps, a species of bird and a tribe of humans in southeast Africa forage for honey in unison. The birds lead the way to hidden beehives, which are camouflaged among high tree branches. The tribesmen crack open the hives and share the sweet spoils of victory with their bird friends…

A trio of zoologists led by Claire Spottiswoode, an African bird researcher at the University of Cambridge in the UK, has just documented this astounding relationship. The particular players are Yao tribesmen in Mozambique and wild local birds called honeyguides…As the zoologists describe in a paper published…in the journal Science, the communication and cooperation goes both ways. When the birds spy a beehive on their own, they can find a nearby human, get his or her attention with a signature chirp, then flit from tree to tree toward the hive. Yao tribesmen can solicit the help of nearby honeyguides with their own unique hail, a birdcall handed down through countless generations.

❝ “What’s remarkable about the honeyguide-human relationship is that it involves free-living wild animals… [which] evolved through natural selection, probably over the course of hundreds of thousands of years,” Spottiswoode says. Nobody is training these birds. On their own, the birds can’t crack open beehives, and the hives are often hidden away from human eyes. So everybody wins. Well, except the bees.

Interesting article, interesting experiment. A few new questions raised, of course. This is proper science, after all.

Donald J. Trump, until now a Republican problem, this week became a challenge the nation must confront and overcome. The real estate tycoon is uniquely unqualified to serve as president, in experience and temperament. He is mounting a campaign of snarl and sneer, not substance. To the extent he has views, they are wrong in their diagnosis of America’s problems and dangerous in their proposed solutions. Mr. Trump’s politics of denigration and division could strain the bonds that have held a diverse nation together. His contempt for constitutional norms might reveal the nation’s two-century-old experiment in checks and balances to be more fragile than we knew.

Any one of these characteristics would be disqualifying; together, they make Mr. Trump a peril. We recognize that this is not the usual moment to make such a statement. In an ordinary election year, we would acknowledge the Republican nominee, move on to the Democratic convention and spend the following months, like other voters, evaluating the candidates’ performance in debates, on the stump and in position papers. This year we will follow the campaign as always, offering honest views on all the candidates. But we cannot salute the Republican nominee or pretend that we might endorse him this fall. A Trump presidency would be dangerous for the nation and the world.

RTFA, please. Read it and weep if you ever were a Republican in the traditional history of that party. Though Trump and his acolytes found their politics on fear and fascism, the only thing we have to fear is the number of ignorant voters who will use the electoral process deliberately distorted by class and race prejudice by today’s Republican Party.

Get off your butts, folks. All of you. We only have a bit over three months to put a halt to this insanity.

Thanks to Ursarodinia and many more 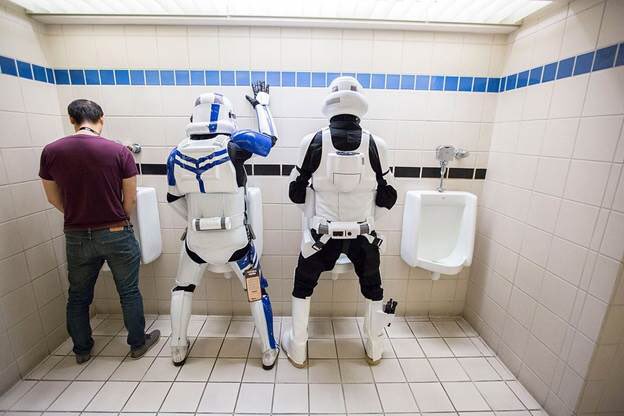 — folks would be in real trouble if it were held in North Carolina.

❝ A Netherlands-based Kickstarter campaign wants to use drones to get rid of landmines in the next decade.

The Mine Kafon Drone is an aerial vehicle that can map landmine-rich environments, do effective sweeping searches with metal detectors, and plant detonators before escaping to a safe distance—all without a single living foot touching the ground.

It’s a drone that could potentially save thousands of lives, with the body and chassis of something reminiscent of an Imperial Probe Droid.

Or one of those squid-like things from The Matrix.

❝ Still, the world would be a better place with a few hundred of these running around.