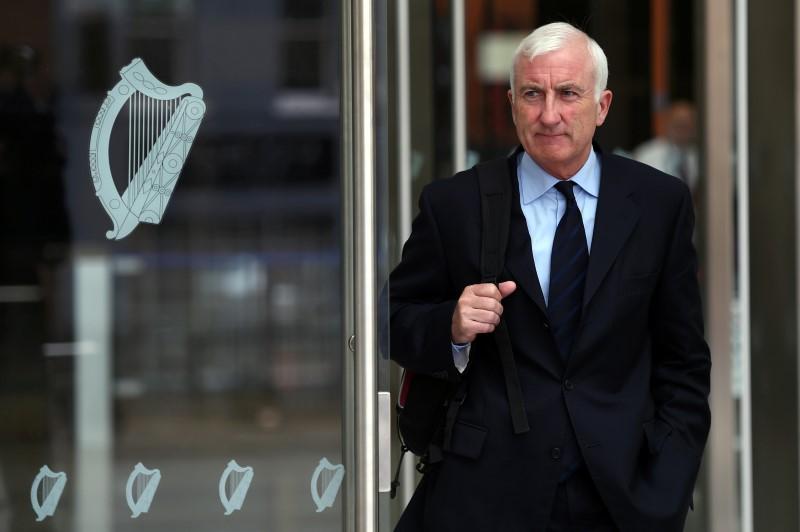 Denis Casey on his way to the Joy — Clodagh Kilcoyne/Reuters

❝ Three senior Irish bankers were jailed on Friday for up to three-and-a-half years for conspiring to defraud investors in the most prominent prosecution arising from the 2008 banking crisis that crippled the country’s economy.

The trio will be among the first senior bankers globally to be jailed for their role in the collapse of a bank during the crisis.

❝ The lack of convictions until now has angered Irish taxpayers, who had to stump up 64 billion euros – almost 40 percent of annual economic output – after a property collapse forced the biggest state bank rescue in the euro zone.

The crash thrust Ireland into a three-year sovereign bailout in 2010 and the finance ministry said last month that it could take another 15 years to recover the funds pumped into the banks still operating.

Willie McAteer, former finance director at the failed Anglo Irish Bank, and John Bowe, its ex-head of capital markets, were given sentences of 42 months and 24 months respectively.

All three were convicted of conspiring together and with others to mislead investors, depositors and lenders…

❝ None of the defendants reacted visibly to the sentencing before being led away by officers to Mountjoy Prison, the country’s largest…

Overdue. Throw away the key.

❝ Banks in the United States and Britain have paid billions of dollars in fines and settlements connected to wrongdoing over their handling of subprime loans that helped cause the crisis. But no senior industry executives in those countries have been sent to jail.