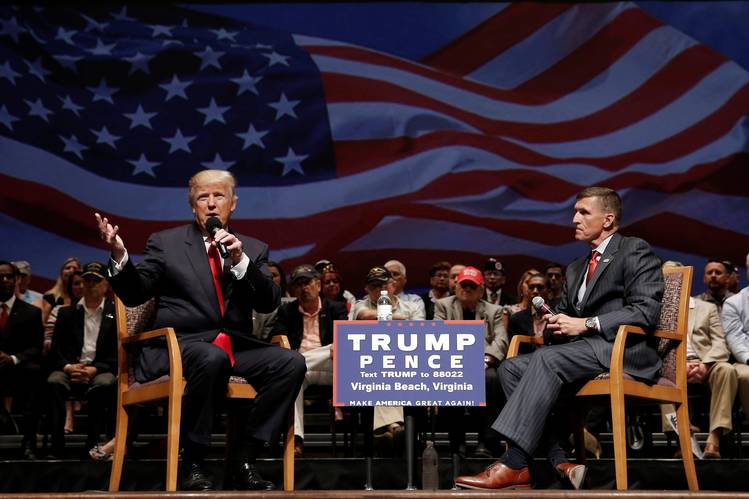 ❝ Donald Trump went on CNBC this morning, and, over the course of a wide-ranging interview, once again reminded the world of the most fundamental fact about his candidacy — he doesn’t really seem to understand any aspect of American public policy.

…He was allowed to ramble and dissemble across a variety of topics — including who sets interest rates, how monetary policy impacts the economy, and how his own money is invested, finding time for a racist personal attack against a rival politician.

“I believe it’s a false market,” Trump said of the current state of American stocks. “I don’t even invest in the stock market.”

❝ Trump’s personal financial disclosures to the Federal Election Commission have been fairly skimpy given the complicated nature of his finances, but they clearly show that he does in fact own millions of dollars in stock…

❝ Then for good measure, he called Elizabeth Warren “Pocahontas.”

❝ In a normal election cycle, a candidate making an offhand racist remark about a sitting US senator would be a big news story…

In a normal election cycle, a candidate making an offhanded lie about the state of his personal finances would be a big news story.

Seriously. Stop. Take a breath. Now imagine if Mitt Romney had run exactly Mitt Romney’s campaign but then suddenly in mid-September went on television and called Elizabeth Warren Pocahontas for no reason. It would have been huge.

❝ This year, basically nothing. Trump being kinda racist is a dog-bites-man story…Trump lies all the time, so that’s not a big deal…His business dealings pose such obvious and flagrant conflicts of interest and ethics problems that lying about his stock holdings doesn’t seem like a big deal.

❝ Separately, one of Trump’s top policy advisers went on CNN this morning to denounce “this whole, you know, Trans-Pacific trade agreement with China.”

The Trans-Pacific Partnership is not a trade agreement with China. It includes 12 countries and none of them is China…

“All this was inspired by the principle — which is quite true within itself — that in the big lie there is always a certain force of credibility; because the broad masses of a nation are always more easily corrupted in the deeper strata of their emotional nature than consciously or voluntarily; and thus in the primitive simplicity of their minds they more readily fall victims to the big lie than the small lie, since they themselves often tell small lies in little matters but would be ashamed to resort to large-scale falsehoods. It would never come into their heads to fabricate colossal untruths, and they would not believe that others could have the impudence to distort the truth so infamously. Even though the facts which prove this to be so may be brought clearly to their minds, they will still doubt and waver and will continue to think that there may be some other explanation. For the grossly impudent lie always leaves traces behind it, even after it has been nailed down, a fact which is known to all expert liars in this world and to all who conspire together in the art of lying.” —  Adolf Hitler, Mein Kampf, vol. I, ch. X

❝ An federal appeals court will consider whether the government can bar people from taking pictures of their ballots in voting booths. The First Circuit Court of Appeals in Boston will hear arguments Tuesday whether it is a violation of free expression or a way to prevent fraud.

❝ New Hampshire became the first state to prohibit ballot selfies in 2014. The law makes it a crime, punishable by a fine of up to $1,000, for voters to take pictures of their ballots and post them on social media. The law was blocked a year ago by a federal judge, and the state appealed. This law was amended from one in 1979 that makes it illegal for a voter to show a ballot to someone else with the intention of disclosing how the person plans to vote.

❝ Three New Hampshire residents, who are challenging the law, took selfies as they voted, including writing in the name of his dog who had died a few days earlier for the U.S. Senate.

❝ Snapchat is among the groups seeking to end the bans, writing in an April brief, “The ballot selfie captures the very essence of that process as it happens — the pulled lever, the filled-in bubble, the punched-out chad — and thus dramatizes the power that one person has to influence our government.”

New technology, namely the smartphone, is in conflict with concerns about vote buying that date to the 1800s…

❝ One year ago, enforcement of a similar ban in Indiana was blocked by a federal court. Federal District Court Judge Sarah Evans Barker called the law “a blunt instrument designed to remedy a so-far undetected problem” in reference to vote buying.

Today’s idjit version of the Republican Party is in love with the whole 19th Century legend of illegal voting. Our “moderate” Republican Governor here in New Mexico let the Secretary of State waste over $200,000 investigating undocumentados registering and voting in state elections.

She came up with 12 people who registered – all of whom apparently thought they were required to register. Only 2 ever actually tried to vote and when the mistake was explained to them – they left the polling place peacefully. Not exactly a great use of taxpayer dollar$.

❝ August 2016 was the warmest August in 136 years of modern record-keeping, according to a monthly analysis of global temperatures by scientists at NASA’s Goddard Institute for Space Studies…

❝ Although the seasonal temperature cycle typically peaks in July, August 2016 wound up tied with July 2016 for the warmest month ever recorded…

“Monthly rankings, which vary by only a few hundredths of a degree, are inherently fragile,” said GISS Director Gavin Schmidt. “We stress that the long-term trends are the most important for understanding the ongoing changes that are affecting our planet.”

The record warm August continued a streak of 11 consecutive months dating back to October 2015 that have set new monthly high-temperature records.

❝ The monthly analysis by the GISS team is assembled from publicly available data acquired by about 6,300 meteorological stations around the world, ship- and buoy-based instruments measuring sea surface temperature, and Antarctic research stations. The modern global temperature record begins around 1880 because previous observations didn’t cover enough of the planet.

Nothing like having a clear idea of how human beings are screwing up the planet.

Well, actually a small number of human beings. Like 1%.