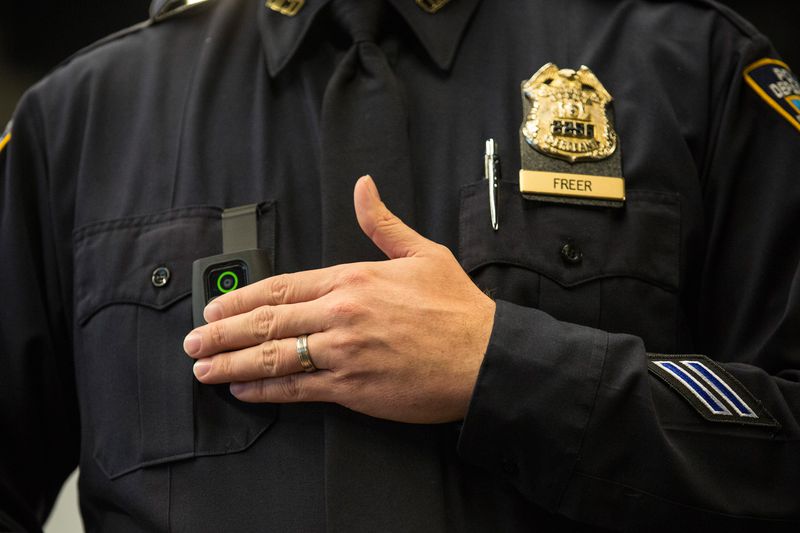 ❝ Video won’t solve everything, but it sure seems effective at holding cops accountable.

With first-degree manslaughter charges filed against the Tulsa, Oklahoma, police officer who shot and killed Terence Crutcher, there is now a clear, recurring theme in police shooting cases: Video — whether from a body, cellphone, or dashboard camera — truly works for holding police accountable.

❝ Now, video doesn’t always work perfectly. There are still issues with how the public can access video maintained by the police — like in North Carolina, where police shot and killed Keith Lamont Scott, but have so far refused to release video of the shooting. And there are valid concerns surrounding privacy, how and when officers can turn cameras on, cases where cameras don’t work or aren’t at the right angle, and more.

❝ But when the camera is on, the public can see the situation unfold, and investigators can examine the video as evidence, there have now been multiple cases in which the video seemingly led to charges against a police officer — a real attempt to hold cops accountable for wrongdoing.

❝ Time and time again, the video won the day. In the past, the public and prosecutors would have had to rely on a police officer’s account and maybe some eyewitnesses’ testimony to decide whether a shooting was justified — and almost always side with police in such cases, because the public by and large saw cops as trustworthy. Now, we have video to show just how dishonest police can be after they kill someone.

Still, these are charges. The police officers involved in these shootings will still need to go to trial and be convicted before they’re truly punished for the shootings…

❝ The National Police Misconduct Reporting Project analyzed 3,238 criminal cases against police officers from April 2009 through December 2010. They found that only 33 percent were convicted, and only 36 percent of officers who were convicted ended up serving prison sentences. Both of those are about half the rate at which members of the public are convicted or incarcerated.

❝ But video evidence has proliferated over the past few years, thanks to cameras on mobile devices and more police departments adopting body cameras and dashboard cameras. Video managed to lead to charges in cases where there likely wouldn’t have been charges before. Maybe it will lead to convictions where there wouldn’t have been convictions before…

Still, the charges are, by themselves, important. They signal to police that prosecutors and the public are more serious about holding them accountable.

Police misconduct against minority communities is the rule rather than the exception. Anyone who has lived on those streets knows who rules – and the rules of law and equal rights do not apply. Easy access to video technology is slowly proving that point to the larger community of Americans.

If I’m sitting and chatting with another geek about mobile phones one of the first things I let them know about is the ACLU mobile justice project. How to load an app on their cellphone that instantly communicates to a protected server via cloud and cell services. Record that video! It’s safe even if someone in a blue uniform decides to confiscate and destroy your phone. ❝ August tied July as the hottest month on record, according to NASA data released this past week. This year we’ve seen half a dozen thousand-year floods, along with epic droughts. Mother Nature is telling us there’s a problem. The long-term trend lines are clear. Yet we have a Republican presidential nominee who has repeatedly called climate change a “hoax.”

“Perhaps there’s a minor effect,” Donald Trump told The Washington Post’s editorial board, “but I’m not a big believer in man-made climate change.”

❝ So it goes in the madhouse of the climate debate. Even as the evidence has become unmistakable, and even though the alarm has been sounded several times, public policy has been paralyzed — sometimes from ignorance, sometimes from uncertainty, but often from a campaign of deliberate misinformation.

Click here to view some of the worst offenders.