❝ Chinese and Canadian scientists say they have successfully carried out a form of teleportation across an entire city.

The two teams working independently have teleported near-identical versions of tiny particles called photons through cables across Calgary in Canada and Hefei in Anhui province.

The forms of teleported photons were destroyed in one laboratory and recreated in another more than 8km apart in the two cities through optical fibre.

Similar experiments have been carried out before, but only within the same laboratory.

❝ A physicist not involved in either of the studies said the research was a step forward in the development of a “quantum internet”, a futuristic particle-based information system that could be much more secure than existing forms of digital data.

❝ Teleportation, the foundation for such a network, has largely been the realm of science fiction, and other scientists say the research is still a very long way from teleporting people or objects.

But in his commentary on the research in the scientific journal Nature Photonics, French physicist Frederic Grosshans said the two experiments clearly showed that teleportation across metropolitan distances was technologically feasible.

There are differences in approach between the two groups of researchers. RTFA for details – and a pleasant nudge to your imagination, eh? 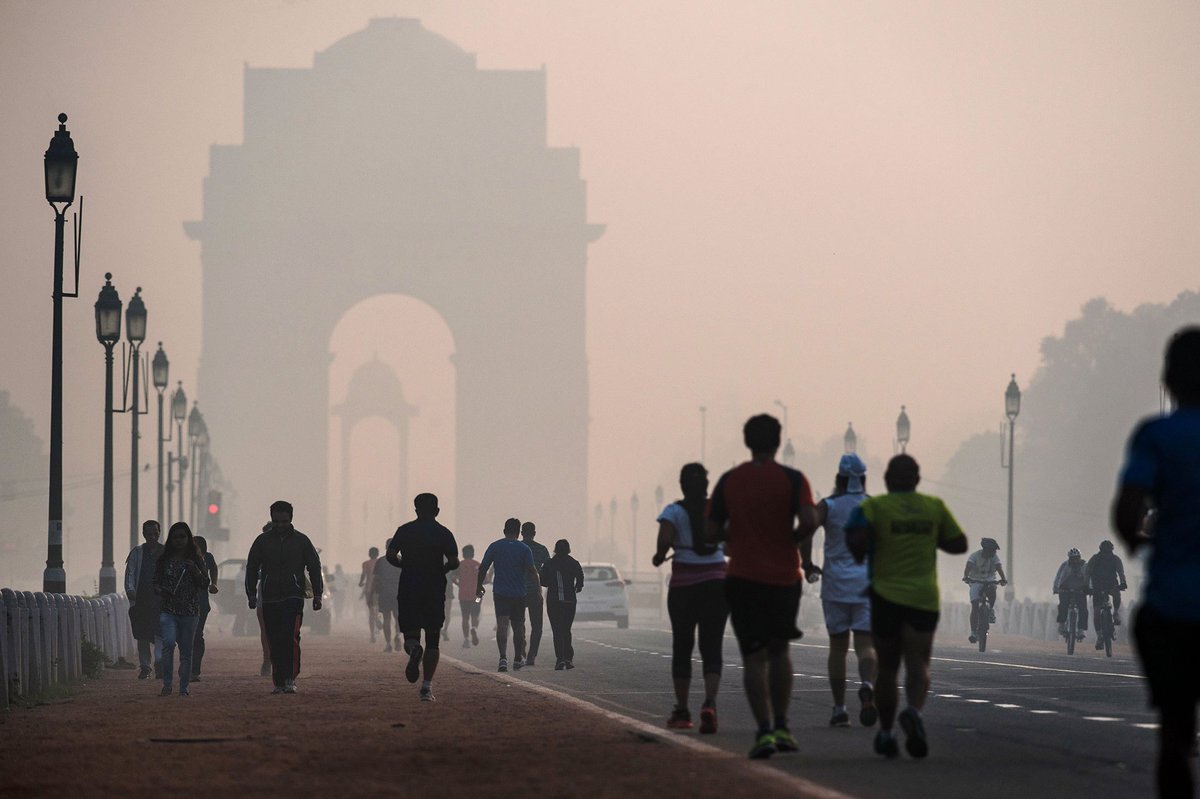 The World Health Organization — which has previously found that indoor and outdoor air pollution killed a shocking 7 million people globally in 2012 — released a new analysis Tuesday underscoring the extent of the risk, which seems to grow worse and worse the more we learn about how damaging tiny airborne particles can be to our health.

Most strikingly, the new report, which combines local data with a global model to determine the extent of deadly air pollution across the planet even in places where there are no instruments recording it, finds that 92 percent of people suffer under pollution levels that are worse than WHO standards (as of 2014). The vast majority of deaths are in developing countries. The document calls air pollution the “largest environmental risk factor.”

Of greatest concern is a form of pollution called PM2.5, referring to particles smaller than 2.5 micrometers. The global health agency believes that a concentration greater than 10 micrograms per cubic meter of these fine particles in the air qualifies as dangerous. The great risk is that the particles are so small that they can be inhaled, travel into the lungs, and enter the bloodstream…

In general, developed nations such as the United States have managed to clean their air substantially in recent years, but WHO has found that in developing countries the burden remains quite high. A previous report from earlier this year from the agency found that the Indian capital city of Delhi had annually averaged PM2.5 levels of 122, or more than 12 times the safe level…

In other words, Air pollution is improving in rich countries, but it’s still getting worse in most developing countries. Netflix released a eerie original film noir this month called Meridian that combines a classic detective tale with bizarre visuals, loud special effects, and creepy imagery. The 12-minute film got 1.5 stars and a few reviews on Netflix. But it wasn’t made for casual viewers. It was released for developers and engineers…

Netflix is giving away the project for free on Xiph.org, which houses a collection of test media, so hardware manufacturers, codec developers, and even competitors like Amazon can experiment with it, Variety reported. They can test the performance of their algorithms and the way streams look on different devices using the footage, which is listed under the Creative Commons 4.0 license. It’s part of how Netflix is pushing Hollywood to think more like Silicon Valley.

“It’s a weird story wrapped up in a bunch of engineering requirements,” Chris Fetner, Netflix’s director for content partner operations, told the publication…

The film has top notch specs, so developers and engineers are working with highest quality Netflix streaming currently offers. It was shot in 4K HDR video with 60 frames per second with a peak brightness level of 4000 nits and Dolby Atmos audio…

Cinema nuts will enjoy the piece regardless. Interesting knowing you’re watching a technical lecture at the same time.