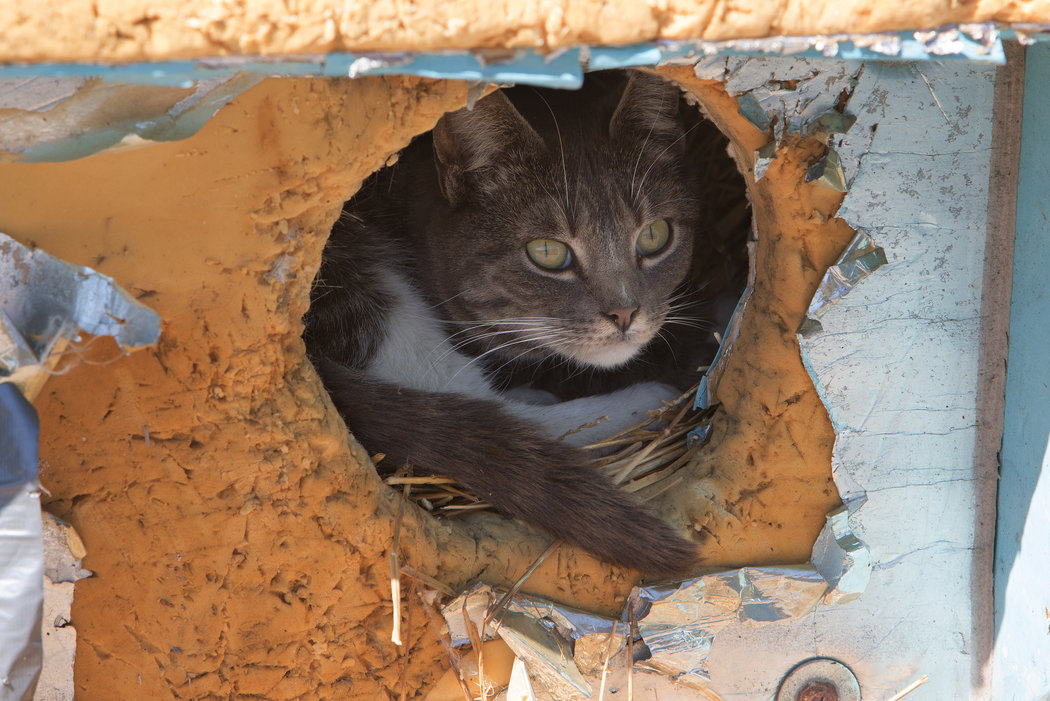 ❝ A group of volunteers trained by the NYC Feral Cat Initiative traps wild cat colonies that have become a nuisance or been threatened by construction, then spays or neuters and vaccinates them. The goal is to return them to their home territory, but some end up in areas rife with rats.

Feline rat patrols keep watch over city delis and bodegas, car dealerships and the grounds of a Greenwich Village church. Four cats roam the loading dock at the Jacob K. Javits Convention Center, where food deliveries and garbage have drawn rodents for years…

The program is run through the privately funded Mayor’s Alliance for NYC’s Animals, a coalition of more than 150 animal rescue groups and shelters. It estimates as many as half a million feral and stray cats roam New York’s five boroughs…

❝ The cat population is controlled through spaying and neutering, provided free of charge by the Humane Society of New York and the ASPCA. In most cases, adoption is out of the question for feral cats because they are just too wild to be domesticated.

Thanks to the volunteers, says Marshall, “we’re protecting wildlife in the city, and the cats get a second chance at life.”

Interesting anecdotes in the article – and a common sense approach to feral urban animals. Spayed, neutered, and most important, vaccinated, they stand a chance for a complete lifespan.

One thought on “Feral cats deployed in war on rats”