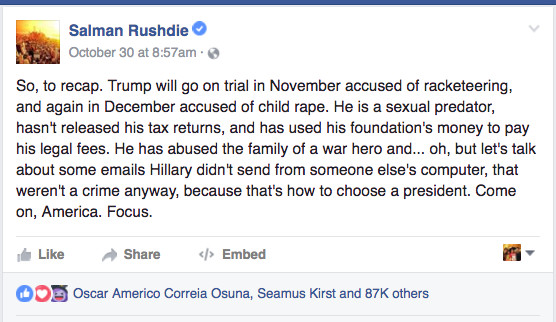 But, this is sufficient for most honest, knowledgeable folks to get it.

❝ The 132-foot-long unmanned and unarmed prototype, dubbed Sea Hunter, is the naval equivalent of Google’s self-driving car, designed to cruise on the ocean’s surface for two or three months at a time – without a crew or anyone controlling it remotely.

❝ The Pentagon’s new unmanned submarine chaser is currently undergoing at-sea testing off the coast of California…The prototype vessel, known as Anti-Submarine Warfare (ASW) Continuous Trail Unmanned Vessel (ACTUV) or Sea Hunter for short, is built to track enemy submarines over thousands of miles of ocean for months at a time and without a single crew member on board.

❝ In the video below, the ACTUV is actually testing its Towed Airborne Lift of Naval Systems (TALONS) system, which could be towed behind boats or ships carry out intelligence, surveillance, reconnaissance (ISR), and communications ops by extending the equipment range compared to a ship’s mast.

❝ DARPA signed a Memorandum of Agreement with the Office of Naval Research in September 2014 to jointly fund an extended test phase of an ACTUV prototype. The vessel was christened in 2016 in Portland, Oregon. Pending the results of those tests, the program could transition to the Navy by 2018.

To be followed by a Marvel movie released in the summer of 2019.