Sure has been a while…

❝ There are times when a confluence of events creates a rare opportunity. The U.S. now is at one of those moments…

❝ Campaign promises were made by the president-elect to upgrade infrastructure;
The U.S. federal debt is almost $20 trillion;
The U.S. has both a high credit rating and a stable, growing economy;
There is a worldwide shortage of sovereign, A-rated bonds;
Negative interest rates are prevalent around the world;
The U.S.’s infrastructure is outdated and deteriorating;
Interest rates are very low, but will likely rise in the near future;
The president-elect comes to office with a background in real-estate development and understands the use of debt.

❝ If this were an equation, the above points would result in an obvious answer: the refinancing of long-term debt and obligations at the lowest possible rate for the longest possible time. I am suggesting that the U.S. issue bonds that mature in 50 or 100 years…

❝ Improving U.S. roads, highways, bridges and tunnels as well replacing or constructing new transport systems is a two-part project: first, commit to making the basic repairs to counter the effects of wear, tear, weather and age. One part of the solution is to fully fund the national Highway Trust Fund by raising the federal gasoline tax. Second, use long-term bonds to upgrade the transportation system, electrical grid and water works that are so crucial to the U.S.’s well-being.

RTFA for the details of Barry Ritholtz’ outline in the issuance and sale of bonds up to 100 year term. We wouldn’t even be the first in North America on the street. Doesn’t lessen the sensible character of his proposal.

Presidents and First Ladies of China and Ecuador, this week

❝ An expected U.S. economic retreat from Latin America under Donald Trump is causing the region’s leaders to look halfway around the world, to China, for help weathering the possible financial headwinds.

They’ll have the perfect opportunity to make their appeal this week when Chinese President Xi Jinping attends a Pacific Rim summit as part of a visit to Ecuador, Peru and Chile…

❝ Over the past decade China has displaced the U.S. as the main trading partner in country after country in Latin America as demand for the region’s soybeans, oil and iron ore fueled the fastest growth in decades. But more recently, as China’s demand for raw materials has been slowing, the region’s economies have taken a hit, dampening the once-torrid love affair with the world’s second-biggest economy.

❝ Margaret Myers, a China expert at the Washington-based Inter-American Dialogue, said that most South American countries have awoken to the pitfalls of dependence on commodity exports and would prefer closer ties to the U.S., which buys the sort of manufacturing goods that generate more jobs.

“But the question is whether the U.S. will reciprocate,” she says. “Nobody in the region is expecting much from Trump in terms of really productive policy. That leaves room for China to play a much more important role.”…

❝ To be sure, a U.S.-China trade war would have ripple effects across Chinese industry that would also depress demand for Latin America’s raw materials.

But for now Chinese businessmen attending the APEC summit see nothing but potential.

As far as I can see – in the view from Lot 4 – China’s foreign policy is more likely to result in mutual growth. Certainly, a predictable difference between investing nations whose “long-term” view means the next election, if not the next quarter – on one hand – and investing nations and parties concerned with a five to ten-year window of change. Usually, progressive in being focused on stable growth.

❝ It was a haboob. The word is Arabic and means “blowing or drifting,” and to meteorologists it is the term used to describe intense dust storms inherent to arid regions.

Arcing across the sky landscape stretching dozens of miles from end-to-end, these dust storms can reach up thousands of feet in the air, and move across the landscape at highway speeds.

❝ While these monstrous haboobs with their menacing shelf clouds hold astonishing beauty, they can be incredibly dangerous. Often accompanied by 60 mph winds or higher, they can pack a serious punch as they steam-roll across the landscape. In addition to the strong winds, the dust can cause visibility to drop to zero in heart beat, blocking out the sun turning day to night, and making it nearly impossible to see until the winds die down and the dust settles…

Phoenix is the haboob capital of the United States. I’ll just leave that alone as a straight line. 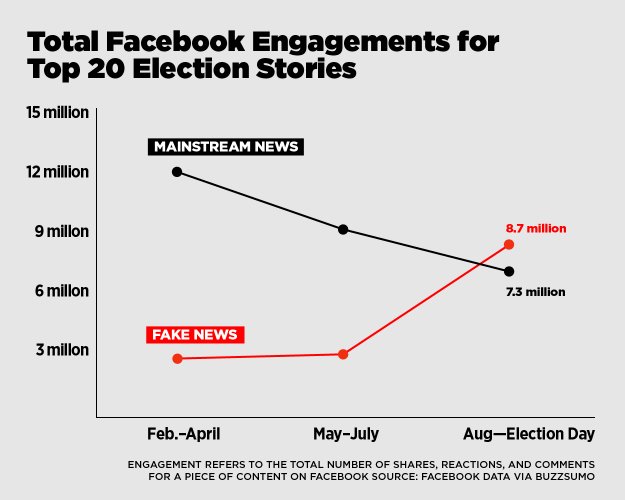 ❝ Business Insider’s Alyson Shontell called Facebook CEO Mark Zuckerberg’s reaction to this criticism “tone-deaf.” His public stance is that fake news is such a small percentage of the stuff shared on Facebook that it couldn’t have had an impact. This even while Facebook has officially vowed to do better and insisted that ferreting out the real news from the lies is a difficult technical problem.

❝ Just how hard of a problem is it for an algorithm to determine real news from lies?

During a hackathon at Princeton University, four college students created one in the form of a Chrome browser extension in just 36 hours. They named their project “FiB: Stop living a lie.”

The browser plug-in then adds a little tag in the corner that says whether the story is verified.

Game, set and match. Facebook is one of the sponsors of that hackathon. Better take a closer look at the coders, Zuck.