❝ In the modern era of presidential politics, no candidate has ever won the popular vote by more than Hillary Clinton did this year, yet still managed to lose the electoral college. In that sense, 2016 was a historic split: Donald Trump won the presidency by as much as 74 electoral votes (depending on how Michigan ends up) while losing the nationwide vote to Clinton by 2 million votes and counting.

❝ But there’s another divide exposed by the election, which researchers at the Brookings Institution recently discovered as they sifted the election returns. It has no bearing on the election outcome, but it tells us something important about the state of the country and its politics moving forward.

Clinton, in other words, carried nearly two-thirds of the American economy…

❝ This appears to be unprecedented, in the era of modern economic statistics, for a losing presidential candidate. The last candidate to win the popular vote but lose the electoral college, Democrat Al Gore in 2000, won counties that generated about 54 percent of the country’s gross domestic product, the Brookings researchers calculated. That’s true even though Gore won more than 100 more counties in 2000 than Clinton did in 2016.

In between those elections, U.S. economic activity has grown increasingly concentrated in large, “superstar” metro areas, such as Silicon Valley and New York.

But it’s not the case that the counties Clinton won have grown richer at the expense of the rest of the country — they represent about the same share of the economy today as they did in 2000. Instead, it appears that, compared to Gore, Clinton was much more successful in winning over the most successful counties in a geographically unbalanced economy…

❝ “This is a picture of a very polarized and increasingly concentrated economy,” said Mark Muro, the policy director at the Brookings metro program, “with the Democratic base aligning more to that more concentrated modern economy, but a lot of votes and anger to be had in the rest of the country.”

RTFA for details, methods of research. My first response in terms of political economy is that Trump voters have been represented for decades by conservatives – Republicans or Democrats – who don’t care a rat’s ass about the human condition in their districts. They’re fixated on the same old rusty dusty economics that conservatives have blathered about forever in the GOUSA. Balanced budgets are more important than schools, doing things the way grandpa did is more important than leading the way to a new economy.

Humbug for losers – who behave just as they believe they should. Obedient, accept lies and deceit as gospel truth. Ignore hard data.

❝ Plastic pollution in the sea gives off a smell that attracts foraging birds, scientists have found…The discovery could explain why seabirds such as the albatross swallow plastic, causing injury or death.

The smell, similar to the odour of rotting seaweed, is caused by the breakdown of plankton that sticks to floating bits of plastic…About 90% of seabirds have eaten plastic and may keep some in their bellies, putting their health at risk…

“We found a chemical on plastic that these birds typically associate with food, but now it’s being associated with plastic…And so these birds might be very confused – and tricked into consuming plastic as food.”…

❝ The chemical – dimethyl sulfide – has a characteristic sulphurous odour associated with boiling cabbage or decaying seaweed…It is also produced in the oceans through the breakdown of microscopic algae or phytoplankton, which collects on plastic.

Seabirds with a keen sense of smell, including albatrosses, petrels and shearwaters, can detect this odour, which they associate with food.

What a species we are. Most critters are smart enough not to crap in their own nest. But, the world is our whole nest, folks. We need to require those who despoil our oceans and continents to take responsibility for their mess. And, better yet, stop them from making a mess in the first place. 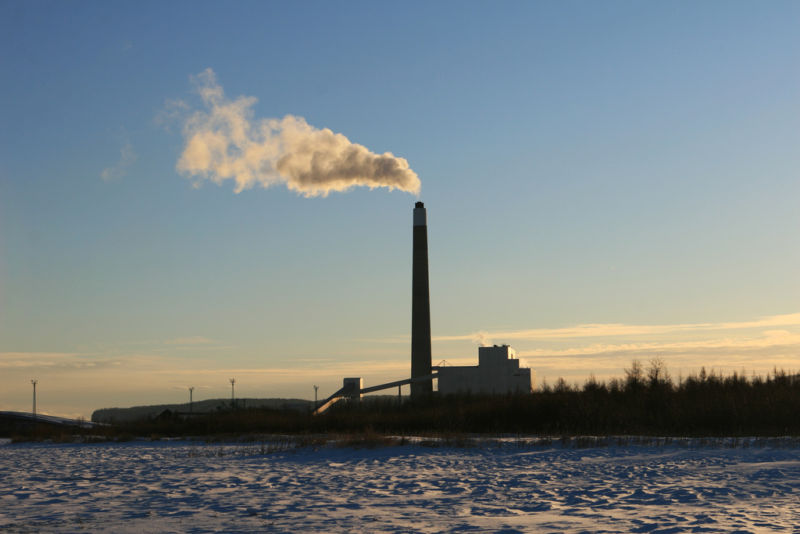 ❝ While US President-elect Trump has promised to bring jobs back to the coal-mining industry despite market forces favoring cheaper natural gas, America’s northern neighbor is pressing to move beyond the fuel that started the Industrial Revolution.

On Monday, Minister of Environment and Climate Change Catherine McKenna announced a plan to completely phase out coal-burning power plants by 2030 — unless those plants capture and store their carbon dioxide emissions.

❝ In October, Prime Minister Justin Trudeau announced that all provinces would be required to implement carbon emissions pricing programs by 2018. British Columbia has had a carbon tax since 2008, while Alberta will have a carbon tax starting on January 1. Ontario and Quebec are already operating carbon cap-and-trade schemes. Either sort of program will fulfill the requirement as long as the price per ton of emissions meets the federal standard.

❝ While Canada currently gets about 80 percent of its electricity from “non-emitting sources” (renewables and nuclear), it is aiming to hit 90 percent by 2030…to reduce Canada’s greenhouse gas emissions by 30 percent below 2005 levels…

Bravo! Hope some of that good sense leaks over the border into the brains of American politicians, American voters.