❝ In fact, most of you always could. That isn’t stopping the food industry from making a mint on gluten-free products. 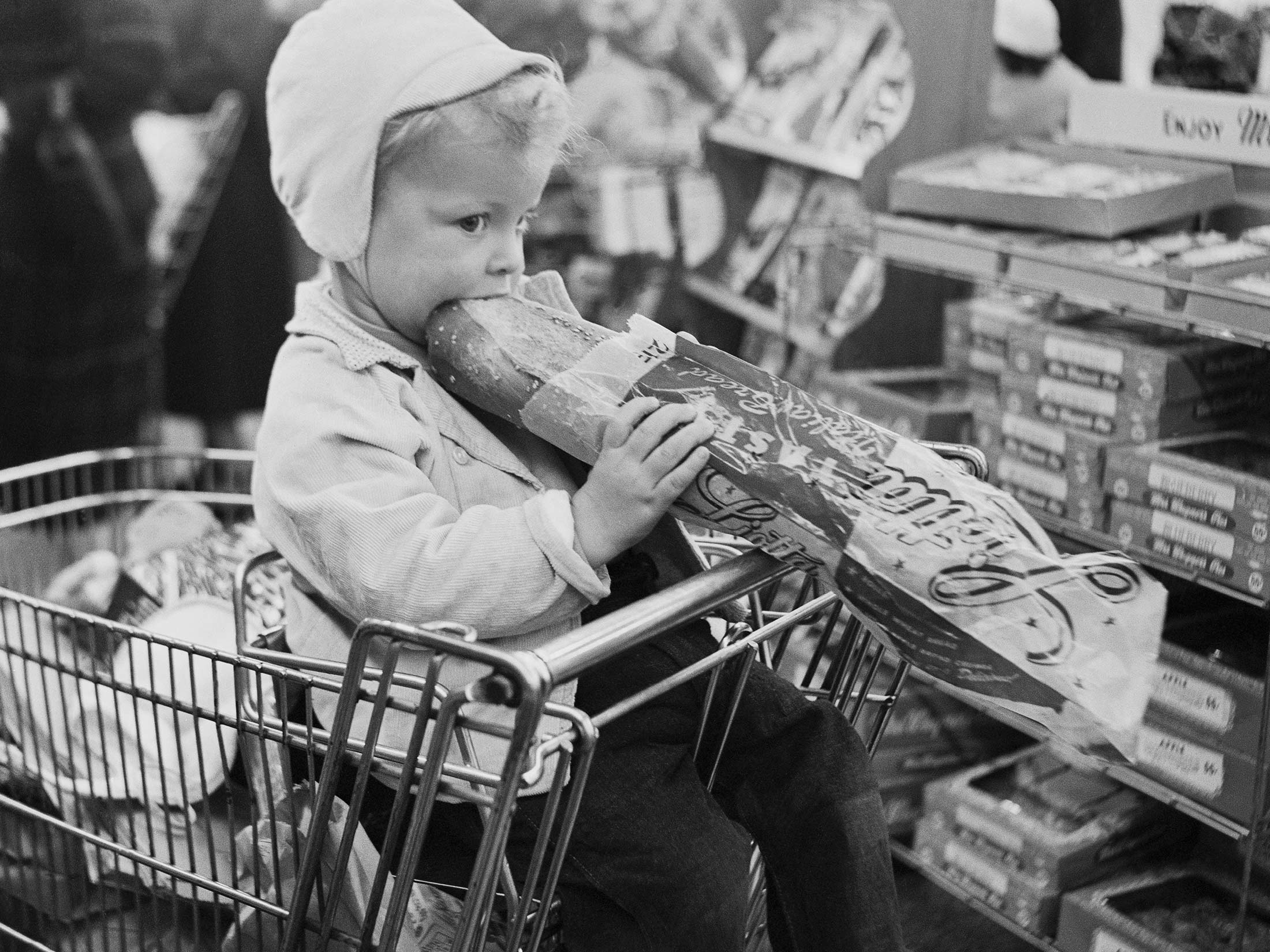 ❝ Only 1 percent of the U.S. population has been diagnosed with celiac disease, yet gluten-free products are still filling up—and flying off—grocery store shelves. U.S. sales reached $1.57 billion last year, up 11 percent over 2014, according to data from Packaged Facts.

Sure, that growth has slowed — it was at 81 percent in 2013. But it still runs laps around the grocery sector’s overall growth of 3 percent. In the cereal aisle, for example, where sales have been declining for the past decade, claims such as “gluten-free,” as well as “GMO-free” and “no high-fructose corn syrup” have made for one of the few bright spots, according to a recent Nielsen report…

❝ Avoiding gluten while dining out is also getting easier. Although some restaurants are now celebrating grain, others are touting their gluten-free options. “Gluten-free” was on 23.6 percent of menus this year, beating out “organic” (21 percent), “locally” (14.2 percent), and “all natural” (8.9 percent), according to DataSsential Menu Trends. That’s a big jump from 2014, when it was on only 15 percent of menus, and organic was still the health term to beat, appearing on about 19 percent of U.S. menus…

❝ The top reason for purchase? Thirty percent responded that “some products that I buy for other reasons are marked gluten-free.” Nearly as many — 29 percent—said they buy them because “gluten-free products are generally healthier,” and 20 percent said they make the purchase to manage their weight. Other surveys confirm these findings. NPD Group found that about one in four consumers thinks “gluten-free is good for everyone.”

❝ Healthcare professionals say this is a misconception — people without a related diagnosis don’t need to avoid gluten.

I didn’t have to sit around waiting for Bloomberg to publish this little article. As is my habit, when I see food purveyors ramping up production of something that reads like a fad diet, I start looking for articles from recognized sources of medical and nutritional information based on science – not profit or popularity.

I’d already learned the size of the legitimate market. I was able to compare that to what I saw in the markets where I shop. Fortunately, folks working in local stores belonging to national chains specializing in natural and organic foodstuffs have an obvious sense of humor. Signs appeared in both stores for gluten-free water, gluten-free carrots, and on and on.

Yes, they carried a chunk of the newly-expanded catalogue of wheat-free, gluten-free products. Some folks need them. Provide useful access for those who benefit and you may as well sit back and get your share of the fad from the rest.

RTFA for more details. Think you have a problem with nutrition? Consult a good doctor. Hopefully, you already have one. There are plenty around, at least, it feels like it in my neck of the prairie.

❝ Stanford researchers assessed students from middle school to college and found they struggled to distinguish ads from articles, neutral sources from biased ones and fake accounts from real ones.

❝ If the children are the future, the future might be very ill-informed.

That’s one implication of a new study from Stanford researchers that evaluated students’ ability to assess information sources and described the results as “dismaying,” “bleak” and “a threat to democracy.”…

❝ Middle school, high school and college students in 12 states were asked to evaluate the information presented in tweets, comments and articles. More than 7,800 student responses were collected.

In exercise after exercise, the researchers were “shocked” — their word, not ours — by how many students failed to effectively evaluate the credibility of that information.

The students displayed a “stunning and dismaying consistency” in their responses, the researchers wrote, getting duped again and again. They weren’t looking for high-level analysis of data but just a “reasonable bar” of, for instance, telling fake accounts from real ones, activist groups from neutral sources and ads from articles.

RTFA and spoil your weekend. Or not. Maybe you’re not surprised. The details are kind of overwhelming.

Asked how Cuba achieved the highest literacy rate in the world…“We have the lowest student-teacher ratio and spend five times as much on schools than war – the opposite of what the United States does.”

❝ A new study is the first to show that living organisms can be persuaded to make silicon-carbon bonds–something only chemists had done before. Scientists at Caltech “bred” a bacterial protein to make the man-made bonds–a finding that has applications in several industries.

❝ Molecules with silicon-carbon, or organosilicon, compounds are found in pharmaceuticals as well as in many other products, including agricultural chemicals, paints, semiconductors, and computer and TV screens. Currently, these products are made synthetically, since the silicon-carbon bonds are not found in nature.

The study is also the first to show that nature can adapt to incorporate silicon into carbon-based molecules, the building blocks of life. Scientists have long wondered if life on Earth could have evolved to be based on silicon instead of carbon…Carbon and silicon are chemically very similar. They both can form bonds to four atoms simultaneously, making them well suited to form the long chains of molecules found in life, such as proteins and DNA…

❝ In the new study, the goal was not just to improve an enzyme’s biological function but to actually persuade it to do something that it had not done before…

After only three rounds, they had created an enzyme that can selectively make silicon-carbon bonds 15 times more efficiently than the best catalyst invented by chemists. Furthermore, the enzyme is highly selective, which means that it makes fewer unwanted byproducts that have to be chemically separated out.

Evolution is an opportunist process. To me, it seems logical that elements with solid mutating capabilities are as likely to evolve into life forms as readily as carbon given a realistic setting.