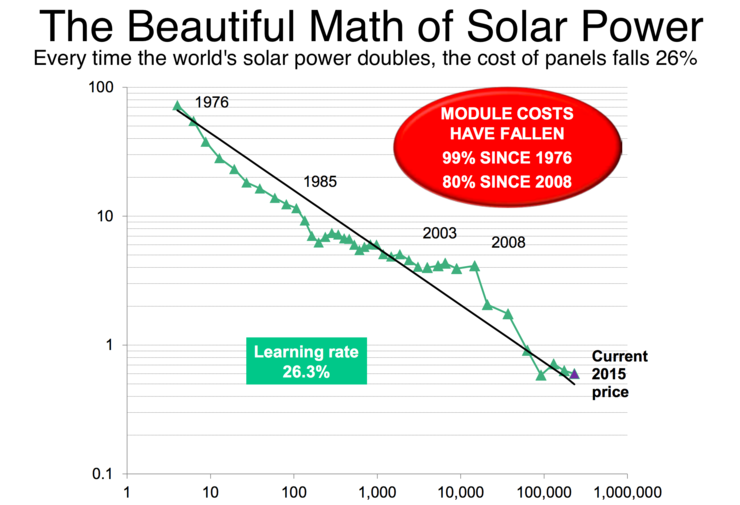 A responsible leader doesn’t forget the name of a government agency that he wants to shut down. A responsible leader studies the department in detail, learning all of the things that it does, and thinks about how things would change if the department were abolished. And so for Perry, that “oops” moment was enough to persuade voters that he lacked the firm grasp of the facts needed in a presidential candidate. He soon abandoned the race…

❝ In reality, the department was created in an effort to increase government efficiency by combining of a bunch of existing agencies. One of these was the Energy Research and Development Administration, the successor to the Atomic Energy Commission, which itself grew out of the Manhattan Project. That agency managed the U.S.’s nuclear weapons programs. This is still one of the Energy Department’s jobs — it includes the National Nuclear Security Administration, which oversees the safety of the U.S. nuclear stockpile.

Let that sink in a moment…

The Energy Department’s roots in nuclear energy also show that it wasn’t simply a response to high oil prices. Government support for nuclear power boomed in the 1950s, when oil was cheap. The goal wasn’t to avert a fossil-fuel crunch, but to give humanity even cheaper sources of power.

❝ That’s still the department’s goal. As Bloomberg New Energy Finance reports, solar energy is now cheaper than coal power in many places, even without government subsidies, and is getting cheaper still. As a partial result of this technological improvement, coal is on the wane, while solar is booming. Scaling plays a huge part in this process.

Solar’s rise hasn’t come because of a fundamental technological leap, but because of learning curves. As production rises, prices tend to fall…

That means the Energy Department’s subsidy programs, which encouraged solar growth back before the economics made sense, probably had a hand in jump-starting the era of abundant energy that we now see stretching before us.

❝ More to the point, we should just stop rewarding intellectuals and politicians for casually calling for the abolition of government agencies in the absence of understanding what they actually do.

No doubt, my call is likely to fall on deaf ears, at least while the Trump administration is in power: Perry has…been nominated to head the Energy Department.

Noah Smith is one of the best and brightest of today’s young American economists. He is a Bloomberg View columnist. He was an assistant professor of finance at Stony Brook University, and he blogs at Noahpinion. He’s definitely worth following on Twitter @Noahpinion.