❝ Two more tropical disease-carrying mosquitoes have been found on the U.S. mainland for the first time, caught in traps near Florida’s Everglades.

The scientists involved say this could raise the risk of mosquito-borne viruses reaching people and birds, but health officials say it’s too early to sound an alarm.

Think they’d keep their jobs if they raised an alarm with a thug like Scott as governor?

❝ In the traps, they discovered that native species were crowded out by thousands of Culex panocossa mosquitoes and hundreds of Aedeomyia squamipennis mosquitoes.

Both species can be found on a few Caribbean islands as well as from Mexico into South America. They lay their eggs on water lettuce — invasive weeds that float in the canals, drainage ditches and other waterways crisscrossing Florida neighborhoods.

“‘Hundreds’ is substantial, particularly when you get a hundred from a single trap. This is not a single specimen that blew in from a storm — this is a reproducing species,” Burkett-Cadena said.

❝ About 15 invasive mosquitoes now live in Florida, including nine that have arrived in the last decade. One, Aedes aegypti, is blamed for spreading the Zika virus, along with dengue fever and chikungunya.

The new arrivals are another sign that climate change, along with increased tourism and global trade, has made Florida more hospitable to exotic species, Burkett-Cadena said.

Populistus teabagocrap isn’t an exotic species in any of the Old Confederate states. Top it off with a governor from the latest generation of neo-con Republican and you won’t find any attention paid to potential disasters which reflect climate change. Rick Scott made a career from profiteering from the sick and poor. Then, he turned to politics and didn’t change a beat in his anti-science bongo solos. 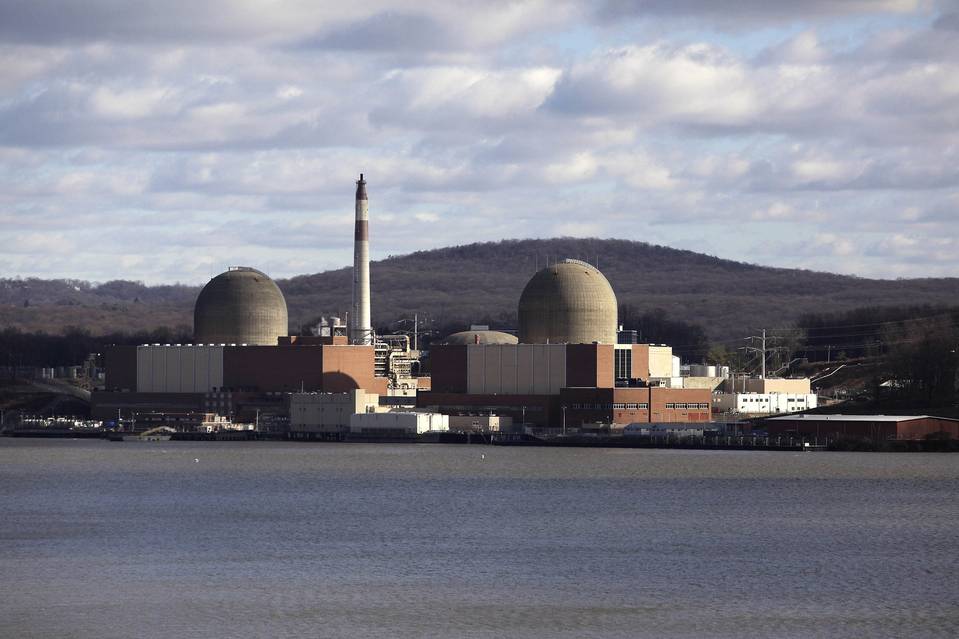 ❝ Entergy Corp. has reached an agreement with New York officials to close the Indian Point nuclear power plant in 2021, bringing an end to a long-running dispute over the future of the reactors located just 25 miles north of New York City.

New York Governor Andrew Cuomo had pushed for years to close Indian Point because of what he says are radioactive risks it poses to the city. The company agreed to the shutdown as the plant struggled to compete with lower-cost energy sources, including natural gas and renewable energy. The closure completes Entergy’s exit from its merchant power business…

❝ Five nuclear plants have shut in the U.S. in the past five years with about 20 gigawatts of capacity expected to retire by 2040, according to the U.S. Energy Department. Cuomo has supported measures that would keep reactors in upstate New York operating despite lower power prices. Workers will get access to retraining, according to the statement…

Entergy will take a non-cash impairment charge of $1.5 billion after tax in the fourth quarter of 2016. In addition, the company said it will record additional charges of about $180 million related to severance and other employee expenses through 2021…

❝ Meanwhile, environmental groups praised the landmark deal led by Riverkeeper, which has filed legal challenges to Indian Point and was part of the negotiations with the state and Entergy.

Ordinary folks keeping to their principles, willing to commit to the long fight against one of the most entrenched segments of American capitalism – get themselves a victory.

You know, living in a society generally governed by ideologues maintained in office by an ignorant electorate, it’s easy to let cynicism overwhelm the optimism derived from science, a liberal knowledge base and confidence in history’s advances. Best to get the word out and about when a long hard struggle heads into a win.

Asteroid 2017 AG13 came within half the distance from Earth to the moon as it buzzed by early Monday morning at 4:47 a.m. PT. The fly-by happened shortly after scientists at the Catalina Sky Survey first discovered the space rock on Saturday…

❝ 2017 AG13 isn’t so big it would have meant an extinction-level event had it been a direct hit. But if a good size chunk of it made it through Earth’s upper atmosphere near a populated area, there might have been damage like we saw in 2013 when a bolide collided with the atmosphere over the Russian city Chelyabinsk. In that event, a fireball streaked over the city, releasing 500 kilotons of energy as it ran up against some serious resistance from Earth’s atmosphere and exploded, blowing out windows all over town in the process.

❝ The asteroid is about 11 to 34 meters across, according to the Slooh Observatory, and moving very fast relative to Earth at 16 kilometers per second. That speed, coupled with 2017 AG13’s dim brightness level, made it difficult to spot with telescopes.