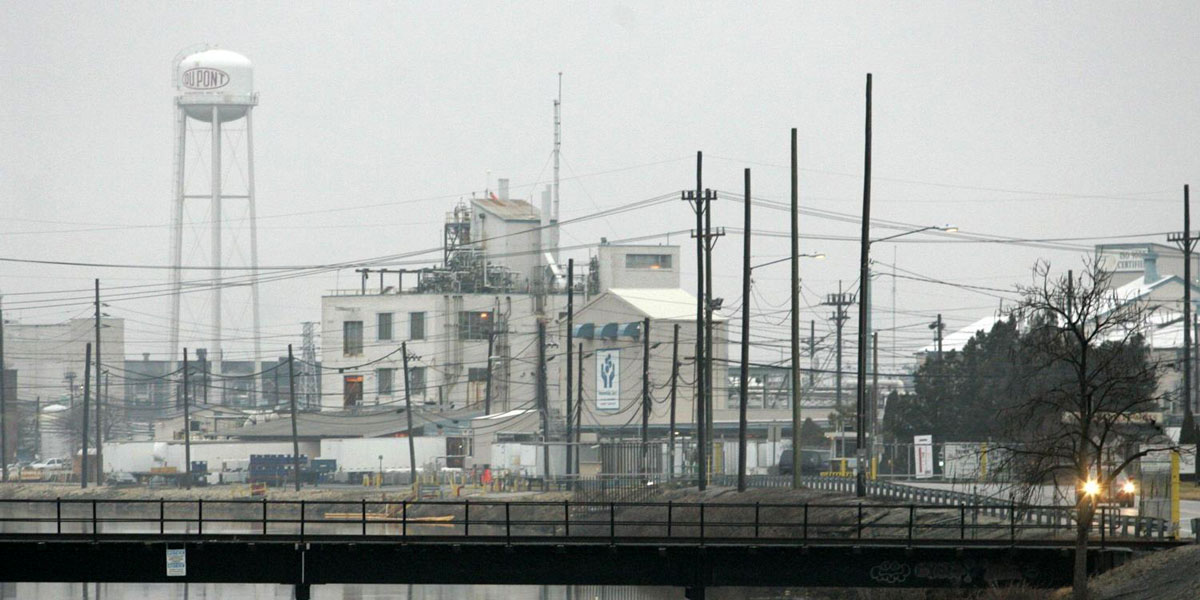 ❝ A small town in New Jersey has sued DuPont for $1.1 billion, claiming it dumped more than 100 million lbs. of toxic waste into soil and water near the Delaware River, “a disaster worse than Exxon Valdez” that will take 1,000 years to clean up.

❝ Carneys Point Township is a town of about 8,000 near the eastern end of the Delaware Memorial Bridge. Its December lawsuit in Salem County Superior Court involves the cleanup of the Chambers Work Site, where Teflon was invented in 1938.

The site has been linked to cancer clusters in the area, which includes Carneys Point.

❝ DuPont began operating at the site in 1892 as a gunpowder mill, then transformed it onto a 1,400-acre chemical manufacturing complex that used hazardous substances including mercury, benzene and ethyl chloride.

Thousands of New Jersey residents have sued DuPont for contaminating their drinking water at the site. One such case was settled in 1993 for almost $40 million. DuPont did not admit liability…

❝ The town asks the court to calculate the penalties due under the Industrial Site Recovery Act — tens of thousands of dollars per day multiplied by years, and compel DuPont to establish a remediation trust as required by law.

It says the remediation trust should be $1.126 billion…

DuPont spokesman Dan Turner declined to comment on the lawsuit.

Not especially interested in what DuPont PR flacks have to say in the company’s defense. Responsibility is the operative process. DuPont must be made to pay up for the damages caused to generations of residents by their careless, thoughtless, profit-mills.