But, a good photo op with the scumbag-in-chief can’t be passed up. 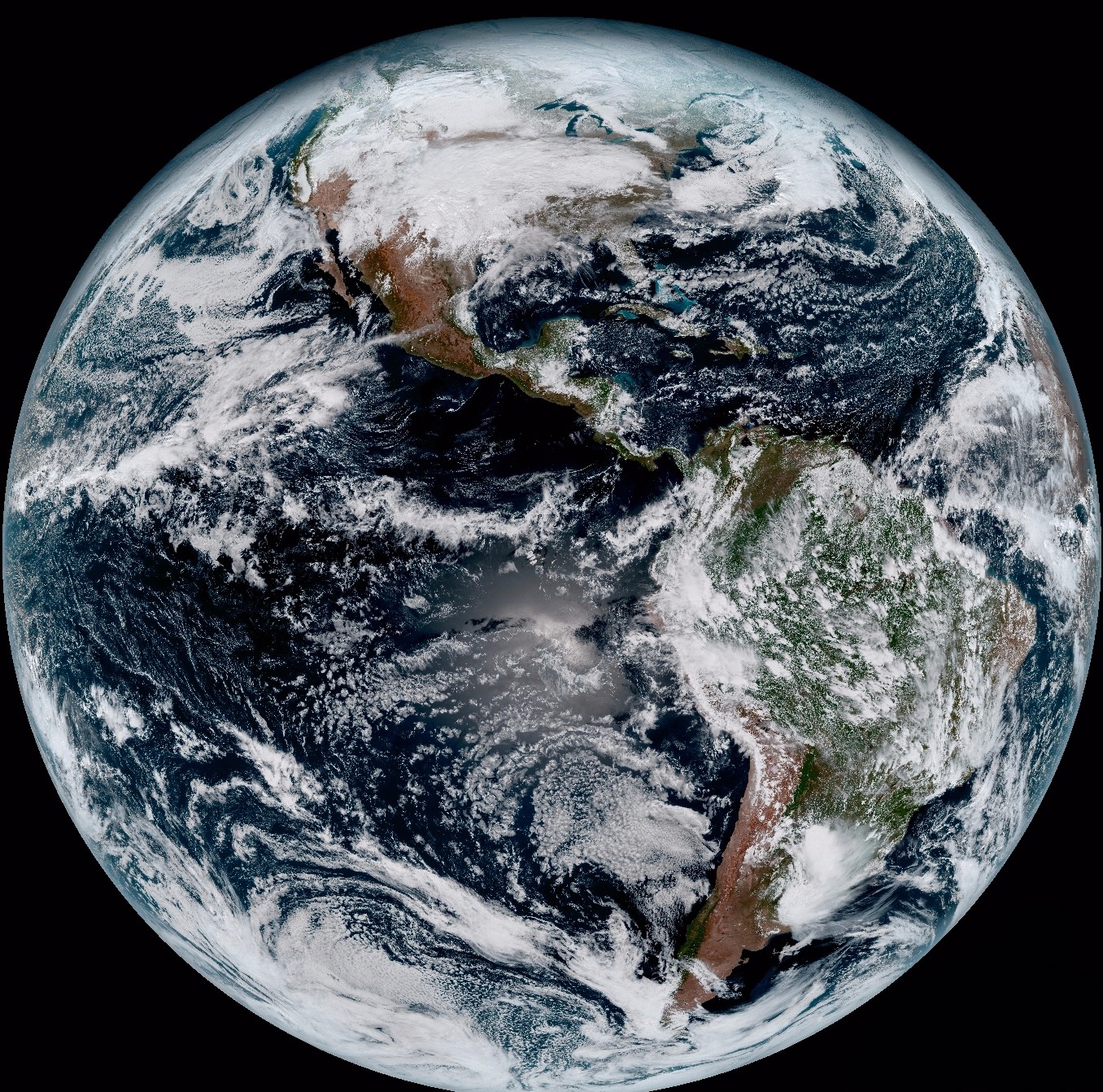 Since the GOES-16 satellite lifted off from Cape Canaveral on November 19, scientists, meteorologists and ordinary weather enthusiasts have anxiously waited for the first photos from NOAA’s newest weather satellite, GOES-16, formerly GOES-R.

The release of the first images today is the latest step in a new age of weather satellites. It will be like high-definition from the heavens…

The pictures from its Advanced Baseline Imager (ABI) instrument, built by Harris Corporation, show a full-disc view of the Western Hemisphere in high detail — at four times the image resolution of existing GOES spacecraft. The higher resolution will allow forecasters to pinpoint the location of severe weather with greater accuracy. GOES-16 can provide a full image of Earth every 15 minutes and one of the continental U.S. every five minutes, and scans the Earth at five times the speed of NOAA’s current GOES imagers.

Remember when our government and pretty much every American citizen was proud of our science, our achievements in space? Think about the creeps in charge of the White House and Congress who would rather shut this work down and go back to forecasting weather events with the entrails of chickens. Think about the fools who vote for even bigger fools who don’t want your kids to learn any science.