Filed with the U.S. Court of Appeals for the 9th Circuit in support of a lawsuit from Minnesota and Washington states, the brief boasts signatories mainly from the tech realm, including the likes of Facebook, eBay, Microsoft, Netflix, Intel, Twitter and Uber…Consumer goods companies like Levi Strauss and Chobani also backed the filing.

❝ …Amazon and its CEO Jeff Bezos are already backing the originating lawsuit lodged by Washington state’s attorney general. The suit, which on Friday resulted in a temporary restraining order against Trump’s ban, survived an attempted emergency stay initiated by the Department of Justice over the weekend…

❝ “The Order represents a significant departure from the principles of fairness and predictability that have governed the immigration system of the United States for more than fifty years,” the brief stated. “The Order inflicts significant harm on American business, innovation, and growth as a result.”

The companies go on to note immigrants or their children founded more than 200 companies — tech or non-tech —currently listed on the Fortune 500 list. Apple itself was co-founded by Steve Jobs, the son of a Syrian immigrant.

Lots of mainline old American firms missing from this one. If everyone stood up to be counted against all the issues already uniting millions of Americans opposed to Trump’s proto-fascist claptrap – we’d be guaranteed removal of his Congressional flunkies by mid-term and the so-called president in four years.

❝ U.S. President Donald Trump must not be allowed to address the U.K. Parliament during a state visit to Britain, House of Commons Speaker John Bercow said.

❝ Prime Minister Theresa May invited Trump to visit the U.K., but there have been calls by lawmakers not to give the president the honor of addressing both houses of Parliament after he introduced a ban on people from some majority-Muslim countries traveling to the U.S.

“I feel very strongly our opposition to racism and to sexism and our support for equality before the law and an independent judiciary are hugely important considerations in the House of Commons.”

❝ Bercow said he has a veto over a speech in Westminster Hall, the oldest part of the Houses of Parliament, and would block one. And it would be a breach with tradition if Trump spoke in the Royal Gallery behind the Lords without his name on the invitation, he said.

Now, we just need to get Congress up to the same standard. 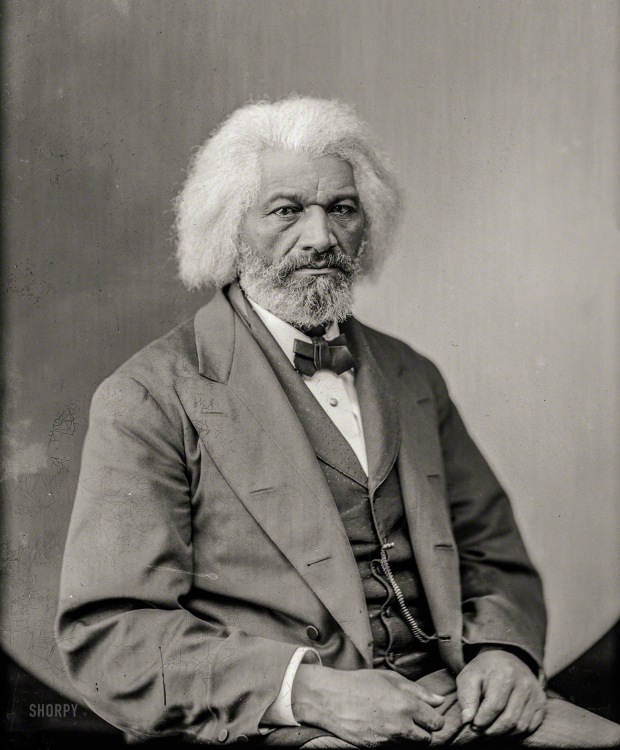 “This struggle may be a moral one, or it may be a physical one, and it may be both moral and physical, but it must be a struggle. Power concedes nothing without a demand. It never did and it never will. Find out just what any people will quietly submit to and you have found out the exact measure of injustice and wrong which will be imposed upon them, and these will continue till they are resisted with either words or blows, or with both. The limits of tyrants are prescribed by the endurance of those whom they oppress.”