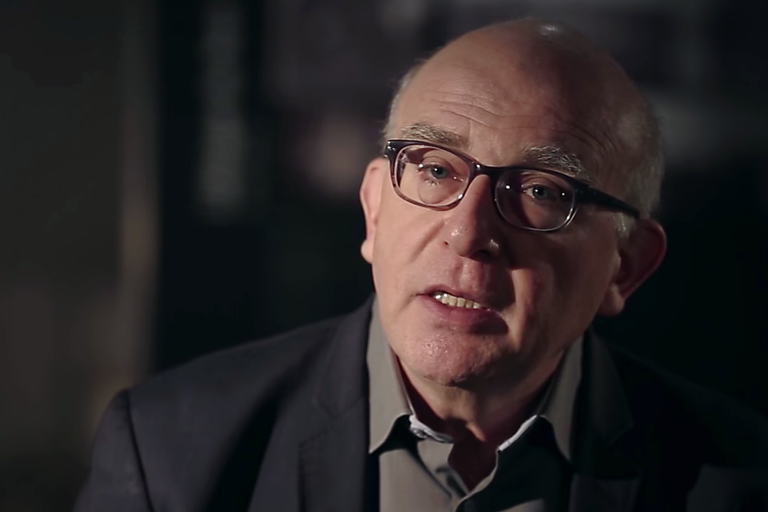 ❝ A French historian on his way to a conference in Texas was detained for 10 hours by US border officials and threatened with deportation.

Officials at Texas A&M University said Henry Rousso was going to be returned to Paris as an illegal alien “due to a visa misunderstanding”…The university stopped the deportation with help from a law professor, local news website The Eagle reported.

❝ “I have been detained 10 hours at Houston International Airport about to be deported,” Mr Rousso, 62, confirmed in a tweet on Saturday…

The Egyptian-born Jewish scholar, a senior researcher at the French National Center for Scientific Research, is a specialist on French World War Two history.

❝ Texas A&M University had announced to the conference on Friday that Mr Rousso had been detained upon arriving at Houston airport on Wednesday.

Senior official Richard Golsan said there had been a misunderstanding regarding the parameters of his visa, The Eagle reported.

“When he called me with this news two nights ago, he was waiting for customs officials to send him back to Paris as an illegal alien on the first flight out,” Mr Golsan told the meeting.

Ms Marouf described the behaviour of customs officials as an “extreme response”…”It seems like there’s much more rigidity and rigour in enforcing these immigration requirements and the technicalities of every visa,” she said…

❝ Mr Rousso went on to attend the conference and thanked his supporters in a post on Twitter.

“Thank you so much for your reactions. My situation was nothing compared to some of the people I saw who couldn’t be defended as I was,” he said.

The pettiness of government flunkies can be distressing under the best of circumstances. Civil service at the base level in the United States is often akin to traditional jobs for “Cousin Ernie” who can’t find employment anywhere – so, you pay to stick him into the state highway department. Add the stress of our so-called president and his demented band of bigots to the equation and this sort of crap will become more and more common.

Legality, common courtesy, sense and sensibility have little or nothing to do with a job chartered in the mind of populist mobs as pest control. The horde will be served. Their Fearless Leader demands obedience.

❝ RADIO signals emerging from the newly-discovered ‘TRAPPIST-1’ planetary system have been decoded by linguistic experts at NASA, confirming the existence of extraterrestrial lifeforms who want ‘no part of Earth’s bullshit’.

❝ There was great excitement from astronomy enthusiasts earlier this week following the discovery of seven planets in the ‘habitable’ zone of a nearby solar system; planets which seemingly had all the criteria for supporting life.

However, this was eroded somewhat today when NASA announced that lifeforms on the third of these planets seemed to be ‘standing very still as if not to be noticed’, much like how someone would hide behind the sofa in their house if a TV licence inspector or debt collector came to the door.

❝ …A signal from the planet was received and later translated, and appears to show that the alien lifeforms were well aware of the existence of Earth.

❝ “‘They’ve found us, well that’s just tickety-fucking-boo’. The conversation then breaks down into a series of back-and-forth arguments where the aliens appear to blame each other for being found, with one very vocal creature appearing to be furious that Earthlings may now attempt to travel to the new planet. ‘Why did you have to have the telly on so fucking loud?’, they say”.

Click through to the article. Sounds like they really don’t care to have anything to do with Earth cultures. Hmmm.

❝ Wind farm developers installed more power than any other form of energy last year in Europe, helping turbines to overtake coal in terms of capacity…

“Wind and coal are on two ends of the spectrum,” said Oliver Joy, a spokesman for WindEurope, in an e-mail. “Wind is steadily adding new capacity while coal is decommissioning far more than any technology in Europe.”

❝ The group underscored that wind, which only produces power intermittently, hasn’t yet overtaken coal share in total power generation.

And, so, good sense marches hand-in-hand with a positive commitment to better living.