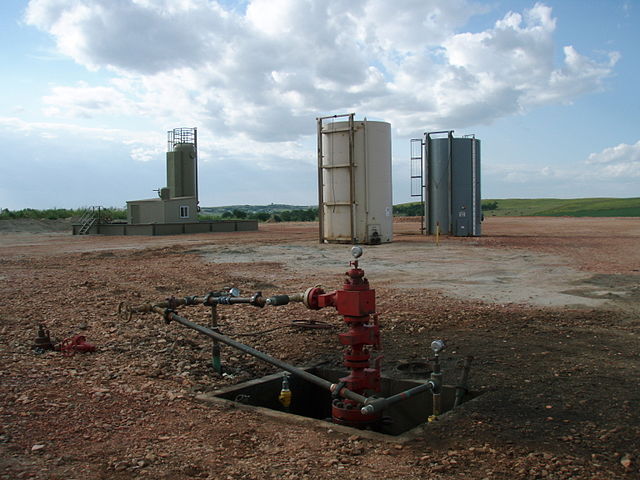 Give frackers a chance to match Ohio earthquakes with Oklahoma 🙂

❝ Superintendent Ken Amstutz dreamed of propelling his rural Ohio school district into a high-tech future with nearly a million dollars in annual revenue from a single wind farm set to go online this year.

That was until the state legislature blocked wind development across Ohio, halting construction of the Long Prairie Wind Farm and leaving Amstutz’s district in financial limbo…

❝ Revenue from the Long Prairie Wind Farm in Van Wert City would have delivered Chromebooks to every student in the district, Amstutz said. It would have ensured existing programs stay in effect and allowed the school to expand its science, math, and performing arts curricula. Teachers would have gotten raises, and the district would have had the resources to support new, innovative programs…

❝ A short drive up the road from Van Wert City Schools, students of Lincolnview Schools saw a different ending to the same story. That district benefits from a program that allows wind companies to provide a portion of their revenue to the local community — 80 percent to schools, 20 percent to the township — instead of paying taxes. Lincolnview’s clean-energy benefactor is the Blue Creek Wind Farm, which went up before the setback rule was changed. The project, which consists of 152 turbines that can power up to 76,000 homes, contributes $400,000 annually to local schools, funding classes like pre-engineering and biomedical.

“Additional revenue allows us to think out of the box and do something new,” said Linconview Superintendent Jeff Snyder. “We’ve been able to pay for new programs, classes, and technologies as a one-time expenditure. We’ve hired a couple of additional teachers, as well as a Special Ed director and a curriculum director… That money is not leaving our area to go somewhere else. It’s staying in our district to benefit our kids and future generations of students as well.”

❝ Lawmakers and lobbyists have seized on local opposition to wind power to pass policies that favor oil and natural gas — despite the fact that infrastructure-related risks, infringement on property rights, and nuisance issues used to justify the state’s aggressive resistance to wind can be common with fossil fuel extraction.

Like many Republicans or Conservative Democrats, fracking, problems with gas pipelines are nothing to be concerned about. No doubt they get their campaign checks right on time, too.

❝ There is still hope for the landowners, farmers, families, and schools of northwest Ohio who have not reaped the benefits of wind power…House Bill 190, introduced in 2015, would give setback and siting decisions to individual counties. If that bill is signed into law, schools across the state could see decades of revenue they desperately need.

Ohio state Sen. Cliff Hite (R), who voted for the bill that pulled the plug on Van Wert’s school funding, hopes to revive commercial wind development with HB 190. “I believe these projects should have the chance to thrive where people want them,” he said. “And I believe they will live to fight another day.”

The concept of elected officials providing leadership to a better future – instead of marching lockstep back into some imaginary past – remains an alien concept to an awful lot of Americans. Time to get up off your rusty- dusty folks and fightback.

❝ On the grand scale of Things President Trump Says That Are Inaccurate or Misleading, a tweet Monday morning about a poll from CNN rates fairly low. It’s hardly at the level of Trump’s false assertion that millions of votes were cast illegally, for example, or his untrue claim that his predecessor tapped the phones at Trump Tower. But it is notably Trumpian for a few simple reasons.

1. It was disparaging a poll that he once cited as accurate.

2. It was apparently a response to something he saw on TV.

3. It was about TV ratings.

❝ This appears to have come in response to discussion on CNN’s “New Day” program about 10 minutes before Trump’s commentary. Anchor Poppy Harlow mentioned a daily tracking poll of Trump’s approval, which on Saturday hit a new low of 37 percent. She pointed out, accurately, that Trump still has strong support from his base, and the conversation quickly moved on.

That tracking poll, though, isn’t from CNN. It was from Gallup. CNN was simply reporting on it, as Harlow noted after Trump’s tweet…

❝ The last part of Trump’s tweet on Monday, though, isn’t about polls, it’s about Nielsen ratings…

It’s a very social-media thing to do, to misinterpret something someone says and then try to insult them as deeply as you can. Perhaps it’s not terribly presidential — but it is very Trump.

Though many reasonable folks have pointed out that Trump has the semantical sense of a sixth-grader – we need a few news anchors noting that he has the emotional maturity to match.